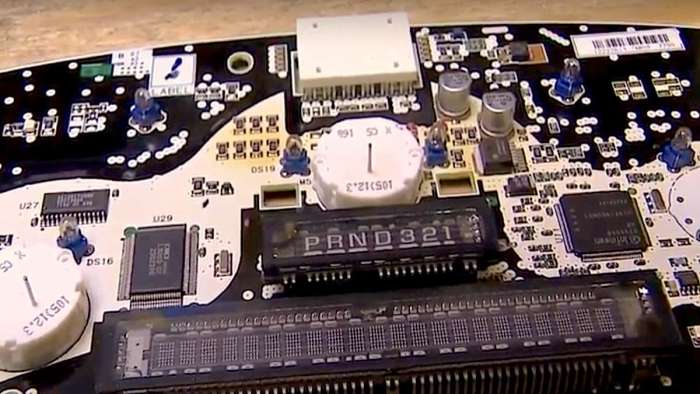 The Most Important Used Car Scam Everyone Should Be Aware About

Because of the demand and high prices commanded lately for used cars, car buyers need to be aware of the most important used car scam out there and what they can do to avoid becoming a victim of one the oldest used car dodges since approximately 1903.
Advertisement

Lately, we’ve discussed the used car market and how that this year has been especially significant. And not just for used car dealerships, but private sellers as well who are reselling their used vehicles at a profit.

As such we’ve focused on how to assess a used car’s value, what used car models to avoid, and how to properly inspect a used car before buying one. And then, there were some articles on scams perpetuated by unscrupulous dealerships.

Which brought me to what I consider to be one of the most insidious used car scams---and according to the New York Times recently---a growing problem that is costing consumers over billions of dollars a year: Odometer fraud.

The NHTSA (National Highway Traffic Safety Association) states that odometer fraud is the disconnection, resetting or alteration of a vehicle’s odometer with the intent to change the number of miles indicated. This includes detaching the odometer so as not to record its actual miles and then reattaching it at a later date.

Federal estimates report that of the approximately 40 million used cars sold each year, over half a million are vehicles with illegally altered mileage.

According to the NYT:

Altering a vehicle’s odometer reading has been illegal since 1972 and was further discouraged by the Truth in Mileage Act of 1986, which requires mileage disclosure when ownership is transferred. In 1994, federal odometer tampering statutes were reworded to underscore that the practice is illegal. But odometer rollbacks are still stubbornly common.

As it turns out, odometer fraud is not limited to unscrupulous dealerships or those flipping used cars to make a fast buck. In fact, it is a growing problem with dealership customers who lease a car and then exceed their mileage limits according to their leased car agreement.

For instance, a car customer who initially agreed to a cheaper low-mileage lease but then exceeded the contract limit, will typically incur penalty charges. An extra 5,000 miles a year during a four-year lease could translate into a $4,000 bill. It's not hard to see the motivation encouraging a car owner to break the law.

In addition, there is also the chronic criminal element that leases a vehicle with the intent of fraud using odometer rollback tricks.

It’s Both an Old Tech and New Tech Problem

It is common to imagine someone physically rolling back the numbers on an older model car with an analog odometer or switching out the dash instrument panel from a wreck with fewer miles. But the truth is that even modern digital odometers are relatively easy to falsify using automotive test equipment that can be bought online for only a few hundred dollars.

While auto manufacturers reputedly guard their odometer specs like dragons’ gold and apply digital encryption to prevent odometer fraud, history tells us that it’s only a matter of time before someone figures a way past such measures.

Furthermore, there is also the argument that car makers are not really interested in preventing odometer fraud in leased cars since they stand to profit by re-selling used leased cars at higher prices when the odometers show lower mileage. Go figure---it’s the used car consumers who pay the price.

For an informative real life example of how it’s the little guy who is the one who suffers from odometer scams, here is a useful YouTube video news story of how one scam was discovered---if not too late.

How to Spot Odometer Rollback Fraud on Your Used Vehicle

Protecting Yourself From Odometer Scams

While odometer fraud has become a high-tech problem, the good news is that it takes a relatively low-tech solution to protect yourself from an odometer scam whether from a dealership or a personal seller.

The Office of Odometer Fraud Investigation offers these odometer fraud detection tips to protect you the next time you buy a used car.

• Ask to see the title and compare the mileage on it with the vehicle’s odometer. Be sure to examine the title closely if the mileage notation seems obscured or is not easy to read.

• Compare the mileage on the odometer with the mileage indicated on the vehicle’s maintenance or inspection records. Also, search for oil change and maintenance stickers on windows or door frames, in the glove box or under the hood.

• Examine the tires. If the odometer on your car shows 20,000 or less, it should have the original tires. (You can determine if the tires are newer than the automobile by reading the origin date in the last four digits of the Department of Transportation code on the sidewall. If, for example, those digits are 1517, the tire was made during the 15th week of 2017.)

• Look at the wear and tear on the vehicle—especially the gas, brake and clutch pedals—to be sure it seems consistent with and appropriate for the number of miles displayed on the odometer.

• If you suspect fraud, contact your state’s enforcement agency.

For car enthusiasts or those interested in car maintenance, repair and care, be sure to look for future articles by this writer as I research the best instructional videos that show and tell what you need to know and do in order to properly take care of your car and save money at the same time.