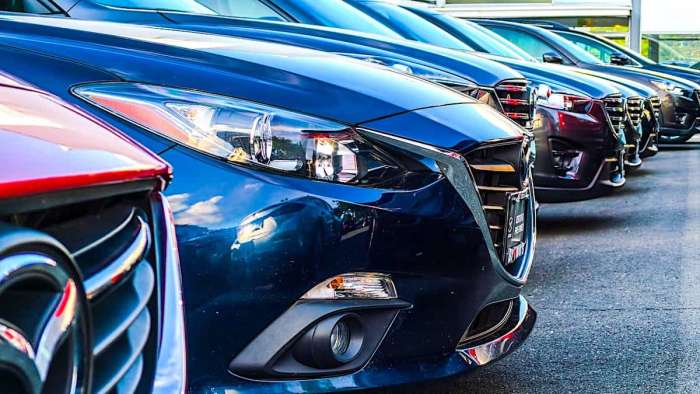 While buying your leased car is usually not very beneficial financially, there are the right times and conditions to do so---according to Consumer Reports car experts. Here’s how some car leasers actually made some significant money back by deciding to buy their leased vehicle after the lease ended due to a specific point in the contract when they first signed their lease.
Advertisement

Recently, we’ve learned that buying a used car is actually an attractive option toward car ownership and saving money. Especially if you know which models to avoid, how to evaluate the condition of a used car, and know what years some models demonstrated better reliability over the same model from different years.

This year, car dealers have been having a difficult time providing their potential customers with the vehicles they want. And a lot of this stems from how the pandemic led to a microchip shortage that has slowed down the availability of many new models for 2021---some of which require 30 to 100 per chips per car.

Experts forecast that the effects of the chip shortage on new car sales could last until sometime in 2023. And because of this, used cars have become hot items toward fulfilling the public demand. As a result, we’ve witnessed a significant uptick in the value of used cars---even those with mileage up to and over 100,000 miles on the odometer.

Similarly, Consumer Reports recently stated that, “According to data from TrueCar, a firm that tracks the automotive industry…used car prices were up 35 percent in June of this year compared with June 2018.”

An Aside: In fact, as I am writing this article, I had just received a repeat call from our Kia dealership offering me the opportunity to sell my spouse’s 2018 Sorento (with approximately 60,000 miles on it) back to them; or, trade-in for a newer model. The dealership agent told me that their used car market is facing a shortage and are trying to help their Kia customers find used models serviced regularly by their dealership. I declined, and as you read further, you will understand why.

What this means for those who have chosen to lease their vehicles rather than buy them when new, is that their now-used but relatively-still-new car has actually built-in some unexpected equity that can be passed off as savings to the original owners of the leased vehicle. And all because of the terms and conditions of the lease agreement.

Leasing vs Buying a Vehicle

The Pros and Cons

Two of the chief reasons why someone chooses to lease a car over buying one is that of convenience; and, that it allows a person to drive a new car every 2-3 years rather than wait at least twice that before buying a new vehicle.
Leasing a vehicle is a lot like renting an apartment over buying a house.

The pros of leasing a vehicle include:

• Typically lower monthly payments compared to financing a vehicle purchase.
• A smaller down payment is required to qualify for a lease versus a car loan.
• Driving a new or newer vehicle every few years.
• Having the option to purchase the vehicle at the end of the lease term.

And just like choosing to pay rent monthly: the money is gone forever, in comparison to investing in a mortgage and owning a house with growing equity. In other words, by leasing a vehicle you are paying a dealership for the right to use the car for a set period of time---typically two to four years. You will make payments monthly, the same way you would if you were repaying a car loan. However, at the end of the lease payment period, you don't own anything.

That explained then, there are other cons to leasing a vehicle that include:

• Limitations on the number of miles you can drive---typically 10,000 to 15,000 per year.
• Steep penalties for exceeding mileage limits.
• Penalties for excessive wear and tear on the leased vehicle.
• Desiring to end a lease early can incur an expensive added cost.

A vehicle lease is a contract between you and the car dealership from which you're leasing. When you sign a vehicle lease, you're agreeing to certain conditions set by the dealership that includes things like:

• The terms of the lease.
• Number of miles you're allowed to drive per year.
• Total number of miles you're allowed to accrue during the term of the lease.
• Penalties for exceeding the mileage limits.
• Maintenance requirements and responsibilities.
• Monthly lease payments and how they're calculated.
• Missed lease payment fine or repossession.
• Heavy charges for early termination of the lease.
• And most importantly of all, a purchase option to buy your leased vehicle under an agreed-upon-price calculated and set when the lease is signed. And that is what is especially relevant today: the value of your leased car could actually be higher today that what was expected and calculated 2-4 years ago.

According to a recent Consumer Reports analysis of the demand for used cars and the vehicle leasing situation today, there’s a good chance your leased vehicle has equity in it now that you could cash in on:

“There was no way for the folks that drew up leasing contracts a few years ago to know that those cars would be valued so high today,” says Jake Fisher, senior director of Consumer Reports’ Auto Test Center. “That means they likely already agreed to sell you a car for far less than what it’s worth today.”

For example, Jen Stockburger, director of operations at CR’s Auto Test Center, noticed that the buyout price for a 2018 Subaru Impreza she was leasing was much less than the car’s market value when she first checked the price about two months ago. She decided to buy out the lease for $15,760 after a quick online search showed that CarMax would give her $18,000 for it—a more than 14 percent premium. She may have been able to sell it for more in a private sale, but she ended up keeping the car. Stockburger checked again for this article, and as of July 23, CarMax was offering her even more—$18,400, or almost 17 percent higher than the lease buyout price.

“I could just as easily have bought out the lease and then unloaded the car and made some money,” Stockburger says.

What To Do Then?

Depending on your personal financial situation and car needs, you would benefit best by first finding your lease contract and compare the calculated value it places your leased vehicle at when the lease ends, with what an outside estimate of your vehicle is today in actuality. And then, find out what your state’s tax rules are for re-selling a previously leased vehicle.

According to Consumer Reports analysts:

There are basically two options for a lease buyout. You could buy out the lease and have a car for much less than you would pay for the same model if you bought it from a dealership or a private seller, or you could buy out the lease and sell the car yourself. Keep in mind that many manufacturers might not allow third-party buyouts of leased vehicles—the scenario where the consumer exercises the lease buyout option, but transfers the vehicle directly to a dealer or other buyer to avoid paying sales tax. (TrueCar says most states require buyers to pay sales tax when ownership is transferred from the leasing company.) If there is such a contractual limitation, you would need to sell the car yourself. Also, check to see whether there are fees for breaking your lease if you decide to buy it out early.

Therefore, it’s really a matter of how numbers crunch for you and what your car needs will be once your previously-leased car is resold. People now working from home may find that their current car needs have changed and that selling their buy-out option leased car puts them significantly ahead money-wise. Or, you may determine that you are really better off just keeping your previously leased car for yourself since replacing it right now could be prohibitively expensive as well as difficult for the model you want because of the state of the chip/car shortage.

For more about ways to save money when buying new or used cars, be sure to check out past and future Torque News articles that could make a big difference in your savings.

Coming Up Next: MSRP sticker scams used by car dealers.

Photo by Obi Onyeador on Unsplash

DeanMcManis wrote on July 26, 2021 - 11:24pm Permalink
Some of this change is clearly because of a rare situation where used models have higher resale value than before. Historically, this has not been the case. I remember my last Chevy Volt lease, where the new price when leased was $40K, and the buyout price was $26K after 3 years, but I was able to find a used Chevy Volt (same year) with 1/4 the mileage, for $8K less, including shipping and taxes. I think that the biggest hidden costs of leasing are the ones that you listed, being mileage limits and high fees for over-mileage, plus very high charges for minor, wear and tear damages, like small door dings and window chips. I had paid more in advance to get higher 20K yearly mileage, and still had to stop driving the car 7 months before the end of the lease so that I wouldn't go over mileage and incur thousands more in penalties and fees.
Timothy Boyer wrote on July 27, 2021 - 12:31pm Permalink
Yep, it's all about timing and the market; We will see how long this will last. Good point about those mileage limits, it's easy to go over when needs change. Thanks for the input.
Jugal wrote on August 31, 2021 - 1:01am Permalink
My kia Sorento lease is getting ended in December with buyout value was 16k but carvana is ready to give 10 k more than it. As it's only one car at home, is it worth to sell car to carvana and purchase a new one seeing 10% increase in price comparison to 2 months ago?
Timothy Boyer wrote on August 31, 2021 - 11:00am Permalink
Well, imho it all depends on factors such as the condition of your vehicle and what you will replace your old vehicle with and/or can afford and want to buy as a replacement. The Sorento is a good car and should be a keeper. From what I've researched so far, most sources state that if you are willing to sell your used vehicle yourself, you can expect more selling directly to an individual than you would selling to a dealer or other similar venue. If you are looking to make a profit, you might consider selling the Sorento AFTER finding a used car for significantly less that is solid and needing only a couple thousand in repairs to get it back into shape. You will not get rich, but coming out ahead a few thousands dollars is money earned. Good luck with your decision.

Tesla Contemplates A New Strategy for China Retail even As Sales Boom
Jay Leno on Elon Musk & EVs: “I Think He Should Get ... Credit"
END_OF_DOCUMENT_TOKEN_TO_BE_REPLACED