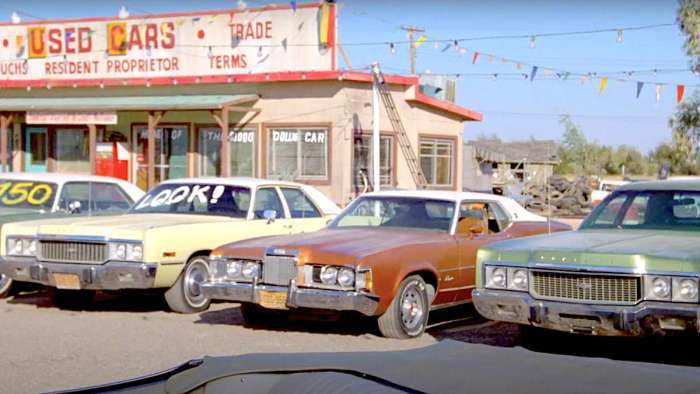 Looking to buy a new used car this summer? Here’s some advice from Consumer Reports that recommends avoiding these 10 car models due to premature wear and tear on their air conditioning systems that could cost you a lot of money to have repaired.
Advertisement

One of the hazards of buying a new used car is that you are never really certain whether or not something is about to break shortly after buying one. Big repair items like the transmission and engine might be still covered under a transferable warranty, but what about some of the uncovered, smaller yet costly vehicle parts like your AC system?

“Air conditioning problems range from easy to repair to requiring significant trouble-shooting and skill to fix…drivers naturally dread AC problems because they invariably happen when you most want the cool air, and the costs to repair can easily top $1,000. But some problems, if caught early enough, don't cost nearly that much,” states John Ibbotson, Consumer Reports’ chief mechanic.

However, even the simplest repair can pose problems and complications aside from money that can leave you either without those much needed wheels or baking in your car this summer until you can manage to have it repaired.

According to a recent Consumer Reports analysis:

Problems such as a refrigerant leak, blower motor malfunction, and faulty condenser can all need repairs. Such problems creep up eventually as cars age, but a recent Consumer Reports analysis found that there are 10 models that have issues far too often, and too soon—some needed repair before 25,000 miles.

In fact, they report that there is between a 10-20% chance of vehicle AC failure in some selected models in their analysis.

Therefore, it behooves anyone considering buying a used car to not just look at reviews focused on comfort and performance when a car model was new, but to also take into consideration that factors such as reliability are important in your used car buying decision.

Fortunately, Consumer Reports to forget provides reliability ratings for 17 trouble spots on each car they cover that offers used car buyers the info they need toward making an informed decision.
As such, here is their list of 10 used car models that they found with the highest AC system-related problem rate, listed from the top worst to the least bad:

Top 10 Used Cars to Avoid Based on AC Problems

For more information about buying a used car, be sure to check these articles on Used Car Transmission Problem Options and Fuel Efficient Used Car recommendations.

Coming Up Next: Consumer Reports shows how to save money with this simple used car repair.