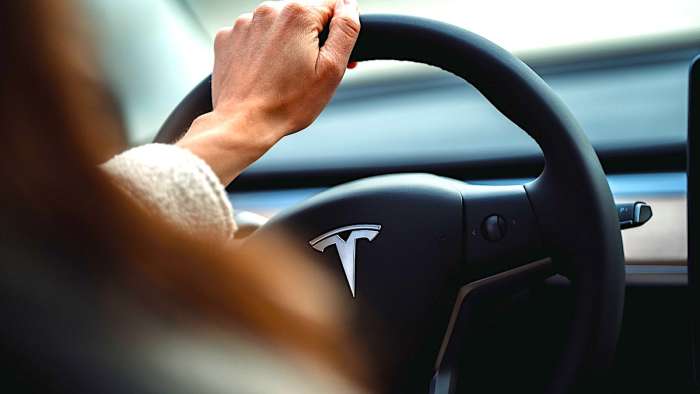 On the waiting list for your Tesla, but just can’t wait any longer because you need wheels now and fast? Here’s what Consumer Reports has to say about which fuel-efficient used cars you should consider that can hold you over until the day your Tesla finally arrives.
Advertisement

The Tesla Factor in Your Smart Buying Decision Process

Smart buying decisions can be tough. While the foundation of any smart vehicle purchase is always about the money, there’s no denying that other factors such as wanting to go Green, slick commercials, new model hype, continual reports of yet another delay in availability, that neighbor next door, etc. are all influencing factors guiding our eventual purchase. Especially when it comes to a Tesla.

Follow any one of a number of Tesla groups and you can almost feel the not-so-quiet desperate anticipation through your thumb on a touch screen of those who are waiting for their own special Tesla Day. And it’s understandable.

However, while waiting for model availability; the latest update, fix, or new feature; or, the month when an EV rebate appears and saves you a few thousand dollars, what should you do when you need a good set of wheels right now to hold you over until your Tesla Day arrives?

The answer can be found in a recent Consumer Reports rating of the most fuel-efficient used (5-year old) compact SUVs that can help you make a smart shopping choice.

While fuel economy is a big plus toward rating a vehicle choice, CR recommendations also factored in braking, acceleration and safety features such as forward collision warning (FCW), blind spot warning (BSW) and automatic emergency braking (AEB) in the older vehicles that they determined remained on par operationally with newer models having the same features.

Here is a summary of six top choices among used SUVs you should be looking for as a smart fuel efficient purchase:

1. 2016 Toyota RAV4: A CR Green Choice vehicle tested at 25 mpg (31 mpg in hybrid version) that offers a quiet smooth ride and came with safety feature packages you should consider when debating one used model over another.

2. 2016 Lexus NX: Another CR Green Choice vehicle, the NX 300h hybrid provides 29 mpg overall per CR tests. It is a sportier ride than the RAV4, but at a cost of less comfort and tighter cabin. Side and rear visibility is somewhat compromised; therefore, a model with the blind spot warning (BSW) feature is advised.

3. 2016 Subaru Forester: A boxy build powered by a 2.5-liter four-cylinder engine that offers a nice 26 mpg. Its sizable windows, large doors, and a spacious rear seat area provides enough comfort, but can be on the noisy side within the interior. CR recommends looking for a Forester with the optional EyeSight system with its forward collision warning (FCW) and automatic emergency braking (AEB) safety features.

4. 2016 Mazda CX-5: A responsive 2.5-liter four-cylinder engine rated at 25 mpg described as a fun, sporty ride was a popular choice. While roomy enough, CR experts found “…the ride to be choppy, with persistent jiggles that can get tiring. Plus, the pronounced road noise makes the CX-5 a loud SUV.” For safety feature extras you will have to look at Touring and higher trim level models.

5. 2016 Honda CRV: All wheel drive models test at a respectable 24 mpg, but it is noted for having some level of road noise issues. Backup camera is standard. For other safety features such as FCW and AEB, however, you will have to shop around to find models with those options.

6. 2016 Nissan Rouge: Among compact SUVs the Rouge is bigger, better, quieter producing a better ride than most other small SUVs. CR attests to 24 mpg overall from the 170-hp, 2.5-liter four-cylinder engine and continuously variable transmission. While a backup camera was standard, CR recommends an SV trim level with the Premium package, which will get you BSW, a power liftgate, a surround-view camera system, and navigation.

For more about smart shopping for vehicles, here is an informative piece on what a lower-priced Tesla will cost you.

Photo by Jenny Ueberberg on Unsplash

DeanMcManis wrote on June 4, 2021 - 2:15am Permalink
I had Chevy Volts, and my best gas mileage was 171MPG over 3 years of commuting. I now have a Cadillac ELR as my daily commuter car, and it is like the Volt, being an EREV/plug-in hybrid, getting well over 50MPG. I do also have a Nissan Rogue for my wife, and it does get very good gas mileage (25-29MPG) for being a comfortable, roomy crossover.
Timothy Boyer wrote on June 4, 2021 - 9:38am Permalink
The mileage numbers are great and a big selling and environmental point! I wonder how used EV prices compare overall with used ICE prices in otherwise model equivalents? I imagine for potential EV buyers on average or less incomes, pricing is what finally pushes the decision. Thanks for the input!