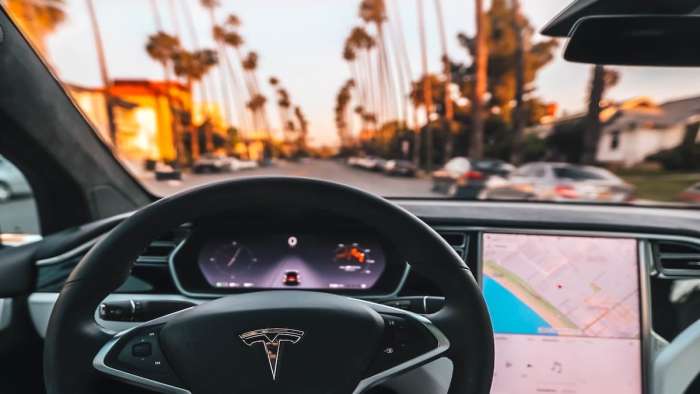 “Imagine you’re driving your Tesla, or an equivalent electric car, down the highway. Your battery is running low. Sure, you could pull off at the next exit and spend time, and energy, searching for a recharging station. Or you could simply change lanes and drive over special charging strips embedded in the road,” wrote David Nutt for the Cornell Chronicle about new research focused on an innovative approach for the wireless charging of electric vehicles.
Advertisement

According to a news release from Cornell University, now may be the right time to focus on developing wireless tech for charging electric vehicles (EVs)---such as a type of Tesla wireless charging system---that easily that could cut down on greenhouse gas emissions, save money and time; and, be the answer to a potential problem if all of the households in U.S. turned to owning an EV.

Can the U.S. Handle an All-EV World?

“There are a lot of infrastructure questions that get asked when you say, ‘OK, we’re going to enable electric vehicles,’” says Khurram Afridi associate professor of electrical and computer engineering in the College of Engineering.

“How does that society function? If every vehicle in the country was electric, you would need a lot of outlets to plug them in. We don’t have that kind of power available in our homes to be able to charge them very fast,” he points out.

Dr. Afridi and his research team have been working on developing a wireless power transfer system that uses insulated metal plates embedded in the road pavement that rely on oscillating electric and magnetic fields created between the road plates and matching plates on the underside of a moving vehicle.

Electric Vehicles In An Emergency

The fields allow the creation of energy that can be captured wirelessly, which then can be used to charge the vehicle’s battery while driving to and from work or on a long road trip with the family. In fact, he envisions that only one lane is needed to be outfitted as a charging lane that a driver can switch to whenever his or her EV battery is running low.

The Basic Science is Not New, But It Is Improved

The news release states that the basis of Dr. Khurram’s research is similar to Nikola Tesla’s original parlor trick of manipulating electric fields; but, with Dr. Khurram’s innovation of combining modern high-frequency radio waves and high-power electronics. It would be cool to see such new tech developed in further honor to Nikola with the development of a Tesla wireless charging system for all EVs as Tesla would likely have envisioned if he were still alive today.

“Wireless power transfer is based on the same underlying physics used to send messages through radio waves to spacecraft in deep space, things like Voyager,” Afridi said. “Except now we are sending much more energy across much shorter distances, to moving vehicles.”

“What really drives me at the fundamental level,” he said, “is taking these two very different communities high-frequency electronics and high-power electronics who have never talked to one another, who don’t speak the same language, who essentially solve problems very differently, and merge them together to essentially create an entirely new field and also enable brand new applications.”

And the timing of this new application could not be more fortuitous--once it is perfected. Recently, President Biden has released some details about his $2 Trillion Plan to Rebuild Infrastructure and Reshape the Economy that would repair 20,000 miles of roads and 10,000 bridges, while also addressing climate change and racial as well as economic inequities.

“… this is the right time to do it because the infrastructure in the U.S. is already aging both at the roadway level as well as the grid level and this is an opportunity where sort of the new infrastructure can be developed taking into account the new technologies that are available today and really make it ready for the next 50 to 100 years,” points out Dr. Afridi.

Your Input
While EVs are the new future in automotive tech, this research does raise some interesting questions such as how would the U.S.be affected if every household went EV practically overnight? Please let us know your thoughts on the potential problems and future you believe EVs and a type of universal highway-embedded Tesla wireless charging system might hold for us.