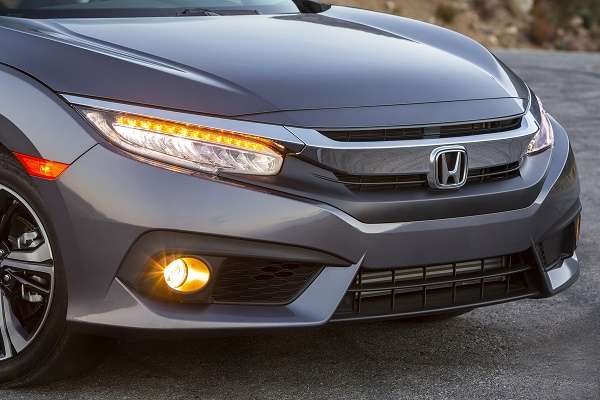 2016 Honda Civic claims one of, if not the highest combined MPG in the non hybrid compact sedan class. What’s your MPG?
Advertisement

With a stated combined fuel efficiency of 31 to 35 miles per gallon, 2016 Honda Civic, specifically the direct fuel injected turbocharged, CVT shifted Touring, claims not only the highest power output in Civic’s history, but the highest fuel efficiency achieved in a Civic sedan since the exit of the small-body Civic hatchbacks of the mid 1990s.

Now, before a handful of my astute and well studied Honda-philes, throw my tattered body to the internet gods for omitting a later Civic offering from this analogy, I’ll kindly remind the gathering horde that model year fuel economy comparison is not the basis for the story here.

While tripping over my growing pile of junk mail Monday morning, I fell across an item of interest ; something most near and dear to most Civic owners -- and certainly a pre-purchase consideration when weighing the attributes of North America’s best selling retail sedan over Toyota and others.

There it sat on my monitor like a stinking halibut caught over the weekend and forgotten in the backseat to rot in the warming sun. Members of the CivicX.com online owners forum were pointing to far lower combined fuel economy, some as low as 21 mpg, while asking the community if this was normal?

Here’s this member’s answer: Your 2016 Civic's fuel economy will vary, here’s why

Fuel formulation: Seasonal changes in gasoline formulation at the refinery will impact your fuel efficiency

Initial engine and drivetrain break in: Dispite today’s low-friction engine and drive component technologies, it does pay to in future fuel efficiency dividend to consciously “break - in “ your new Civic.

The bottom line is this

2016 Civic owners, regardless of region, will most likely experience lower than stated MPG in the first month or two of new car ownership. Is this normal? Yes.

By allowing your 2016 Honda Civic, regardless of variant, some engine and component break-in time, after a couple of weeks, and assuming that you’re not one of our Canadian or East Coast readers driving around in sub-zero temperatures, your fuel efficiency will increase.

It’s not unusual for Torque News to receive reports from Honda owners that regularly exceed the manufacturer's published EPA, MPG -- we anticipate the same from Civic.

To our friends who have purchased 2016 Civic, give it a month or two, Spring is just around the corner.