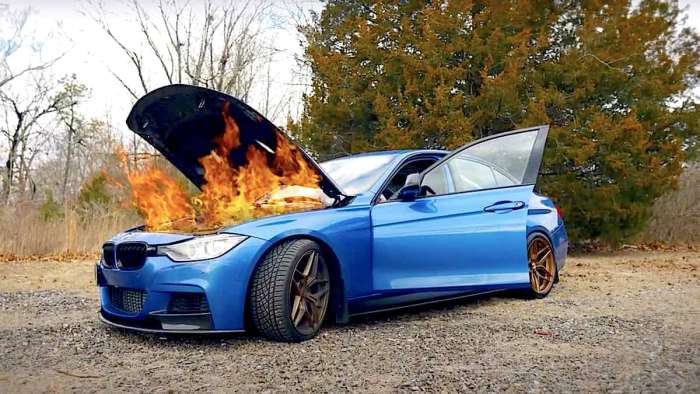 Looking to buy a used car, but are unsure if that under 10-year-old model is reliable enough to warrant your hard-earned dollars and sanity? Here’s a list of models of cars from Consumer Reports analysts who did the research for you and found not just those used car models you should avoid based on engine reliability, but also provide good alternatives that can keep you on the road.
Advertisement

Earlier I had reported on used cars that should be avoided due to air conditioning system failures. Summer is here, and that’s when you discover that used car you just bought is a lemon and can’t be made into lemonade without sinking a lot of additional money into it.

In comparison, however, engine troubles are the greatest source of headache. Engine problems are the most expensive part of buying and owning a used vehicle and can lead to as much regret as a bad marriage. Yeah, for some of us at least…it’s that personal and traumatic. And don’t get me started on transmission problems.

“Engine failure can be caused by many things…some engine rebuilds are needed due to low compression from worn piston rings, resulting in lack of power, misfiring, or excessive oil consumption, while others suffer from crankshaft or connecting rod bearing failure, signaled by a knocking sound.” stated John Ibbotson, Consumer Reports’ chief mechanic.

Today, we see news stories of someone who has managed to get as much as between a quarter to half a million miles out of their vehicle. These are exceptions of course, but as it turns out, many of today’s models can easily achieve nearly 200,000 miles on their odometer. And because of this and the pandemic and the economy, we see that the demand (and prices) of used cars has gone up for models that have up to 100,000 miles on them.

Therefore, while there is a demand for buying a used car, it pays off to know which models to avoid based on a risk assessment of models identified as being more prone to have engine troubles…and when to expect them.

That said, here’s a summary of a list of 11 models of used cars from the past 10 years that CR found stood out “having the most severe problems, as determined by frequency and cost,”---with respect to engine problems---in order of worst to best along with a few alternatives that make better choices in used car buying.

For more details about these car models, be sure to do a search on the Torque News website and find out whether the listed alternatives may be a good used car choice for you.

For more CR-related used car and product reviews, here is some useful information on buying used retread tires and what your options are for fixing a flat tire while on the road.

COMING UP NEXT: Consumer Reports shows how to answer a $10,000 question with your next SUV.