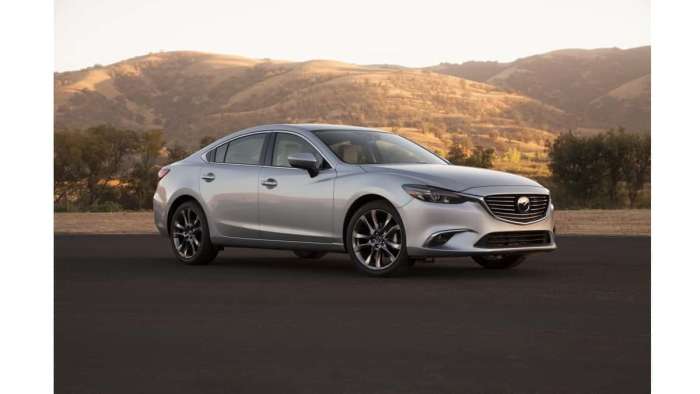 A new study puts the Mazda Mazda6 on top in a comparison of used cars under $15K. Here's why we agree.
Advertisement

The researchers at iSeeCars know a thing or two about used cars. They spend endless days analyzing data on vehicle sales. Their most recent project was an analysis of over six million cars to see which offered the best value in the used car market.

You might think the Toyota Camry would be on this list, and it is. “The Toyota Camry debuted six standard safety features for the 2015 model year to help prevent accidents, which helped it earn the IIHS Top Safety Pick+ distinction,” said iSeeCars.com CEO Phong Ly. “Meanwhile, the 2014 Toyota Camry Hybrid offers great fuel economy and the excellent reliability ratings to provide a more efficient version of the popular standard Camry sedan.”

The Honda Accord also makes the list. “Because passenger cars tend to be less expensive than SUVs, you can get later model versions while maintaining a $15,000 budget,” said Ly. Both the Camry and Accord are hard to ignore in the used car market given the abundance of vehicles available from these two top sellers. However, the Mazda6 steals the heart of every test driver. So how exactly did the Mazda6 earn this spot on iSeeCars list? It wasn't the handling or driving enjoyment (this time). Rather it was safety and reliability. 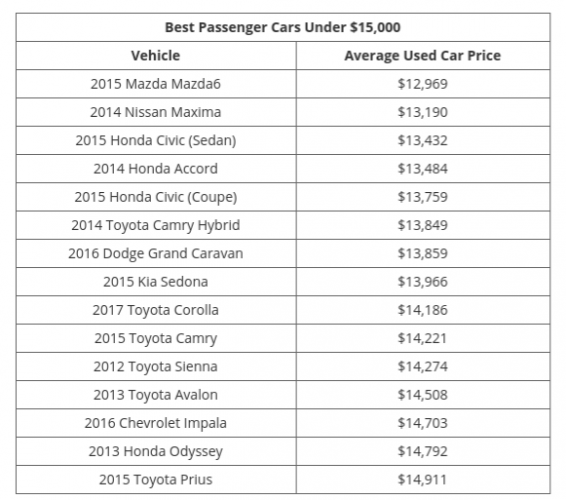 2015 Mazda6 Safety
Aside from price and value, iSeeCars had two main qualifications for its list of the best used cars. The first is safety. The 2015 Mazda6 sedan is a Top Safety Pick Plus-rated vehicle from the Insurance Institute For Highway Safety. There is no higher score. The 2015 Accord is not a TSP+-rated car.

Related Story: Used Honda Accord vs. Used Toyota Camry - Which Is More Reliable In These Model Years?

Mazda6 Reliability
The second area that iSeeCars.com looked at was reliability. Consumer Reports members who won one rate the Mazda6 4/5 stars for reliability in 2015. Over at CarComplaints.com there are almost no owner-reported problems with the 2015 Mazda6.

The value, safety, and reliability earned the Mazda6 this ranking. The fact that it is also one of the most enjoyable used sedans one can buy is just a bonus. You can view the full iSeeCars.com report here.

If you own a 2015 Mazda6 please tell us in the comments below how you like it. Your feedback may help a used car shopper make an informed decision.