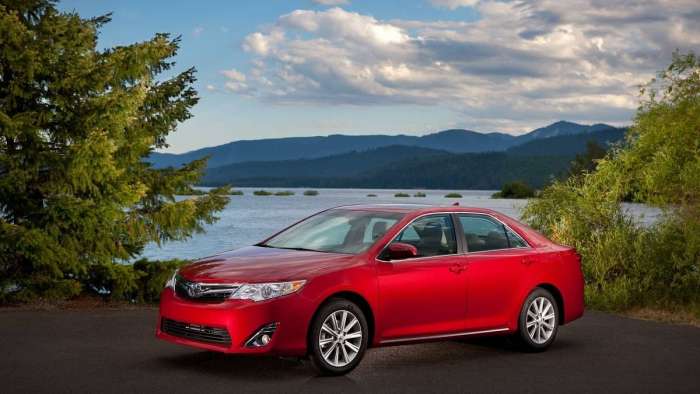 Used Honda Accord vs. Used Toyota Camry - Which Is More Reliable In These Model Years?

We compare used Honda Accords to used Toyota Camry cars in model years 2017, 2013, and 2010 to see which owners report as being the most reliable. Here are the results.
Advertisement

In the used midsized sedan market, there are two notable leaders. Both the Honda Accord and Toyota Camry are legendary for their top sales positions and many awards. But do they offer a used car shopper equal reliability?

To find out, we looked at what actual owners of these vehicles report. Rather than rely on one opinion from a neighbor, or from within our family (we own Accords), we turned to big data for the answers.

Not having our own database of owner reports, we turn to two respected sources. The first is CarComplaints.com. This is a publication that gathers customer complaints and catalogs them for shoppers. This site also offers stamps of approval or disapproval on some models. We feel this site does a great job of finding repeated issues to watch out for.

Related Story: Here Are the Real-World Maintenance Costs of a Honda Accord Over 100K Miles

Used Honda Accord vs. Used Toyota Camry 2017 Model Year
The 20017 model year used Honda Accords and used Toyota Camry cars are now about three years old. At this point, they have already gone through the steepest part of their depreciation curve and they are likely still under the manufacturer's warranty for the drivetrain. The good news is that both the Accord and Camry have no major complaints by owners for this model year. Consumer Reports' owner data gives the Camry an edge with a 5/5 Reliability Ratings vs. the Accord's 3/5. The Camry is also a "Recommended" car from Consumer Reports in this model year.

Used Honda Accord vs. Used Toyota Camry 2013 Model Year
Honda Accords and Toyota Camrys from 2013 are now about seven years old. In many ways, these cars are in their "prime of life." With around 100K miles, they are affordable used car buys and many families on a budget can buy one. They also make relaible transportation for college and high school kids. At this age, the data shows the Camry and Accord are not equally reliable.

At CarComplaints, the Accord is marked with the site's stamp of "Beware of the Clunker." The Accord has hundreds of reports of electrical glitches. Starter problems are the most common Accord complaints from owners and they report an average cost to repair of $620. One owner reports, "This is the second time I replaced my starter in less than a year!" At Consumer Reports, the 2013 Accord has a 5/5 reliability rating.

The 2013 Toyota Camry earns CarComplaints "Seal of Awesome," and it earns a 5/5 reliability rating at Consumer Reports. It seems the Camry has an edge for the model year 2013. 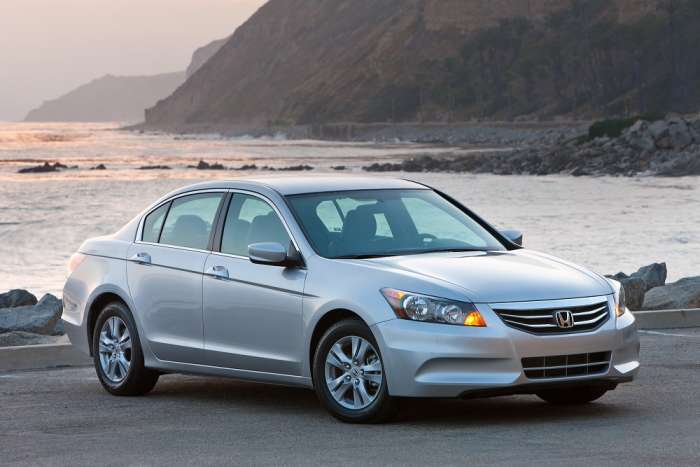 Used Honda Accord vs. Used Toyota Camry 2010 Model Year
Used 2010 Camry and Accord cars are closing in on the end of their useful life. With around 150K miles, they are still decent cars for sure. However, their infotainment, safety, and fuel economy numbers are no longer close to that which a modern version offers. Here again, the Accord is labeled with a disapproving stamp at CarComplaints and the Camry earns a stamp of approval. We looked at the 2011 and 2012 model years to see if the Accord just had one bad year, but all three have stamps of disapproval from CarComplaints. The Accord is rated 4/5 by Consumer Reports owners and the Camry 5/5 by owners. Clearly, the Camry has an edge in this regard for the model year 2010.

Used Honda Accord vs. Used Toyota Camry - The Verdict
We feel that used Honda Accords and used Camry cars are better than the average for all of the model years we explored. However, the data show that the Camry has an edge in the 2013 and 2010 model years. The two appear to be equal in the 2017 model year in terms of reliability. If you have one of these vehicles, please tell us in the comments below what your experience has been. Your comments may help a shopper looking for a good used car.