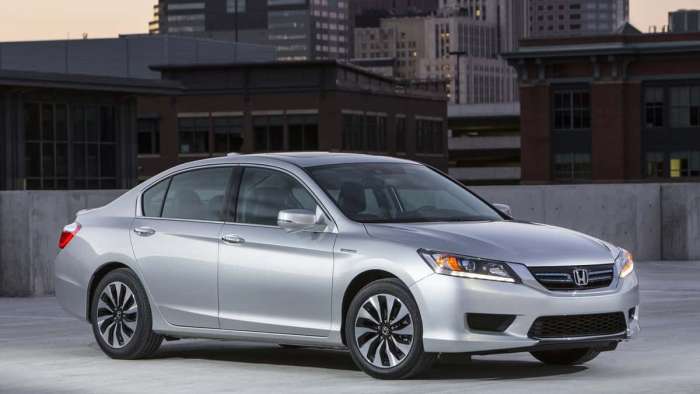 Shopping For A Used Honda Accord: Which Years And Trims To Avoid

The Honda Accord can be a great used car buy. Here’s a rundown on the years and trims to avoid.
Advertisement

The Honda Accord is a very popular car and a great used vehicle in some cases. However, some years have a track record of owner complaints. Why buy one of the troublesome Honda Accord years or trims, when you can pick and choose from such a vast population of cars.

Related Story: Shopping For a Used Toyota Camry - Here's The Year and Color To Avoid At All Costs

Here’s a shortened version of what one owner reported to CarComplaints.com. Take careful note about what the owner says about the prior recall on the transmission: “After searching through Craigslist in 2015, I find this gem, a 2003 Honda Accord ES with about 76,000 miles on it. It was in amazing condition! About 2 years later and with about 95,000 loving miles later, I'm driving 75mph in the fast lane at night with a constant flow of traffic with big rigs and all; my car jolts backward as if I slammed on the brakes at high speed. y car was making a loud awful mechanical machine noise and as I drove it off the highway its revs were at a constant 5... 5!! It also does not reverse! The car’s previous transmission recall was temporarily fixed in 2004 with a jet kit at less than 15,000 miles.”

Here’s a second owner who reports that the recall didn’t do the trick: “I'm the original owner of 2003 coupe, and like most of you when we received recall, we took it in to have it fixed. Now with 153000 miles, the transmission has failed, and even though this is the only trouble we've had with the car, it's disappointing that Honda knows there's a problem but won't fix it correctly. Called local Honda dealership, and they say Honda won't help fix it, but they hear/see the problem all the time with this year Hondas. We tried calling Honda customer service anyway, and as expected, they were very rude, said it was taken care of in 2004 and not under warranty now.”

Related Story: Restore the Faded Yellow Cloudy Headlights On Your Honda Accord For $25 In Half An Hour

Used Honda Accord Brake Issues
Another issue widely reported by owners of used Honda Accords is related to brake issues. This problem has an average mileage rate of about 26K. Here’s what one owner reported: “Not something you expect from Honda. I have replaced rear brakes twice once at 15K and then around 30K and now recent service at 45K the Honda agency tells that rear brakes have worn AGAIN!!!” And this owner has a similar tale, saying, “I almost change rear breaks every year, it is really frustrating and costly. I tried to call dealer and honda. but they have no answer.” There are literally thousands of owners who have reported this issue.

Used Honda Accord Years To Avoid Due To Brake Issues
2007 to 2010 are the model years that most used Honda Accord owners report brake problems with. The problem seems to be the worst in 2008. These years are ones to carefully consider before buying.

Used Honda Accord Starter Problems - Years to Avoid
The used Honda Accord also had starter issues according to many owner reports. The two years most affected seem to be 2013 and 2014. Both V6 and four-cylinder used Accord owners have reported this issue. One owner sums it up, saying, “This is the second time I replaced my starter in less than a year!” The average cost to resolve the issue (temporarily) is $620.

If you own a Honda Accord and have struggled with any of these issues, please tell us in the comments below what your experience has been. If you are an owner with no problems, you are also most welcome to report that your Accord has worked flawlessly (so far). Your input may help a fellow used Honda Accord shopper make an informed decision.

Accord chart and quotes courtesy of CarComplaints.com.

Tesla Contemplates A New Strategy for China Retail even As Sales Boom
Jay Leno on Elon Musk & EVs: “I Think He Should Get ... Credit"
END_OF_DOCUMENT_TOKEN_TO_BE_REPLACED