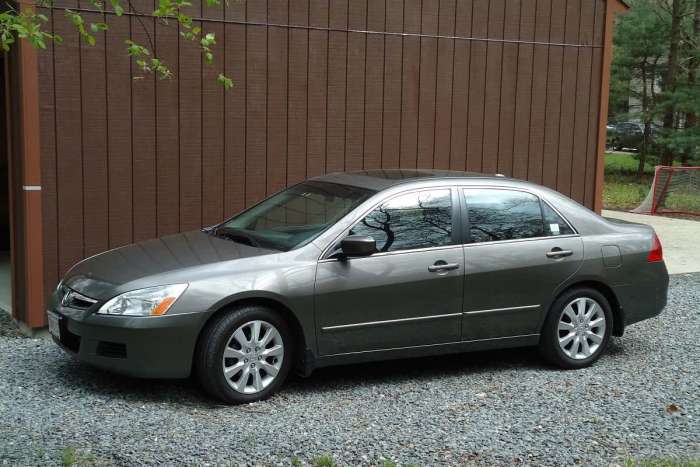 We carefully logged every penny spent to keep a Honda Accord well-maintained for 100K miles. Here is what we found.
Advertisement

In addition to being a perennial top-seller and a favorite of reviewers, the Honda Accord has a reputation as being a very reliable vehicle. Having owned one now for 100,000 miles, we share that view. Still, every vehicle requires proper maintenance to perform at its best and that is exactly what our Accord received. We’d like to break down the costs to maintain our 2006 Honda Accord EX-L, which was purchased new and is still a much-loved member of our family fleet.

Our costs include things that we had to do to repair the Accord when it was damaged through normal use. We will lay out the facts and figures, but we would like to also give a bit of the behind the scenes story on the time our Accord was in the shop so owners considering an Accord will know what to expect. Readers should also know that we had a set of winter tires from the 2003 Accord that we owned prior to this ’06 that we used for part of the vehicle’s miles. We are also going to round off the numbers a bit, so if the final tally is off by a bit, that is why.

Miles 0-28,880
We first maintained the Accord in July of 2006. Year one was very uneventful. We spent just $78 on two synthetic oil changes. From new through July of 2008 our total costs for tire rotations and swapping our winter tires on and off we spent just $418. Not bad for two and a half years of trouble-free motoring. We wish to add that we always changed the oil a bit sooner than required by the manual. We are just that kind of owner. We did have one issue that Honda handled at no charge. The engine was making a faint sound we found unusual. After inspection, the mechanic determined that the timing belt was rubbing on the cover. Honda changed the timing belt for us at no charge. Thus, we re-set the counter on the timing belt lifespan at that point.

Miles 28,880-39,000
The 30K service came in March of ’08. Including everything the manual suggested plus an exterior wax, the total came to $475. In May of ’08 the exhaust began to make a very odd “gong” sound over any minor bump. Honda embarked on a quest to fix that eventually resulting in the dealer changing both of the rear mufflers and tailpipes plus all the rubber hangers at no charge to us. And no fuss either. The dealer could hear the sound and was helpful. Through October of 2008, we added another $86 for synthetic oil changes. I should note that I was using the vehicle as an on-the-road salesperson and my miles driven were not regular. Some months I would add 3,000 miles, other just 1,000.

Miles 52,000-59,000
In April of 2010 at 58K miles, we did another major service and also added paintless dent repair to remove the parking lot dings from the Accord’s doors. Remember, we were keeping this car in the best shape possible. That was $435. In May of 2010, we paid $956 for a new set of three-season tires of the same type the car came with. 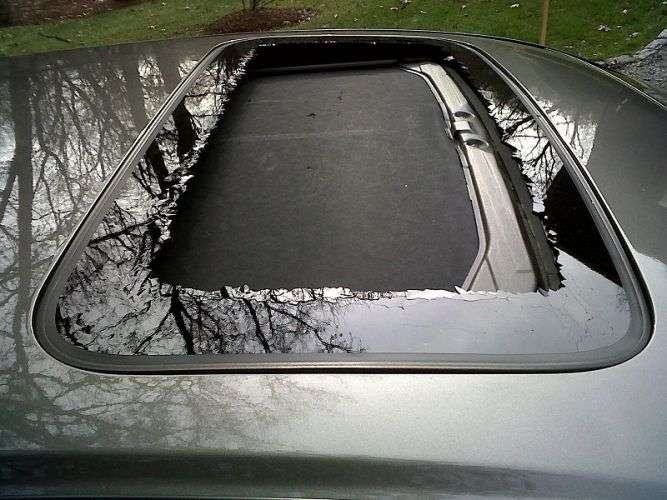 Miles 59,000-71,174
The Accord settled down cost-wise after this point. However, it was still exciting. On one trip, our glass moonroof exploded. We paid zero for the replacement since insurance covers glass with no deductible in our state of Mass. Luckily I was not injured, but I actually had to vacuum glass from my hair and pick it out of my eyebrows. Through May of 2012, we added another $124 in oil services.

Miles 71,174-76,479
In late June of 2012, we again serviced the brakes of the car, but at a local shop. With the vehicle out of warranty now we switched to a local mechanic we trust and whose prices are much lower than the dealer’s. We paid $232 for brakes at one end (we lost track of which), oil and wipers.

Miles 76,479-84,000
Through June of 2015, we had the oil changed when needed and replaced the battery and also battery cables at a cost of $449. Not bad for two years of ownership. By this time, my retired parents took over ownership of the car, so its high mileage slowed a bit. They kept perfect records for all of the repairs so this story could continue.

In total, using a spreadsheet, not the numbers above, our total costs for the maintenance and routine repairs of the Accord came to $7684 over 100K miles and about 13 years of ownership. During that time, the car never once left us stranded and it still looks and runs great today. Looking at the data without punching through a calculator it is clear that the highest costs for maintaining a Honda Accord are Tires and Brakes. About half of the total cost of all repairs and maintenance was attributed to brakes and tires.

Each spring after my parents return from Florida we reconnect the battery of the now 13-year-old Accord after it has sat for six months and it starts on the first crank. We will leave it to readers to decide if the Accord’s costs have been in line with expectations.

Check out how much more a Toyota Highlander costs to maintain for 100K miles here.