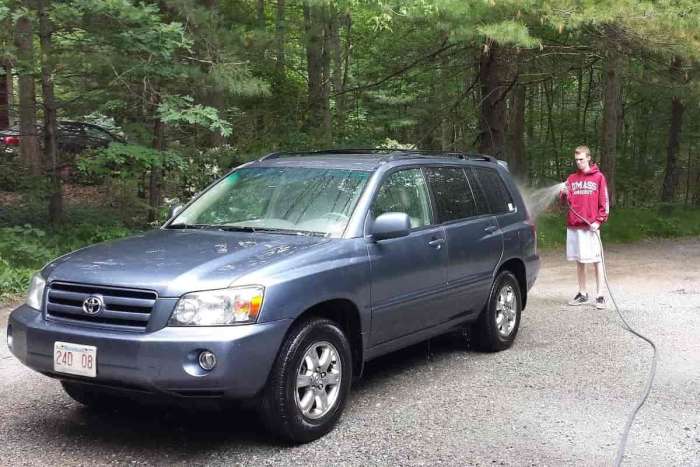 We kept careful records of the real-world costs to maintain a 2007 Highlander Sport and found the costs to be out of line with our expectations.
Advertisement

The Toyota Highlander is a vehicle that has always sold at the top of its segment, is highly regarded for reliability and durability, and has long been a favorite choice for families. We have now tracked a 2007 Highlander Sport V6 AWD for 100,000 miles and kept a careful record of all of its maintenance and repair costs. What we found was that the Highlander had some problems that ran up the cost of maintenance to much higher than one might expect. Here is the history of the maintenance and repairs. We also maintain this vehicle in “like-new” condition. Note that we will be rounding up and skipping a few minor things to focus on the bigger picture, so if the total cost does not tally exactly at the end that is the reason. We used a spreadsheet for the final tally. 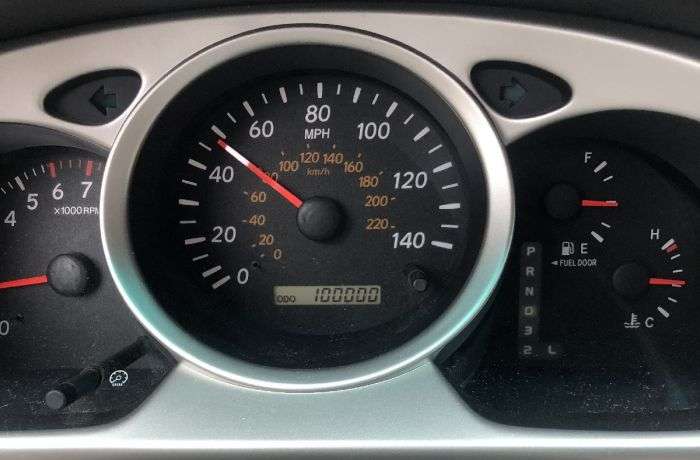 Miles 0- 10K
For the first year of ownership, we spent about $244 on oil and tire rotations. We also purchased a set of winter Bridgestone Blizzak tires mounted on alloy rims from Tire Rack for about $900. 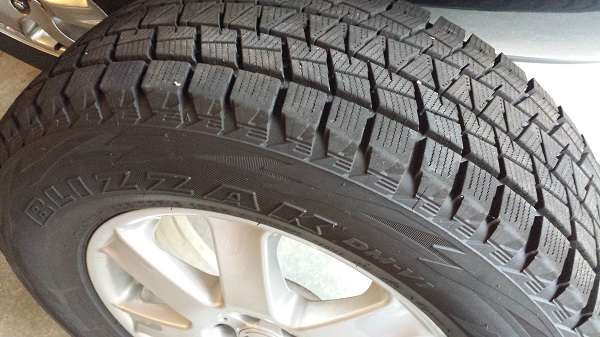 Miles 10K-30K
The next two years were uneventful. We spent $478 on maintenance including a 30K service that changed all the fluids. The costs also include swapping the 3-season and winter tires.

Miles 30K – 42K
A stretch of no trouble through the next full year meant only oil and rotations for about $150. However, we then purchased new 3-season tires, the original rubber having worn more quickly than we would have expected. We spent $845 (too much) on tires at 38K miles. 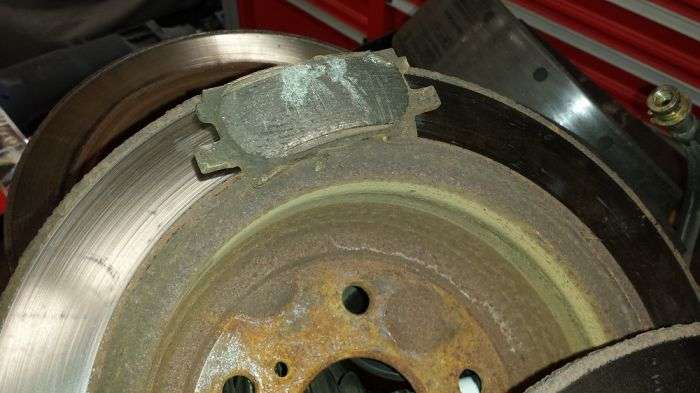 Miles 42K – 58K
This span is where we began to see serious repeat repairs on the brakes of our Highlander. We spent $2,600 on brakes at both ends of the car, including having the rotors replaced twice at one end due to noise, plus the 45K service. 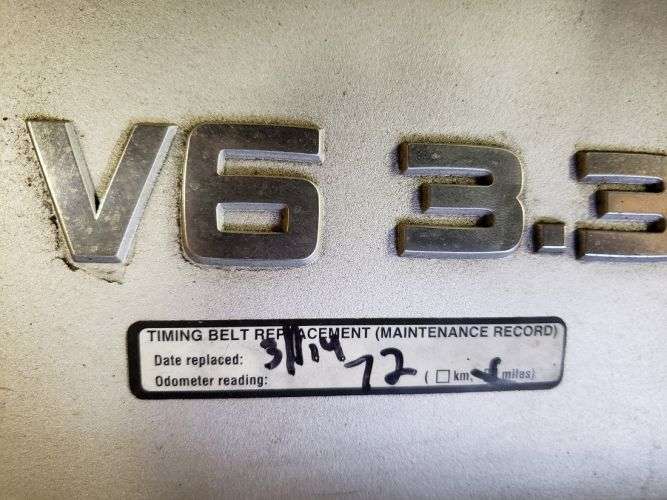 Miles 58K to 74K
This was one of the costliest stretches. We paid the dealers we used $3,445 for a timing belt service, early, but we knew we would be doing it at least once while we owned the car, brakes at both ends again including calipers up front, and a wheel bearing.

Miles 74K – 84K
This stretch of about two years was uneventful. We added tires at a cost of $671 and did routing maintenance of about $350 including drive belts that were slipping. This was the last time we used a dealer. We switched to a much less expensive local mechanic going forward.

Miles 84K – 91K
The Highlander was constantly in the shop for this next stretch. We spent $2,300 on a replacement transmission cooler and new rebuilt “heavy duty” alternator. Both were part of the “Towing” package and both failed. We also did brakes including calipers at the rear. We then added new Blizzaks for about $700. We also replaced a second wheel bearing.

Miles 91K – 100K
The final stretch of our recorded maintenance and repairs was $1,500. Rear brakes again including another set of rear calipers plus a frozen parking brake that needed servicing and parts.

The total for our 11 years and six months of use was $14,029. The vast majority of that cost was brakes and tires. The wheel bearings and constantly freezing brake calipers seemed out of line with a vehicle that has a good reputation for durability. The failures of the transmission cooler and alternator, both intended to make the vehicle more durable, were a disappointment for a vehicle with a reputation for quality. We never towed anything with the Highlander during our ownership, so the towing package was only used as a bike-carrier mount on a few occasions.

We did always keep tires on the car that were not at end of life. We used the Highlander for long trips frequently and being away with tire issues was never a risk. We also changed the oil a bit more frequently than the manual required. Partly since the vehicle was in the shop so often for other things we said, “may as well change the oil too while you have it.” 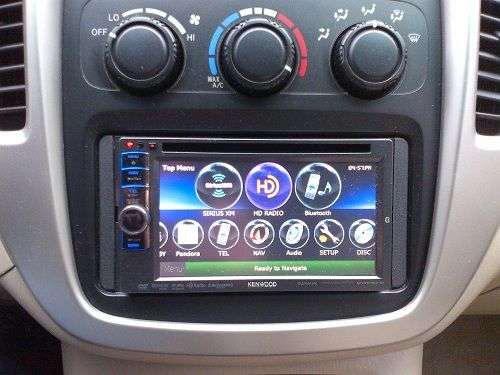 One other added cost not included in our tally was the replacement of the stock radio and cassette player with a fancy touch-screen infotainment system that has GPS Nav, Sat Rad, MP3 capability, Bluetooth, hands-free phone, and a digital FM/AM tuner. We paid $1,100 for that system, and consider it money well spent since it has kept the Highlander current for longer.

Setting aside the fact that we may have spent a bit more on tires than other owners, we feel the Highlander has been a disappointment in terms of maintenance and reliability. We used a Lexus or Toyota dealer for the first three quarters of the time we recorded the costs and that also made the repairs and maintenance more expensive than it would have been if we had used a good local mechanic. That said, we LOVE this vehicle. We just wish it had lived up to its reputation for durability.

We have also recently completed 100K miles in a 2006 Honda Accord. See how much less expensive it was to maintain and repair here.

Sean wrote on March 5, 2019 - 8:03am Permalink
Wow....something is seriously going on with the brakes on that vehicle. It sounds like it could be a mix of bad/cheap parts and possibly inexperienced technicians as well as some possible price gouging. That is exceptionally unusual to be replacing all of those parts that often and under 100k miles. I didn't see it in the article, but do you live in a part of the country that goes crazy with road salt? I am thinking you may since you have the winter tires. Was the undercarriage ever rinsed in the winter months to get the salt off? I don't doubt your experience but as I said this seems very unusual.
John Goreham wrote on March 5, 2019 - 10:47am Permalink
Indeed, we do go crazy with road salt. I'm a maniac about trying to keep the undercarriage clean, but one can only do so much. There is zero rust on the body or unibody. The brakes have been changed by three different places including two dealers. The problem, in my opinion, is the design, not the actual parts. I Would agree it is unusual except, Supras, Celicas, Lexus IS sedans in our family also all had frozen calipers and we have never had one in any other brand. The calipers freezing and grinding down the brakes is what causes the rest of the brake issues. You are right about overpaying. When I switched to a local mechanic my costs dropped by about 1/3. And he does a better job, faster.
Bill putney wrote on March 5, 2019 - 4:30pm Permalink
I have a 2001 awd , 412,000 miles and still going, I change oil every 10,000 miles my self and change oil filter every second 10,000 miles l own a 2003 4 cyl. Camry 289,000 miles , I had a 1998 Camry with 366,000 miles before I wrecked it , l am currently driving a 2011 Highlander 143,000 miles and my wife drives a 2018 Highlander .
David Ammar wrote on March 6, 2019 - 1:27am Permalink
Gosh. I have a 2006 highlander with 125k One reason for the high cost is ....overpaying in almost all cases. 150 for oil changes in one year? Every 5k mikes..means 2 or 3 a year at $25 each. Tires were 50% more than what I pay at discount tire..plus the warranty covers premature wear....ie 38k mi 2600 for brakes? I had rotors and calipers pads replaced at Firestone for $900... Take any vehicle to the dealer and it will always be crazy expensive esp those service pkgs....eg 50k service $450....oil change fluid checks ...wind shield wipers.
John Goreham wrote on March 12, 2019 - 2:04pm Permalink
David, I'm glad you added this comment because you are absolutely correct. I did overpay at the dealers and am so happy I later switched to a trusted local mechanic. That $2600 charge was for more than just brakes, but you are still right. Even with that major service, it was a crazy-expensive stretch.
Frank wrote on January 17, 2020 - 6:24pm Permalink
We had the first generation HL (2006) until we trade in for a 2011 HL. It had 80,000 miles and the only thing that went bad on it was the AC compressor. Only one brake pad change, resurfaced rotors and regular oil change and tire rotation. You have to find a good local shop and never take the car to the dealership after the warranty expires. Our 2011 HL has 81,500 miles and I just changed the front rotors and second set of brake pads. Replaced driver side caliper for a total of $500. I did the rear brake pad and rotor replacement about three months ago for about $300. All in all approximately $800 for front and rear. Toyota dealership quoted me $3200 for ball joints (LCA) and rear brakes after they did my oil change. Local shop found nothing wrong with my suspension. $3200-$800=$2400 in savings. If you don’t want to get a second opinion then please don’t complain about how expensive it is to maintain your HL.
Rondhol wrote on August 2, 2020 - 2:44pm Permalink
This is the most expensive repair in history for highlander. Practically you got lemon. It's very possible the dealer you go to has quality control issue in their work. Bonding caliper is easily detected during annual checkup (free) when you change oil. What he needs is simple silicon grease in caliper pins. Common issue in wet snowy salty. Prius also have similar problem on dried slide pins. It's 30 minutes job, or 5 minutes of you are rotating tires at the same time. Which all your description, most people who check their car in local shop may have much better prospect than any stealership and cost at least 1/3 price. I believe your Toyota dealer is not a good one.
Alex Nelson wrote on October 12, 2020 - 10:31am Permalink
I have a 2005 Highlander and experienced the same problems with the brakes. All four calipers froze around 70K miles. Dealer wanted $3000(!) for the job, local mechanic still wanted $1500. Then they froze again, at 120K miles, went straight to the mechanic again. My loss - I found out afterward that there is an open recall for corroding brake fluid. Obviously the dealer would weasel out of replacing the calipers and rotors for free, since it's something wrong with the master cylinder. But I would disagree that our cars are one-off lemons - obviously something is defective with the Highlander's brake system. A reliable car when you need to start it (usually) but when you try to stop it... good luck.
John Goreham wrote on October 12, 2020 - 4:04pm Permalink
Thanks, Alex. I love my Highlander and still have it. This week, Wheeler Dealers did an episode on the Porsche Cayenne. It had a caliper problem. Cost for one caliper from Porsche? $5K. The entire vehicle had a value of $9,500. Made me smile at my Highlander's "problems." :)
Greg Scavezze wrote on July 23, 2021 - 8:24pm Permalink
Seems like you paid double or triple or more for your repairs? My timing belt at 90k miles was $800. Brakes one time in 130k miles. 3 oil changes at my dealer = $160.00. All of this at my local Toyota dealer.