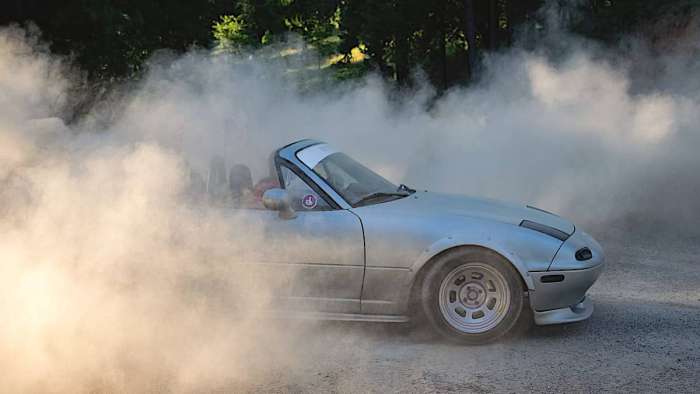 Consumer Reports mechanics listed 9 models you should keep an eye on if you are a current owner (or totally avoid, if you are looking to buy a used car among the models listed) and want to significantly decrease your risk of having to pay for one of the three biggest repair bills common to cars.
Advertisement

The Big Three of Automotive Repair

The Big Three of automotive repair when it comes to those generating the highest repair bills are rebuilding an engine; replacing or repairing a transmission; and, repairing a blown head gasket.

An Annual Auto Survey made by analysts at Consumer Reports found that problems with head gasket issues in some models of cars stood out, not only because of the frequency, but also the resulting costs behind a head gasket repair---especially if signs of an impending problem are ignored until it is too late and thereby necessitates additional repair costs.

Head gaskets have the job of sealing the interface between the engine block and the cylinder heads. Between the two engine components, the pounding of firing pistons and the pressure of expanding gases; and, the pressure from oil and coolant fluids places an extreme amount of pressure on the gasket’s hold between the surfaces. On top of that, you also have a significant amount of heat that affects the expanding, shrinking, and warping of block and cylinder heads that adds to the stresses placed on the seal.

White smoke coming out of the tailpipe is a classic sign. Gasket seals are needed to isolate engine coolant from the cylinders as the coolant circulates through the block to help control temperature. If white smoke is observed coming out of your tailpipe, then this is a good indication that coolant is seeping past the gasket and getting burned inside the cylinders and exhausted out.

You might also observe bubbling in the radiator and/or in the coolant reservoir; loss of coolant with no discernable leakage; a milky white discoloration of the engine oil; engine overheating warning light; and, a noticeable lack of power due to cylinder compression leakage.

HOW TO CHECK FOR A BLOWN HEAD GASKET

The Cost of a Blown Head Gasket

The cost of a blown or leaking head gasket can vary from several hundred dollars to a few thousand depending on how much damage occurred from the blown gasket. Essentially, the longer a problem goes unchecked and addressed, the more you can expect to pay toward the higher end of estimated repairs. According to Consumer Reports’ chief mechanic John Ibbotson:

“It is striking how such a simple component can lead to such catastrophic problems. Catch a failure early, and you might limit the expense. Better yet, learn from others, and avoid models known to have a higher risk of these dreaded issues.”

As such, here is a summary of car models from the past 10 years that analysts from Consumer Reports recently identified as having an increased chance of developing a blown head gasket problem; plus, recommended alternative models without head gasket issues.

Models with a History of Head Gasket Problems

COMING UP NEXT: The Sealed Automatic Transmission Flush Deception

For more about CR-recommended vehicles to avoid or at least bear some watching over if you own one, check out these popular midsized SUVs to avoid and to buy, as well as these recently rated best new SUVs Consumer Reports recommends to buy today.

Photo by Caleb Pudewell on Unsplash