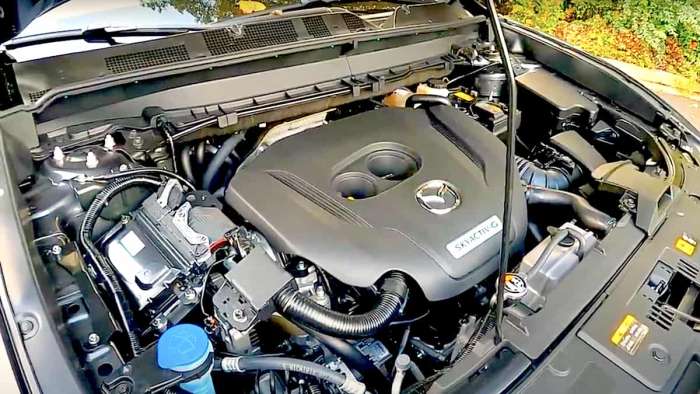 Here’s a summary of the latest midsized SUV’s that despite their perceived popularity, should be avoided according to Consumer Reports’ car experts who offer these better choices including two under-the-radar gems they’ve found.
Advertisement

What is Popular is Not Necessarily Good

In a recent analysis by Consumer Reports analysts, a good point is made that using casual anecdotal observations in your city of what must be a popular choice in midsized SUVs can be deceiving. Deceiving because, often local vehicle discounts and advertising lead to increased car sales of certain models that while saving money, just might not be the smartest model to choose regarding performance and quality of build.

In other words, what your neighbors are buying in a SUV cannot replace research if you want to make a smart and informed car buying decision.

That said, here is a summary of two midsized SUVs they believe that you should definitely avoid; and, smarter alternative choices in a midsized SUV that include some under-the-radar gems that will make your neighbors take notice.

• Below average predicted reliability.
• Unimpressive 19 miles per gallon.
• Low dash vents that blow air on the elbows of front seat riders.
• Safety feature like FCW, AEB, and BSW are extra and require mid-trim and higher models.

• New look and design with increased power, controls, and a hybrid version.
• Standard 191 horsepower engine is passable, but can opt for a more powerful 2.5 liter turbo.
• FCW and AEB with pedestrian detection are standard; BSW and RCTW (rear cross traffic warning) are not available on the base model, but are standard on all other trim levels.

• A mediocre choice among a range of strong competitors.
• Four-cylinder turbocharged engine with 10-speed automatic is rough and underperforms in fuel economy compared with V6-powered competitors.
• In spite of being roomy and quiet with popular safety features available as the standard, its well-below-average predicted reliability made it one of the least reliable models in their analysis.

• Engaging to drive with a responsive 227-horsepower, 2.5-liter turbo four-cylinder mated to a smooth six-speed automatic transmission.
• 22 mpg overall in tests.
• Though second-row seating is generous, the third row is tight.
• Dial-controlled infotainment system may take time to master, but is compatible with Android Auto and Apple CarPlay.
• FCW, AEB with pedestrian detection, and BSW are standard.
• Above-average reliability.

For more details and specs of the vehicles, readers are encouraged to visit ConsumerReports.org for unparalleled reviews of cars and how they compare in model by model comparison studies.

For more about great car deals that save money, be sure to check out Consumer Reports Most Discounted New Cars to Buy Right Now.

For articles about car maintenance and repair, be sure to check out our past and future articles that covers both new and used vehicles (including Tesla and other Electric Vehicles) to help you have an enjoyable car experience and save money.