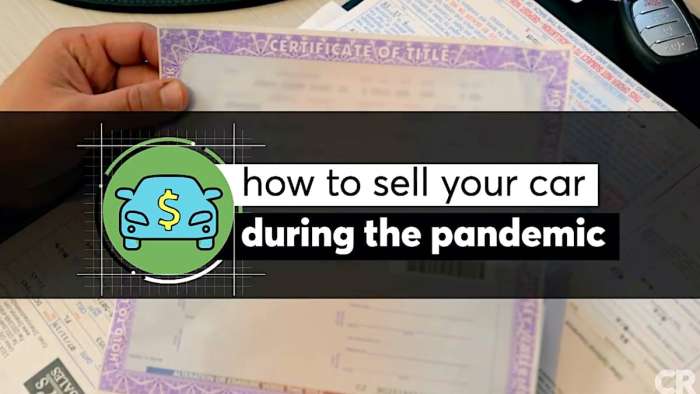 With the pandemic, car dealers are having the problem of not having enough used cars to sell---even those car models that were not so desirable a few months ago, are fast becoming hot ticket items for car dealers today. Here’s the latest from Consumer Reports analysts on how to best sell your used car to get the best deal possible.
Advertisement

As we learned recently, the used car market is fast becoming very hot as supplies of used cars are dwindling evidenced by the fact that dealers are paying significantly more today at car auctions this year in comparison to last year, as well as for trade-in deals.

As such, we’ve focused on various options car consumers have, such as the wisdom of hanging onto your used car for now and having it repaired; buying your currently leased vehicle through your buy-back option lease agreement; and, why you may want to consider re-selling your leased vehicle.

The Pluses of The Market For You Today

While overall, the used car market looks dismal for many car buyers, it turns out that there are some pluses to be had---if you act quickly.

According to a recent Consumer Reports news article explaining to consumers how they can go about navigating their way through the surging used car market, they agree with other analyses that used cars are much higher in price, and that it is harder to find a good deal.

Used-car prices have continued their steady upward climb this year as new-car shortages put increased pressure on the used market. The most recent Consumer Price Index report, from August, shows that prices were up almost 32 percent over a year earlier, and a major used-car retailer tells us that prices have crept upward each month this year.

“We continue to see an upward trend in average used listings prices,” says Nick Woolard, an analyst at TrueCar, a Consumer Reports partner that tracks industry trends and provides a platform for auto listings. “In October, our average used list price is $31,676, which is up 29 percent compared to a year earlier,” states Woolard for the CR article.

However, there are some pluses to all of this as well.

“The silver lining for consumers is that even though prices are higher, your trade-in will never be worth more than it is today, and that may put you in a better position to purchase a newer car,” says Lauren Donaldson, senior director of accounts at PureCars, a consultancy that advises dealerships on marketing strategies.

In other words, if you would like to buy a new car, you stand of a much better chance of getting more for your used car’s trade-in value at the dealership; or, can sell your used car yourself relatively quickly at a higher price than normal.

That said, here is a new informative video from Consumer Reports about the best approaches you can choose from when selling your used car. And, more importantly, some tips you need to know on how to get that additional extra $1,000 or more.

How to Sell Your Car During the Pandemic

For more about current car news involving many makes and models, be sure to bookmark our site and stay updated on the latest information on the most discounted cars; the most fuel efficient cars; and, cars you should avoid.