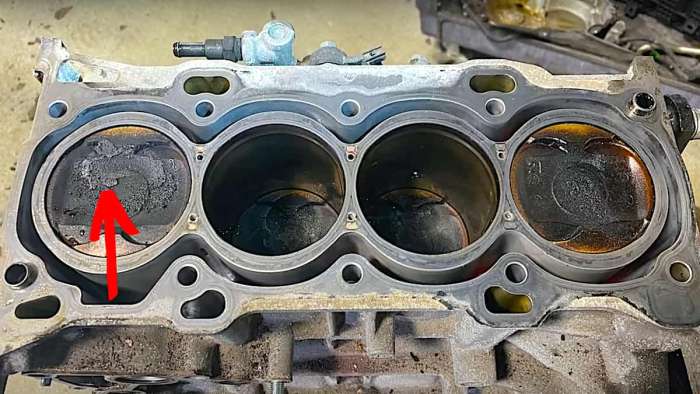 What a Used Toyota Engine Rebuild Can Cost

Discover what happened during a Toyota engine rebuild and the costs involved by a popular mechanic who takes you step-by-step through the rebuild of a Toyota engine. The results may help you decide whether it’s cheaper to fix your old car’s engine rather than buy a new-used car.
Advertisement

One of the maxims of car ownership is that sometimes the best used car is the one you already own. The gist of this saying is that you know the history of your old car and what could be wrong or potentially wrong with it as it ages, whereas a new-used car’s history is unknown by you and is always a gamble.

Deciding on sticking with your used car provides you with a few options regarding the engine:

(1) You could buy a used engine from a wreck that wound up in a junkyard that might have significantly fewer miles on it. Simply swapping it from the wreck to your old car could work. This is usually the cheapest method of replacing an engine

(2) You could have your original engine rebuilt where it is disassembled, cleaned and reassembled with repairs to some of components, parts replaced and new gaskets and seals installed. When done properly a rebuilt engine can last for many more miles. Depending on the level of the rebuild, this could be your second least expensive option.

(3) You could buy a remanufactured engine where an engine of the same make---and hopefully model---of your car was pulled from another vehicle and returned to a factory-level condition. You would expect the engine’s primary components to all be re-machined to good specs that would result in a like-new engine. As such, this engine stands the best chance of all 3 options to last the longest, will come with a warranty; however, will cost significantly more.

That said about the options, do you have a used car that is showing signs of engine wear such as burning more oil than it used to? Are you considering having the engine of your used car rebuilt because you know its history and believe it will save you money over buying an unknown used car?

If so, then you really need to watch this informative video as a mechanic tears down and reassembles a used 2016 Toyota Camry engine with oil burning issues, that demonstrates what the problems with the engine were, what needed to be and was done; and, what the costs were in the end. Plus, the mechanics honest take on whether the owner of the car really should have hired out this engine repair job to be done, and what the mechanic would have recommended.

What’s In This Must-Watch Video

Discover in the video:

• How to disconnect all of the under-the-hood components before pulling a Camry engine out of a car.

• Identify special connecting bolts during disassembly that might be missed and/or cause problems.

• Identify which bolts don’t need removing to remove assemblies intact, rather than in pieces.

• How to inspect the intake manifold, cylinder head, cylinder walls, pistons and other engine components.

• Why this Toyota engine had an oil-burning issue.

• What a “short block” is and what it means when replacing all or part of an engine.

• The mechanic’s advice on this particular job.

That said, sit back and relax for what is guaranteed to be an enjoyable and informative learning experience that can save you money and help you decide whether to have your used car engine rebuilt or select a used car.

Here's Why Toyota Engines Consume Oil. Tear Down and Repair

Caveats to the Video

The mechanic stated that the engine could not be re-bored to fixed the worn cylinder walls, which is true with this particular engine. This is due to the design of the aluminum block that has very little space between the cylinders to cut down on weight, and a special sleeve liner that is cast within the cylinder walls that is essentially non-replaceable. However, some models have sleeve liners that can be replaced---albeit doing so might not make good economic sense.

Your engine’s ECU is programmed to communicate with your particular engine; and sometimes, when a new engine is installed rather than using the rebuilt original engine, the ECU can have problems connecting and communicating with the new engine that may require either a reprogramming of the ECU or buying and installing a replacement ECU that will work with the new engine. It’s something to consider before deciding on an engine replacement option.

For more used car articles related to the topic, be sure to check out the following linked articles “The Sealed Automatic Transmission Flush Deception Revealed by a Mechanic;" and, “Best Rated High Performance Car Tires of 2021 Including Winter Swap Outs.”