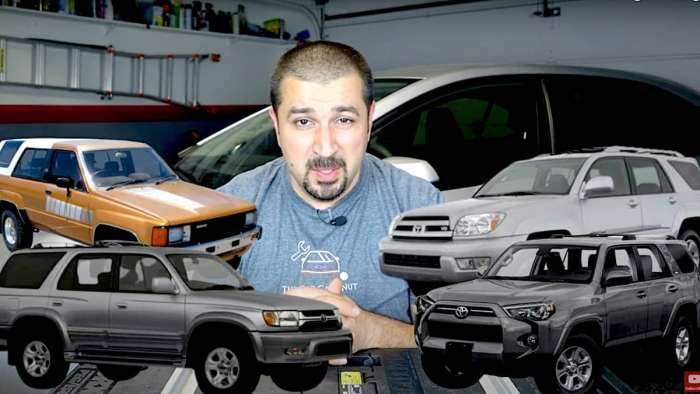 The Best and Worst Used Toyotas To Buy Recently Reviewed

Learn from a Toyota Master Diagnostic Technician his recommendations of the best and worst used Toyota models to buy, based on his years of experience working on Toyota cars in this recent review released today.
Advertisement

Earlier we learned that asking someone for their recommendation of what used car is a good buying decision today is fraught with complications because it is really asking the wrong question.

From past articles we’ve also learned repeatedly that there is nothing more important than inspecting a used car ourselves or hiring a trusted mechanic to inspect a used vehicle for you before buying one. Furthermore, that this advice applies not to just buying from a previous owner, but also from dealerships that are willing to scam its customers given a chance to do so; or, counting on Certified Previously Owned (CPO) cars to be truly warranted against buying a lemon.

How To Make a Good Used Car Buying Decision

Rather than depend on the advice of someone you know---or even a trusted mechanic---you just might find that the best bet is to seek help from someone who specializes in working on a particular make, and many of its models on a regular basis.

Sounds hard to do unless the guy next door is a trained and certified technician that works on the make of vehicle you are most interested in; however, fortunately there are credible online resources such as “The Car Care Nut”--- a Toyota Master Diagnostic Technician---who hosts a popular YouTube channel and shares what he has learned from years of working for and on Toyota vehicles.

As of an example of what he has to offer, here are two bits of overall buying advice on used Toyotas that not only makes good sense, but serves as a warning about what is happening in the used car market today and how you should respond to it.

1. Avoid rusty used Toyota trucks----the problem with Toyota trucks is that compared to their sedan siblings, Toyota trucks are notorious for having significant rust issues. Especially those from the rust belt areas and/or truck owners who have failed to provide undercoating protection to their truck when it was purchased new and afterward as part of its regular maintenance. The advice here is that if you do buy a Toyota truck---of any model---be sure to have it inspected for rust. As the Toyota YouTube Channel host says “…reliable parts don’t hold themselves together without a reliable frame.”

2. Don’t feed the shark---right now many dealerships are taking advantage of the chip shortage problem by seriously over-inflating the prices of not just new cars, but used cars as well. His advice is that the chip shortage will not last forever, but what will last forever is that regret you will feel after having paid too much for a vehicle that will eventually come down in price. The best advice is to stick to the MSRP pricing as your guide and learn how to deal with dealership salespersons when looking at a car on the lot.

The Best and Worst Used Toyotas To Buy

That said, here is another important video from The Car Care Nut YouTube channel that was released just this afternoon that is so timely, it is too important to delay any further with repeated reporting on his recommendations of which Toyota used models to pay particular attention to when looking for a used car. Plus, those Toyota models you should avoid and why.

Without further ado, here is the video in its entirety for your elucidation and benefit as a used car shopper:

For more used car articles related to the topic, be sure to check out the following linked articles “The Sealed Automatic Transmission Flush Deception Revealed by a Mechanic;" and, “How to Inspect The Transmission Fluid on a Used Prius.”

COMING UP NEXT: Toyota Maintenance Mechanic Shows How to Cut Brake Repair Job Costs in Half