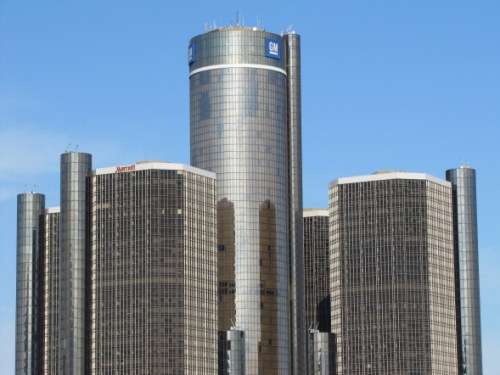 General Motors Company (NYSE: GM) and the Government of St. Petersburg signed a memorandum of understanding (MOU) to work together on automotive technology to help sustain growth in the Russian auto industry.
Advertisement

According to the GM news release, the memorandum on industrial, engineering and research cooperation was signed within the framework of IV St. Petersburg International Innovation Forum. It covers development of jointly supported research projects, exploring opportunities for exchange of relevant academic and scientific information, visits and exchange between professors, scientists and students and co-development of educational programs in automotive technology.

For the record, this long-term prospective cooperation started at III St. Petersburg International Innovation Forum in 2010. Under the current program, leading universities in St. Petersburg are conducting applied research and development in the automotive industry, including training young scientists at GM in research and technical centers in the United States.

"The GM Global R&D Center in Michigan has been established and successfully operates exactly for this purpose. In a joint project with the Government and universities of St. Petersburg,” said Jim Bovenzi, president and managing director of General Motors Russia and CIS.

“We plan to expand our research capacity and share experience. This mutually beneficial cooperation enables young professionals to realize their potential and gain valuable experience and General Motors to get the inflow of fresh ideas and skilled young people,” Bovenzi said.

Looking Back to Other Russian Agreements

In Februrary, 2011, General Motors Company (NYSE: GM) and GAZ Group, one of the largest automotive holding companies in Russia, announced teaming up up to build the new Chevrolet Aveo at GAZ’s facility in Nizhniy Novgorod, Russia.

Both have signed an agreement for the contract assembly, scheduled to begin in mid-2012.

According to that GM news release, about 30,000 Aveo sedans and hatchbacks were expected to be assembled annually. The vehicles would be sold on the Russian market.

Torque News writer, Patrick Rall, also reported in August that Toyota USA had unveiled the 2012 Toyota Camry with a redesigned look inside and out destined for the Russian market – with a look quite different from what American buyers will be getting later this year. Ref, The 2012 Toyota Camry for Russia introduced as a premium business sedan

So, things are looking forward and upward for the auto industry in Russia.