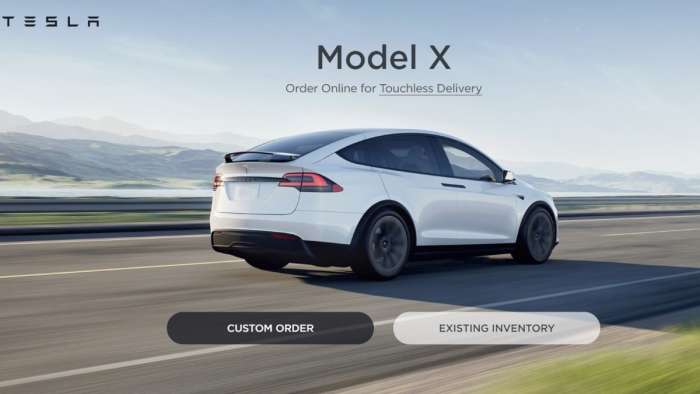 After a very long wait, the refreshed Tesla Model X seems to finally be entering production. Tesla customers with a Model X Plaid reservation have reported Tesla has contacted them to "prepare for deliveries".
Advertisement

Tesla shut down the Model S and X production lines back in December of last year. The reason for the shutdown was that Tesla wanted to make necessary upgrades in order to produce the refreshed Model S and X.

Initially, Tesla said deliveries of the refreshed Model S and X will begin in late February and March, respectively. However, due to the chip shortage that’s plaguing the entire automotive industry, Tesla was forced to significantly delay deliveries of these vehicles.

However, information regarding the refreshed Model X has been hard to come by. Tesla has yet to show off the new Model X in public and the only up-close pictures of the vehicle we have are from spy shots taken around Tesla’s Fremont California plant.

Tesla also hasn’t put out a new delivery date since the initial early March date slipped. However, now we are getting reports that suggest Tesla is preparing to begin refreshed Model X deliveries as the EV maker has started contacting Model X reservation holders to prepare for delivery.

One such report was shared by Bryon, who is waiting for his Model X Plaid in Arizona. According to Byron, his Model X reservation in his Tesla account was recently updated to “prepare for delivery.”

Bryon says Tesla asked him to enter his address for delivery and he also received a text message reminding him to enter the information “to prevent any delays with delivery.”

This information still doesn’t give us the exact delivery date however, Tesla usually contacts owners to prepare for delivery when their vehicles are only a few weeks away. This means Model X deliveries are not too far out.

The Model X is arguably Tesla’s most important luxury vehicle. As compared to the luxury sedan market, the luxury SUV market is much bigger. And the Model X being an SUV means it is more likely to outsell the Model S sedan.

In addition, the Model X is likely to play a bigger part in achieving Tesla’s stated mission of “acceleration the advent of sustainable energy”. SUVs, since bigger and less aerodynamic, are more polluting. And every internal combustion SUV the Model X is able to replace will have a significant impact in lowering fossil fuel consumption.

And even though Musk seems to be most excited about the Plaid Model S, the Model X is arguably a more impressive vehicle. Tesla’s Faberge egg already has first-of-a-kind features such as an ultrasonic sensor that can see through metal and falcon-wing doors which aren’t available in any other vehicles.

And now with the new update, the Plaid Model X gets an impressive 0 to 60 time of 2.5 seconds. This makes it a 7 seat SUV that is as quick as the Buggati Veyron. The vehicle can also go flat out 163 miles per hour. Tesla didn’t release the quarter-mile time for the X however, it is sure to be impressive.

We will keep you posted if Tesla releases more information regarding the refreshed Model X delivery. Make sure to visit our site torquenews.com/Tesla regularly to get the latest updates.

So what do you think? Do you think we will see Model X deliveries begin this month? Also, which one do you think is more impressive the refreshed Model S or the new Model X? Let me know your thoughts down in the comments below.

Catherine Gandey wrote on August 26, 2021 - 3:16pm Permalink
I ordered My Model X long range January 2020. I still have a delivery date of September on my account. It went from April to June to September. I am in canada. Still NO NEWS if it will really be in september
Werner wrote on August 31, 2021 - 10:37pm Permalink
I ordered my model x LR in august 2020. it arrived last week in December 2020 in germany, but TESLA GERMANY sold it to another customer. I made a new order January 28 2021 8k € more for the refreshed model x LR with September 2021 as a delivery date. Now I got the info it will be in the 1 quarter 2022!!!!!!!!
Catherine Gandey wrote on September 20, 2021 - 9:51am Permalink
Updated* Now delivery date is January 2022. An entire year? wow!
Walter Allen III wrote on September 7, 2021 - 5:22pm Permalink
I ordered a Model X Plaid in early February and had a June delivery date, which was moved to October and as of two days ago, the date has disappeared!
Chris Moffitt wrote on September 22, 2021 - 10:40am Permalink
Ordered model x LR in February-March and delivery said June then went blank then said November and then went blank within the last week. I’m hoping blank is a good sign but probably not the case. Wouldn’t mind if waiting on the tax possible credit but I guess it’s out of price range. Thinking about ordering a Y if that goes through , this is crazy
Chris Moffitt wrote on September 22, 2021 - 10:55am Permalink
Ordered model X LR in Feb with delivery saying June then July then blank for a while then November then a week ago blank again. This is crazy
Walter Allen III wrote on September 22, 2021 - 2:43pm Permalink
Tesla’s fantastic vehicle and Elon is awesome but it would be quite nice if Tesla would give Te SLS buyers a ballpark estimate of vehicle deliveries and not leave it blank.
Jennine Huet wrote on September 28, 2021 - 10:26pm Permalink
I order my new Model X LR on Dec 8 2020. They announced the refresh shortly after and my 2 week delivery time is going to turn into a year-ish. My account briefly said Dec delivery but that has disappeared. Who knows? We joke that I will get my new Tesla when Elon says I can have it! This is my second X and I waited nearly 2 years for the first one!
Bob Levit wrote on October 31, 2021 - 8:22am Permalink
Ordered my X Plaid in March and still awaiting confirmation for delivery. I called Tesla and they informed me I am scheduled for January delivery.

Tsingshan's Threat to Tesla: EV Maker Is In Battery Crosshairs
Tesla-Funded Research Reveals One of The Biggest Mysteries of EV Battery
END_OF_DOCUMENT_TOKEN_TO_BE_REPLACED