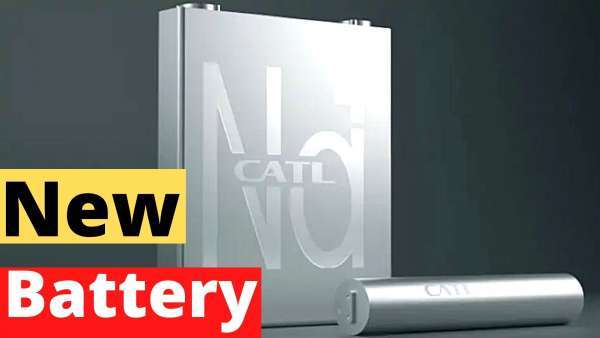 CATL, which supplies Tesla, VW, NIO, and Mercedes EV batteries has a new sodium-ion battery. And this new sodium-ion battery is designed not only to help ease lithium shortages but also threatens to take over the world market from lithium. This sounds great, but do you see the full production at scale anytime soon?

China's CATL on July 29, became the first major automotive battery maker to unveil a sodium-ion battery, saying it planned to set up a supply chain for the new technology in 2023.

A big breakthrough in battery technology has already been speculated longer, now he is clearly there: The Chinese manufacturer CATL (short for Contemporary Amperex Technology Ltd.) has a breakthrough in the production of sodium-ion cells announced, which promise a much greener alternative to today's lithium-ion batteries.

Sodium-ion battery cells are already known and much researched, but have always been considered inferior because they store less electricity and are heavier. For this reason, they have so far been planned primarily as stationary electricity storage devices, but not as batteries for e-cars. But CATl now claims to have managed to drive the energy density of the sodium-ion battery cell up to 160 Wh / kg. This is almost as tight as the lithium iron phosphate cells that are currently used in the Tesla Model 3, for example. Because the cathode material of the sodium ion cell is less dense, a battery made from them could be just as big and heavy.

And that has tremendous advantages. Because in mass production, which CATL wants to start in 2023, i.e. in two years, sodium-ion cells should only come to 25 to 35 euros per kilowatt hour - which is very cheap. The performance is suitable for e-cars, the batteries should charge to 80 percent in 15 minutes at room temperature and also have a capacity retention rate of more than 90% at an ambient temperature of -20 ° C - a feature that, given the cold winter in the important markets of Europe and North America.