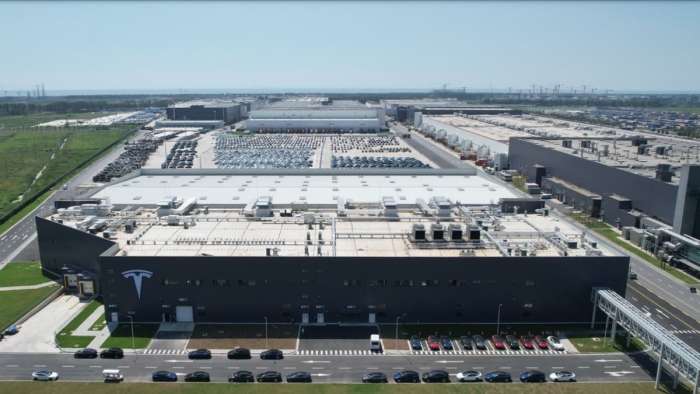 Tesla China has just posted its second-highest monthly delivery number in March producing and selling 65,814 vehicles. This number is even more impressive when we take into account Shanghai, the location for Tesla's only China factory has been experiencing lockdowns due to a surge in COVID-19 cases.
Advertisement

Tesla has been growing vehicle production at an incredible pace. And even more impressively, the EV maker is achieving this growth while the entire automotive industry has been forced to cut production due to the worldwide supply disruption caused by the COVID-19 pandemic.

And the biggest growth center for the EV maker has been Giga Shanghai. Tesla’s China factory, within two and a half years of the groundbreaking ceremony, has already surpassed an annual production run rate of over 500,000 vehicles.

December’s number was a 208 percent growth year over year and 26 percent increase month over month.

However, the rapid growth seems to be stabilizing. According to the wholesale number released by China Passenger Car Association (CPCA), Tesla’s production was down to 59,845 vehicles in January and 56,514 in February.

However, March numbers showed some revival with Tesla China producing and selling 65,814 vehicles in the last month of the quarter. This is an 86% growth year over year.

Out of the total March sales, 65,755 vehicles were sold locally and only the remaining 60 vehicles were exported out of the country. This shows incredible demand for Tesla vehicles in the world’s most populous country.

$TSLA sold 65.8k vehicles in China in March compared to 56.5k in February

And making Tesla’s March number even more impressive, the EV maker’s Shanghai gigafactory was shut down in the last few days of the quarter. However, even more importantly, for the entire month, Shanghai has been experiencing a surge in COVID-19 cases.

Meaning Tesla has been losing employees due to mandatory quarantine for weeks before the company was finally forced to shut down operations in the last few days of the quarter. Tesla’s Shanghai gigafactory still remains shut down to this day with no concrete date for reopening.

It’s difficult to imagine Tesla can maintain March’s impressive sales number with the company already spending a third of the quarter with its sole Chinese factory shut down.

As of now, it’s impossible to put exactly how much the shutdown will affect Tesla in April. However, we will be sure to keep you updated as we get more information. Until then make sure to visit our site torquenews.com/Tesla regularly for the latest updates.

So what do you think? Are you happy with Tesla China’s performance in March? How do you think Giga Shanghai’s shutdown will affect Tesla’s sales numbers? Let me know your thoughts in the comments below.

Tesla Contemplates A New Strategy for China Retail even As Sales Boom
Jay Leno on Elon Musk & EVs: “I Think He Should Get ... Credit"
END_OF_DOCUMENT_TOKEN_TO_BE_REPLACED