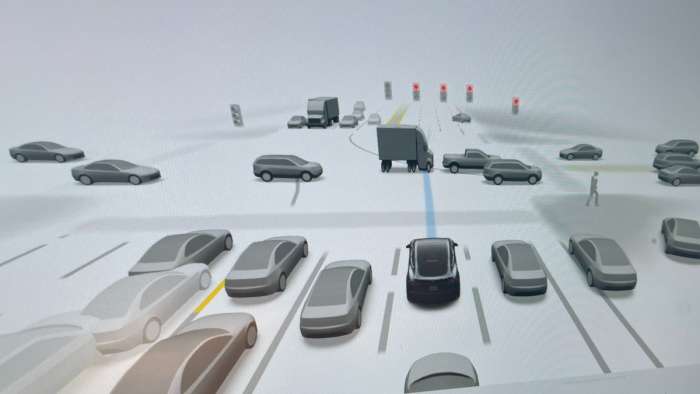 Tesla's FSD Beta software is rapidly progressing towards becoming a level 5 fully self-driving software. However, as the AI's capabilities grow, so has scrutiny by regulatory agencies. And today, an 8-month-old message sent by the NHTSA to Tesla asking to be included in the FSD Beta program has surfaced. After a long wait, Musk has finally agreed to turn on FSD Beta on the regulatory agency's in-house test Tesla vehicle.
Advertisement

And a few weeks back Elon Musk had said “the 3 am oil is being burned” to get the next iteration of FSD Beta (FSD Beta 10.69) out. After several delays, FSD Beta 10.69 is expected to be released on August 20.

This FSD iteration, among other things, is expected to significantly improve the software’s capability in dealing with Chuck Cook Style unprotected left turns.

FSD Beta 10.69 will surely be exciting, however, as FSD Beta’s capabilities and reach have grown, so has the number of critics and regulatory probes.

And today, an email sent by the National Highway Traffic Safety Administration (NHTSA) to Tesla was shared on Twitter.

The NHTSA’s message which was sent back in January reads…

With over 700 miles of driving this year and a safety score of 99 (including a score of 100 for the most recent 107 miles on Jan 21), we have not received the OTA update to fully enable FSD in our vehicle.

We request some of your time and expertise to assess our situation and help us understand what additional steps we might need to take.

It’s not exactly clear why Tesla has taken this long to let the NHTSA into the FSD Beta program; however, after a long 8 months wait, Elon Musk has finally responded to the NHTSA and has agreed to turn on FSD Beta on the regulatory agency’s in-house Tesla test vehicle.

In classic Musk fashion, his NHTSA response was not sent in some official message to the regulatory agency but rather simply as a Twitter post writing “ok we’ll turn on” preceded by a laughing emoji.

ok we’ll turn it on

As of now, it is not exactly clear how allowing the NHTSA into the FSD Beta program will affect Tesla and the company’s efforts to develop a level 5 fully autonomous self-driving software. However, we will be sure to keep you posted once more information comes out.

So what do you think? Should Tesla have waited this long to allow the NHTSA into the FSD Beta program? Also, how do you think it will affect the software’s development going forward? Let me know your thoughts in the comments below.

Tesla Contemplates A New Strategy for China Retail even As Sales Boom
Jay Leno on Elon Musk & EVs: “I Think He Should Get ... Credit"
END_OF_DOCUMENT_TOKEN_TO_BE_REPLACED