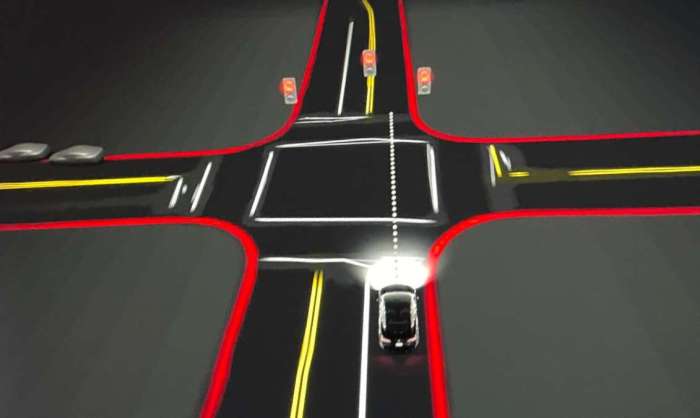 Breaking: Elon Musk Announces Tesla FSD Beta Will Be Released To 1 Million Vehicles By End Of 2022

Tesla FSD Beta is currently showing rapid progress. And now Elon Musk says Tesla's FSD beta will be released to 1 million vehicles before the end of the year.
Advertisement

Back in 2019, Elon Musk promised the world that there will be a million Tesla robotaxis by next year. However, two years have passed since Musk’s set deadline and Elon’s detractors like to remind us that there isn’t even a single Tesla robotaxi out in the world.

Given Tesla equips all vehicles with the necessary hardware to eventually be self-driving, making one Tesla a robotaxi means making them all fully autonomous. As a result, it’s difficult to criticize Musk for missing his goal by such a wide margin.

Having said that, Musk’s predictions when it comes to delivering autonomous vehicles have been fraught with missed deadlines and broken promises.

For example, Musk first started promising level 5 autonomy back in 2014.

At the time, the Tesla CEO said by 2017 one of the company’s vehicles would make a trip from Los Angeles to New York fully autonomously. However, 2017 has come and gone without Tesla coming anywhere close to achieving this feat.

After that, Musk has made several promises pushing the deadline for a fully autonomous Tesla by 6 more months each time. However, now the EV maker seems to have finally arrived at a new and better approach to tackle the issue.

According to Musk, the main reason for the delay was that he was making predictions based on the rate of improvement he was seeing in Tesla’s Autopilot software. However, Musk later admitted the improvements started to tail off, and the autopilot software as designed by Tesla had reached a local maximum.

After it became apparent to Tesla that no matter how much training data the EV maker added to the autopilot AI, it will not deliver level 5 autonomy, Musk assembled a new autopilot software and hardware team and did a fundamental architectural rewrite of the full self-driving software.

Tesla first released the fruits of this new approach in October 2020. Since then, the new implementation, now called “FSD beta'', has been improving day by day. Initially, Tesla released FSD beta to 2000 or so Tesla owners in the company’s Early Access program.

However, as FSD has improved and Tesla’s confidence in the software has grown, the EV maker has significantly increased the number of FSD beta testers. As of Tesla’s latest update, the number of Tesla vehicles running FSD beta has grown to 100,000 vehicles in the US and Canada.

Currently, Tesla is on FSD 10.11.2 and several individuals running this software are reporting that they are now able to drive almost anywhere without ever needing to take over from their vehicle.

And these are not simple highway commutes but rather trips that include complex driving situations such as highway onramp and offramp, unprotected left turns, traffic lights, and roundabouts.

Related News: Tesla Brings Back The Cyberwhistle But It Can Only Be Purchased Using Doge Coin

Given the latest version of FSD beta’s capabilities, some have even gone so far as to ask Elon Musk to release this software to all Tesla customers. However, Musk has recently refused to do so saying that he believes the software “still needs more work.”

Luckily, today, in his latest interview at the All-In Conference Musk took on a more optimistic tone regarding FSD beta saying the software will be running on 1 million vehicles by the end of the year.

NEWS: Elon Musk said at the All-In Summit today that Tesla FSD Beta will probably expand to 1 Million users by the end of the year.

FSD Beta currently has ~100k users according to Elon.

Of course, this is the second time Musk is making the exact same promise, however, this time seems different given all the complex driving situations we have seen Tesla’s latest FSD iteration flawlessly handle.

Currently, the next FSD Beta update Elon Musk has called “significant” is expected to roll out any day now. We will be sure to keep you updated on FSD Beta’s improvement when the update is released.

So what do you think? Excited to see 1 million fully self-driving Teslas out in the world by the end of this year? Or do you think like Musk’s other FSD promises this one will also come to nothing? Let me know your thoughts in the comments below.

For more information check out: Tesla Not Reaching Indian Market Yet: Negotiations Deadlocked