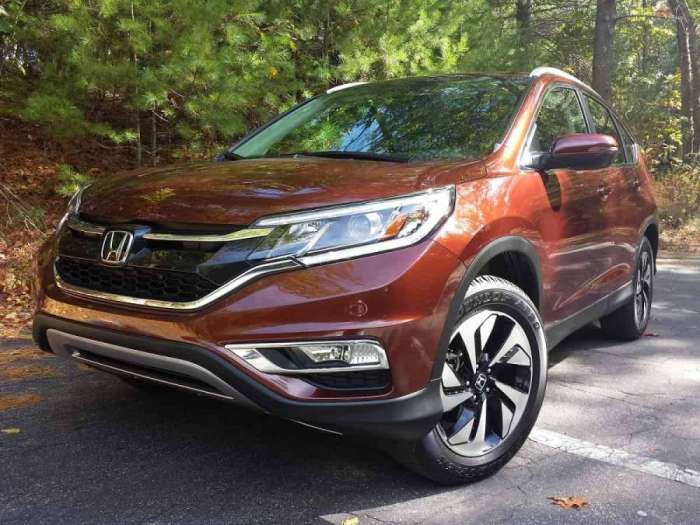 The 2013 Honda CR-V is named the best used vehicle under $15K by this trusted source. Here's why.
Advertisement

A recent study conducted by researchers at iSeeCars.com has determined that the 2013 Honda CR-V crossover is the best used vehicle under $15,000. The group analyzed over 6.1 million cars from model years 2011 and newer to find the used cars that ranked best in two ways. First, long-term reliability. Reliability is key to any used car purchase. Second, the cars must have at minimum average safety rating of at least 4 stars out of 5 from the National Highway Traffic Safety Administration (NHTSA). A good used car can be found across all budgets. To help shoppers in multiple price points, iSeeCars further examined which used vehicles are the smartest buys for those with a variety of budgets.

“A safe and reliable vehicle can be found across a wide range of price points, and older vehicles with established reputations for longevity and safety can help consumers get high-quality cars at more affordable prices,” said iSeeCars CEO Phong Ly. “Reliable pickup trucks and SUVs are more expensive than passenger cars and sedans, so we broke down how shoppers can get the best vehicles in each segment at the lowest possible price,” said Ly.

The Honda CR-V earns good scores for reliability and also top scores for safety. However, it is not the only aspect that shoppers will be interested in. Crossovers are all about practicality. Two Honda SUVs make the list including the 2013 Honda CR-V compact SUV and the 2012 Honda Pilot midsize SUV. “The Honda CR-V has strong safety and reliability scores while providing among the most cargo and passenger space in its class,” said Ly

Honda CR-V Safety
The Honda CR-V was a standout for safety in 2013. It earned the Top Safety Pick award from the Insurance Institute of Highway Safety in that model year, as it does in most. It is the opinion of Torque News that IIHS conducts the most rigorous and complete safety testing of automobiles for the American market. Earning this safety designation will help used crossover shoppers to know that the car is as safe as can be.

Honda CR-V Reliability
All Hondas have a reputation for quality, but what do owners report about the 2013 Honda CR-V's reliability? At Consumer Reports, the 2013 CR-V earns a respectable 4/5 stars for reliability from owners. CarComplaints.com also has data that shows the CR-V is not a troublesome vehicle now in its seventh year of life. “These vehicles are proven to last beyond 200,000 miles, which means they can last at least 15 years if they are driven at the average annual mileage,” said Phong Ly.

For more information on how well the Honda CR-V holds up as a used vehicle please check out our own detailed analysis in our story, "Used Honda CR-V vs. Used Toyota RAV4 - Which Is More Reliable In These Model Years?"

Do you own a 2013 or other year used Honda CR-V? If so, please tell us in the comments below how well it has treated you. Your feedback may help to inform a used vehicle shopper.

Tesla Contemplates A New Strategy for China Retail even As Sales Boom
Jay Leno on Elon Musk & EVs: “I Think He Should Get ... Credit"
END_OF_DOCUMENT_TOKEN_TO_BE_REPLACED