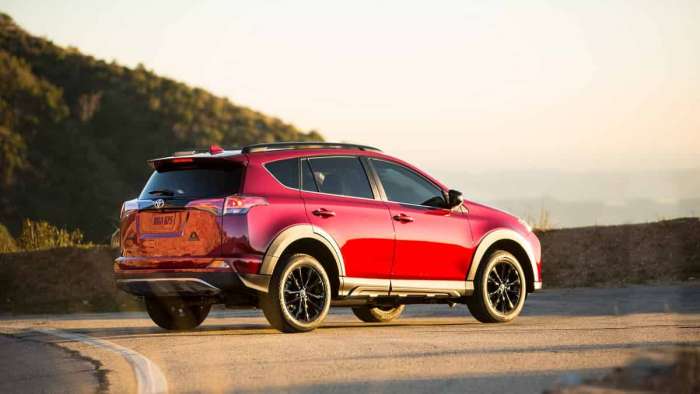 Used Honda CR-V vs. Used Toyota RAV4 - Which Is More Reliable In These Model Years?

We compare used Honda CR-Vs to used Toyota RAV4 crossovers in model years 2017, 2013, and 2010 to see which owners report as being the most reliable. Here are the results.
Advertisement

Both the Honda CR-V and Toyota RAV4 crossovers lead in sales. Toyota’s RAV4 has long held the overall sales title, while Honda’s CR-V has held the sales title when only private owner sales are considered and commercial and fleet sales excluded. These tremendous sales have been going on for decades. And for good reasons. The Honda CR-V and Toyota RAV4 are both favorites when it comes to reliability, safety, efficiency, and value. 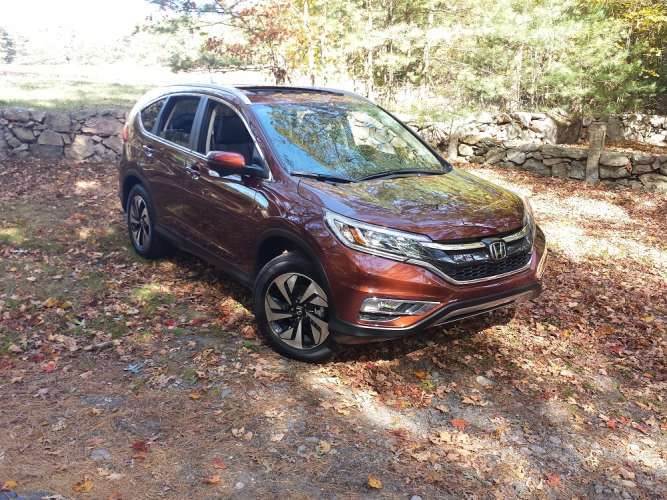 Shopping For A Used Honda CR-V or RAV4
As good as both the Toyota RAV4 and Honda CR-V are when new, they may not be equal in terms of reliability when used. To find out, we looked at two reliable sources of owner-reported problems. The first source is CarComplaints.com. This site offers owners with problem vehicles a place to vent. We like the site because its data is all from owners and it helps to identify trends. Problems in vehicles that many owners suffer from.

The second source is Consumer Reports. Do we always agree with the opinions of the editors there? We do not, but we do have the highest respect for them. And more importantly, their ability to corral owner data and pass a fair judgment on a vehicle. In our research here, we did not look at any opinions of the editors, just the owner-reported data for the Honda CR-V and Toyota RAV-4

We also didn’t scrutinize every model year. Instead, we took three samples. The years are 2017, 2013, and 2010. Why these three? The first represents a vehicle three years old. Past its steep depreciation hit in value and fully broken in. But still newish. And in many cases, still under the drivetrain warranty. 2013 is a prime of life year. Many of these vehicles will now have around $100K miles and be running well, but sell at a price many can afford. Finally, the ten-year-old, high-mileage year old 2010. Let’s look at how well these vehicles hold up when they are nearing the end of their useful life. Here is what we found.

2017 Used Honda CR-V vs. Used Toyota RAV4
CarComplints has almost no complaints for the Toyota RAV4 to offer from 2017. There is no single problem that sticks out. Consumer Reports members report that the Toyota RAV4 is also very reliable. It earns a 5/5 score there.

The CR-V is a different story. The 2017 CR-V earns a “Beware of the Clunker” stamp at CarComplaints. So too does the 2018 model year CR-V. The single biggest owner-reported problem is gas mixing in with the oil. Honda was slow to address this issue. In fact, even after the problem was being widely spoken about on owner forums, Honda was still mum on the subject. Since then, Honda has acknowledged the issue and offered a fix.

Consumer Reports members also report many issues with their 2017 Honda CR-V crossovers. The vehicle earns just ⅖ stars there. The biggest being infotainment glitches. The 2017 CR-V’s in-car electronics only earn a ⅕ score at Consumer Reports.

As you can see, these popular crossovers have different reliability reports from owners. We feel that the evidence from these two sources points to the Toyota RAV4 as being the more reliable of the two. That said, both have many positive attributes. It is no accident that the Honda CR-V and Toyota RAV4 are so popular in the used market.

If you own a Honda CR-V or Toyota RAV4 feel free to tell us a bit about how reliable it has been in the comments below. Your story may help a used vehicle shopper make an informed decision.

DeanMcManis wrote on March 17, 2020 - 1:41am Permalink
I owned an older 2004 CRV and it was a great vehicle, chalking up 286K miles before it got rear-ended and retired. And I bet that someone just patched it up and is still driving it today. I've owned many Hondas over the years and generally they are VERY dependable. But so are Toyotas. I own an older Corolla, and it is also very reliable. My close friend had a Highlander for years and had zero problems with it until someone crossed in front of him against the light and totaled it. He got a '18 Highlander as it's replacement, and he loves it.
James wrote on October 13, 2020 - 3:54pm Permalink
My 2010 RAV4 with a V-6 has 145k miles on it and it has been most reliable, problem free vehicle I have ever owned. Only thing I've had to replace is the alternator which went out on a trip to AZ. At about 125k miles. My car still looks like new as I keep it garaged, washed and waxed. Does have a few rock hits but no rust, no leaks, and I get 27-29 mpg on hwy and 21-22 running around town. Often have people comment on how nice my RAV4 looks and ask what year it is!
Petra Thompson wrote on February 17, 2021 - 4:25am Permalink
I’ve had my 2007 Honda CR-V for 5 years and had no issues whatsoever. It had 80,000 miles on the clock and is now at 121,000 and still going strong. It’s my second CR-V and I would highly recommend it.
Jose' wrote on April 9, 2021 - 7:25am Permalink
My VERY BEST vehicle ever ... 1999 Rav4 L ... 350 K before it started "failing." Only thing replaced was THE FILLED DOOR TO GAS TANK, along with "normal" maintenance items.
Jose' wrote on April 9, 2021 - 7:25am Permalink
My VERY BEST vehicle ever ... 1999 Rav4 L ... 350 K before it started "failing." Only thing replaced was THE FILLED DOOR TO GAS TANK, along with "normal" maintenance items.
Thomas j vanantwerp wrote on May 13, 2021 - 9:01am Permalink
I own used 2011, 2012, &2014 cr-v s....jury out on 2014,all have 4cyl...2011&12 anger me no end that burn oil due to ring problem& since not safety issue Honda won't stand behind product. LAST HONDAS I WILL EVER OWN!!!clunker cars from high school days burn oil...pathetic these vehicles do...I'm sure one customer doesn't mean squat to Honda&now they mean squat to me!!!
Stephen Richard Dale wrote on June 22, 2021 - 8:23pm Permalink
We bought a 2017 RAV4 new. The car has now driven 160k and has not missed a single beat. The only work done apart from regular services has been front discs and pads at 130k. I wouldn't hesitate to buy a RAV4. My wife feels very confident doing country driving alone at night - that attitude pretty well sums things up.
Allen James Alstadt wrote on July 6, 2021 - 8:40pm Permalink
I own a 2006 Honda CR-V, often said to be the best year along with the 2005. I bought it at around 195k, it's now at around 235k, and no issues in sight. Just been doing basic maintenance. The biggest complaint with that year is the AC going out, but mines still going strong. Unless I wreck, I am confident I'll pass 300k no problem. Not a single leak, great acceleration, AWD.
William Boakai wrote on December 14, 2021 - 3:16pm Permalink
Honda dealerships services are notorious for adding on, when you go for one thing they will find a lot more to tell you needs to be done . Every time I go for oil change, they will find something that I need to be done. And the next dealership will find something else. I took my 2014 Honda accord for general maintenance to a dealership, they gave me a laundry list of things to fix and I let them fixed those things. A few days later I took the same car to another Honda dealership for a general inspection service, again I got a list of almost exact same things that were supposed to have been done at the previous dealership. Then I went to a dealership, it was like a script of the same thing. But worse of all, I have an old 2003 Honda cr-v that has a delay shifting transmission issue when driving around 35 miles per hour, but drives fine on the highway. I took it to the dealership to see if the transmission problem was worth fixing to keep the vehicle.They told me it only needed a knock sensor and transmission fluid change. Then they gave me a list of other things that needed to be done. But I told them that the transmission was requisite to any other repairs needed, that way I can decide on the other repairs later. They gave me estimates for all the repairs over $1500. They told me while the sensor was on order they could start working on the other problems. That in fact something important and immediate needed to be done to avoid road hazards. That was going to cost $125. After it was done, the total bill was $400, why? When it was all set and done I ended up with over $1100, out of pocket, then they told me the car was old anyway, that the transmission was running out of its useful life. In fact the vehicle was now running and sounding worse after their repairs, than before. I took it elsewhere for general inspection, the findings were that the dealership did not do what they said they did on the other repairs. The honda brand may be good quality, the service is notorious, something has to be done to change.