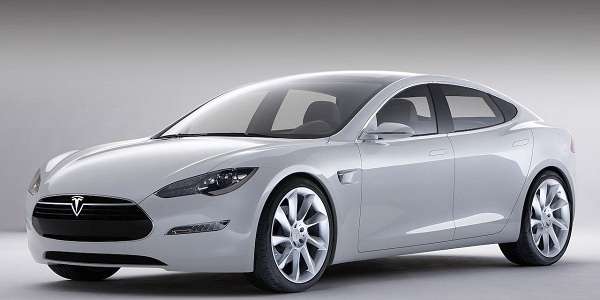 What Do Tesla Owners Tell to Potential Tesla Buyers: Regrets or No Regrets

You are considering to buy a Tesla Model S, Model 3 or Model X. Tesla has delivered around 75,000 Model S electric cars around the world. Would you like to know what these owners would like to say say to new potential Tesla buyers and if they have any regrets?
Advertisement

I am "considering buying a new Model S. Just joined the group so I'm a newbie with lots of questions. Does anyone regret the purchase?," asked one new member in Tesla Model S Owners Club two days ago. Here are few interesting and revealing replies on what current Tesla Model S owners think about their cars.

No Regrets of Buying Tesla

For me it's simple, writes Amar. "Test drive one. You will never look back, and you will never be able to drive anything else. I've owned 3 Tesla's at this point. Over 100k miles. Best. Car. Ever."

Some people wrote that once you test drive the Model S, you are ruined ruined for any other vehicle."If you are contemplating the purchase of a Model S do NOT go to your nearest Tesla showroom and say, "Could I drive one?" Your old car will suddenly transform into a noisy relic from the 19th century. You will start figuring out how to lay your hands on the money. You will end up like this," writes Graig, posting a picture with him and his Tesla Model S in a showroom.

"There is no way you'll ever regret it (so long as you can afford it! ). Had my S for 1.5 years and am planning to order my X next month," writes Jennifer.

Another group member, said she loves the car. She sold her Model S to one of her relatives and is buying Model X now. According to her, the relative said it is the most fun car shes ever driven.

To the question "how do you like your Model S?" another user, named Guy, wrote that his answer is always "I can't imagine buying from any other manufacturer ever again - best car I have ever owned."

"I love my S. 85. 7 months and just turned 10k miles. No regrets. I'll likely never buy an ice car again for myself. Trying to get my wife on board now," writes Thomas.

"Never purchased a new car before due general frugalness until my Tesla. After a couple years of hand wringing, went for it. Go for it, you will not regret it. Love it," wrote Tiffany.

Other Model S owners, priased the Tesla experience and the service. "Never in my life did I think I would buy a $100K car. My S85 is now two years old with 41K miles, and I've literally loved every minute of it. The Tesla experience is really amazing - car, service, etc." wrote Mike.

"I bought an 85D just over a year ago and don't regret it a bit. 25,000 miles for free and one problem, a puncture, which I repaired myself. I wrote a blog about my first long distance road trip in it, which some people thought was too long or whatever, but some people liked, and actual two people that I know of bought Teslas because of this," wrote another user named Gerry.

The group admin Alex wrote that he thinks Model S is the best car int he market. "Best car on the market by far. Shouldn't even be called a "car" it is so much different and better," he wrote.

Few Regrets and Why

One person regretted of buying a black color Model S. He said it's very difficult to keep it clean. I think this point is relevant to any cars, whether they are electric or gas powered ICE. Regarding Model S black color, few people suggested a full body PPF. "PPF and Cermaic Coatings can help, but you will always be fighting an uphill battle. Black is not forgiving especially Tesla paint. But when they are dialed in they look so incredible," wrote another group member Brian.

Two people wrote that their only regrets were about waiting too long. "I regret waiting so long," said Daniel.

"The only thing I wish were better is the AM/FM radio reception in my 2013 - but I love the internet radio," wrote an owner named Ira, who had also wrote positive things about his Tesla experience.

"Like any car there's good and bad but for me the good outweighs the bad hands down. I've never had a car with so many repairs in 20k miles but they always give loaner Tesla which they drop off and pick up so I haven't been too inconvenienced. It's hard to drive rental cars after. They feel so inadequate. I say go for it," wrote a user, named Justin.

"My only regret is selling my S to soon. Owned it 34 months put 94K miles on it had to go back to driving my Daytona Charger since mid April until my X cones in next week," wrote a user named Darrin.

What about you? How long have you owned a Tesla and how many miles have you driven it?