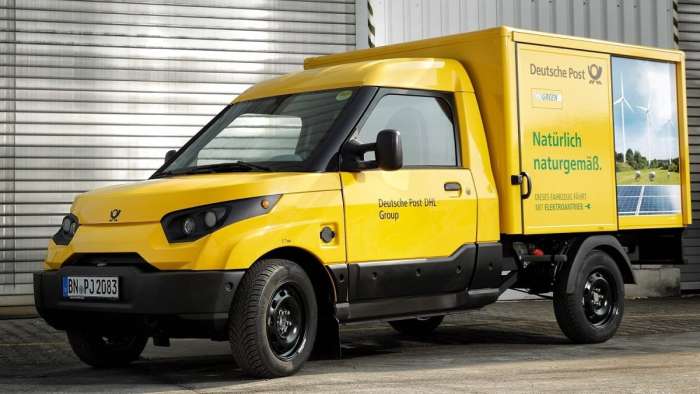 The E-Transporter Streetscooter van from Deutsche Post was considered a successful model, but now the group wants to get rid of its subsidiary. A member of the Green Party writes to Tesla CEO Elon Musk to buy the company.
Advertisement

Oliver Krischer tries to secure the survival of Streetscooter with unconventional means, writes Frank Dohmen in Spiegel. The member of the Bundestag for the Greens wrote personally to Tesla founder Elon Musk and asked him to buy the Aachen-based manufacturer of electric vans and to continue production under the leadership of Tesla.

The company, which was co-founded in 2010 by Aachen university professor Achim Kampker, is innovative, has a successful range of products and has sold more than 15,000 vehicles in Germany in a very short time, writes Krischer. Nevertheless, the current owner, Deutsche Post DHL, wants to sell the company - for irrelevant reasons.

Deutsche Post boss Frank Appel has been looking for a buyer for the company for two years now because he is afraid to develop the branch of business that Kampker and the former parcel director Jürgen Gerdes expanded under the umbrella of the logistics group and to invest money in the division, reports Spiegel.

Krischer wrote that he was sure that Streetscooter would do brilliantly under Tesla's leadership. There is little competition and the need for electric vans is enormous, especially in metropolises.

Do you think Tesla will use the Streetscooter as an opportunity to develop its own electric Tesla vans? We have seen Tesla vans in the images provided by The Boring Company in the Las Vegas hyperloop. This has given many people reasons to speculate that Tesla eventually will make its own electric vans.

Alex256 wrote on November 21, 2020 - 8:47pm Permalink
With the Cybertruck, the Semi, the new Roadster and the industrialization of the Model Y in Europe, the manufacturer's agenda is already full. To launch out on the utility would undoubtedly amount to dispersing too much. Above all, StreetScooter doesn't have much to contribute to Tesla. Today, the brand is only known in Germany and may have trouble coping with the offensives that the historic manufacturers are preparing to launch on the electric utility segment.