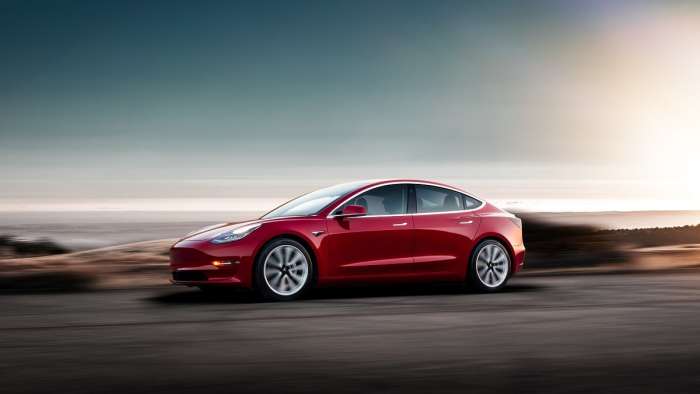 After Release in China, New Version of Tesla Model 3 Is Apparently Also Coming to Europe

After the US electric car maker Tesla recently released an improved and cheaper version of its Model 3 entry-level vehicle in China, the company also appears to be updating the European model with increased battery performance.
Advertisement

Here are some of the highlights of the new version of the Model 3 coming to Europe.

Just recently, Tesla in China released an updated version of its entry-level Model 3. The special edition produced in the Gigafactory in Shanghai is considerably cheaper than the previous model. The Model 3's price reduction in China is possible by installing cheaper batteries based on lithium iron phosphate (LFP), which are manufactured by CATL and have a greater range. In mid-October, the technology portal "futurezone.at" reported that a new version of the Model 3 could now also be ordered in Austria. In addition to some visual changes such as the replacement of chrome-plated exterior parts with black decorative elements and a less scratch-prone interior, Tesla has now also built doubled glass in the side windows so that outside noises are less audible.

The main advantage of the version known as the 2021 Model 3 is the improved performance, notes Finanzen.

According to that report, while the standard model can accelerate from 0 to 60 miles per hour in 5.6 seconds, the "Performance" version takes 3.3 seconds and the long-distance version 4.4 seconds. The standard version now covers around 430 kilometers on one battery charge, previously it was 409 kilometers. The "performance" and long-distance models are now designed for 567 and 580 kilometers, which is also an increase. Per Torque News earlier report, "Tesla Giga Shanghai’s Performance Model 3 might be a force to reckon with since it received an impressive NEDC range of 635km (394 miles). Take note that the battery pack in Tesla’s MIC Model 3 Performance presumably still runs on a 75kWh battery pack. In comparison, Tesla Fremont Factory’s Model 3 Performance received an EPA range of 299 miles (481 km)."

While the cheapest model previously cost 47,500 euros and is now available for 46,100 euros, the other two models are available for 55,500 and 61,290 euros - and therefore cheaper than before the upgrade.

Now the new version seems to be coming to Germany. German Tesla customers should receive the vehicle documents before their new electric car is delivered so that they can register easily.

A customer active in the Tesla forum "tff-forum.de" with the user name "HolgerS" shared an excerpt from the vehicle registration document of his ordered Model 3 there, which will probably be delivered soon, writes Finanzen. The document shows a battery capacity of 82 kilowatt hours. However, the previous version of the long-haul model, which has been delivered since 2019, only has a battery capacity of 79 kilowatt hours, as reported by "futurezone.at".

A few days ago, an active customer with the user name "HolgerS" shared an excerpt from the vehicle registration document for his ordered Model 3, which will probably be delivered soon. The document shows a battery capacity of 82 kilowatt hours. However, the previous version of the long-haul model, which has been delivered since 2019, only has a battery capacity of 79 kilowatt hours, as reported by "futurezone.at."

According to "Teslarati", the improvements in battery performance are related to the fact that the Gigafactory in Nevada will soon have significantly improved batteries from Tesla's battery partner Panasonic. Carl Walton, Vice President of Manufacturing for Panasonic North America, announced that the company will manufacture next generation batteries at the facility. The new batteries are said to have an energy density that is around five percent higher. In the long term, however, the company is aiming for an increase of 20 percent. In addition, Panasonic is currently working on a battery cell in Tesla's own 4680 format, as the company's CFO Hirokazu Umeda explained in October. "We have a lot of know-how for this battery. We started working on it immediately after Tesla's Battery Day and are also preparing a prototype production line in parallel," said Umeda.