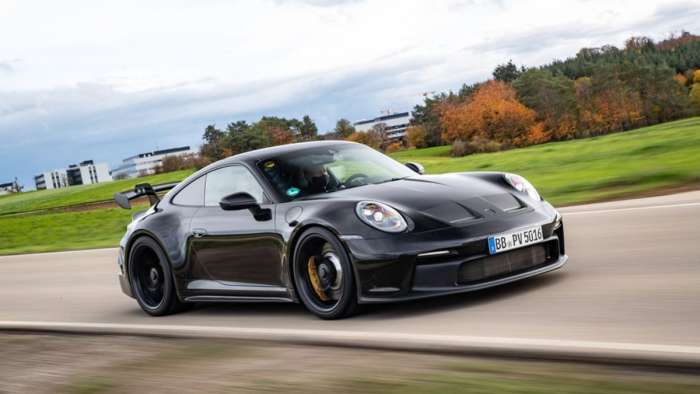 The 4.0L flat-six, the 6-speed manual, and the big wing return to the Porsche GT3 nameplate in 2022 once again.
Advertisement

What exactly makes a Porsche GT3? If you were wondering, the supernatural essence of what “Porsche GT3” means in itself, would be this 2022 car. More of everything seems to be the mantra for Porsche’s GT division, especially in recent years after the 992 911 came out.

On the GT3, every little detail on the car is touched, slightly reengineered, and made just a tad bit better. That is what we take away from the initial launch of this oh-so anticipated automobile. 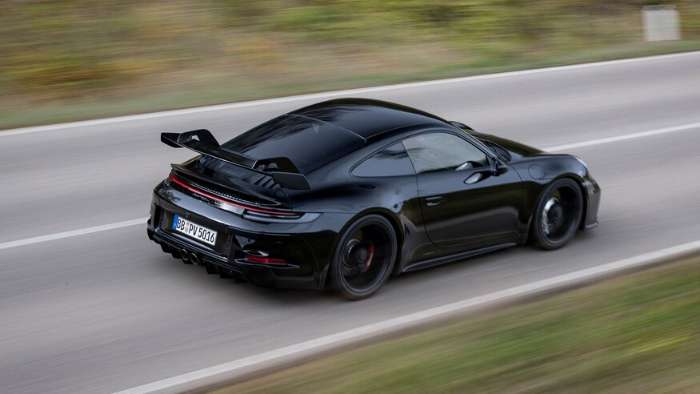 The first thing you notice, of course, is the wing. It may seem like a cheap point to single out the wing and relish in its gigantic glory. But make no mistake, this piece of the GT3’s aero package is nothing but a bullet in the Porsche’s belt. Purely functional.

In fact, the new 2022 GT3 is more racecar than ever before. Remember the 911 RSR that just won at Sebring? That car shared a lot of wisdom with the new GT3, specifically in the form of suspension. The GT3 features an entirely new front end geometry with multi-link suspension components that come straight out of the RSR racecar. 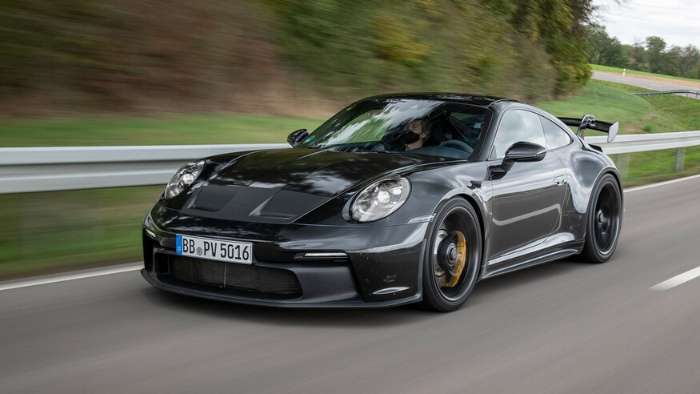 Notice how the front bumper is more rounded and shapely than precious 992 cars. It looks quite similar to the RSR due to that new suspension. The front bumper also loses the air scoops that used to hide right underneath. Now, those scoops are on the hood and channel hot air from the radiators.

As we look to the rear end, the new swan-neck-erected wing commands your attention. It’s nothing like we’ve ever seen. The horizontal piece of the wing actually hangs below the struts it’s secured to, appearing to mimic the ducktail piece that extends off the rear lid of the body. 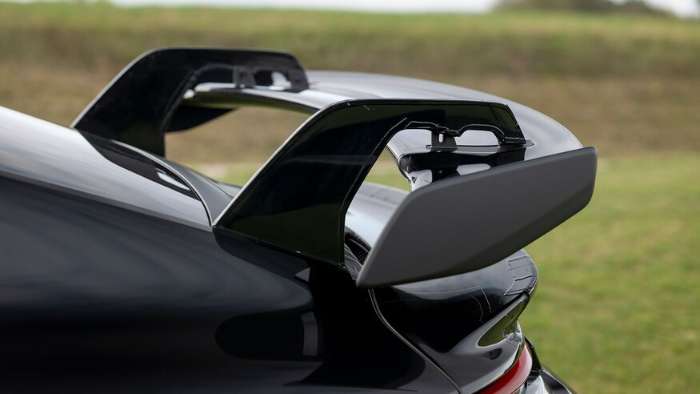 Underneath the lid is the same naturally aspirated 4.0L falt-six that we all adore to the core. You, the customer, will get to choose between a 6-speed manual transmission or a 7-speed PDK dual-clutch to be mated to the engine. The powertrain has been tinkered with though. Porsche says the engine’s computer (engine management system) has been reprogrammed, along with changes to the intake and exhaust.

The interior of the GT3 is mostly identical to a lesser-equipped 992 with the exception of a center-console shifter that you get with your PDK car. It used to be a tiny switch that you selected drive and reverse with. Now, it is a full size, hand-on-lever shifter. If you get a manual GT3, the lever is a classic H-pattern shifter of course.

A Michelin Pilot Sport Cup 2 tire is the seemingly obvious choice for this car. As it was with the previous GT3, a set of Cup 2s comes with the car, but they are slightly bigger to account for the 992’s 21-inch spinners.

With any new GT division car from Porsche, everyone scrambles to predict what lap record it will break, how fast it will get to 60 mph, and how big the wing will be. For the lap records, at least, we’ll have to wait for the RS. But numbers are just numbers. A GT3 with a manual transmission doesn’t need to qualify itself at any track or in any objective test, it simply drives better than any other car. We suspect this one will too.