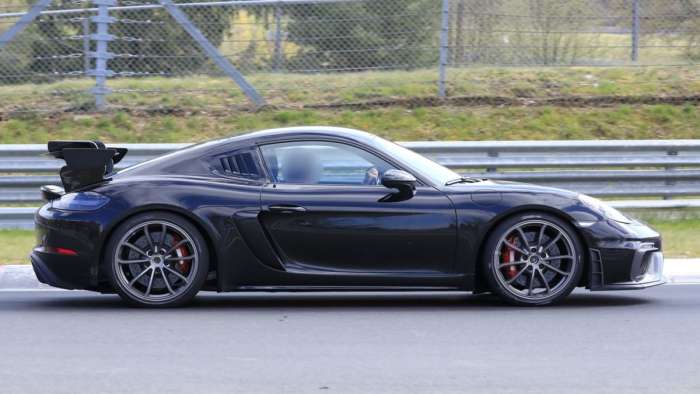 Porsche Is Working On A New Cayman: The GT4 RS

We all loved the Cayman GT4, but now it gets an RS badge. What can we expect?
Advertisement

The Porsche Cayman has always been a popular option for car enthusiasts but it never quite matched the performance and overall feel of the 911. That is, up until 2016 when the first generation Cayman GT4 was released. It not only surpassed the base 911s performance but provided sensations that couldn’t be found in higher priced Porsches. Now, the ball continues to roll over in Stuttgart with new information surfacing about Porsche’s even more GT-like GT4.

Porsche forums and discussions everywhere are riddled with the expected high-quality pictures of 993 and G-series cars, but other than the 911s, the car that has the most online chit-chat, is the Cayman. Enthusiasts are just as excited for new Caymans as they are for new GT 911s, which is why we’ve been looking into why people love the Cayman so much, and what the latest is on the newest and raciest Cayman ever.

What We Know About The Cayman GT4 RS

The GT4 RS name itself is already a glasses-cleaner. We have never seen an RS badge on a Cayman before and it’s taking some getting used to. RS has always meant “the best of the best” when it finds its way on the back of a Porsche, which leads us to believe that this Cayman will have some serious performance capabilities.

Similar to the current 911 GT3 RS story, the GT4 RS has been spotted running around the Nurburgring in an eye-catching outfit. The headline is unquestionably the wing. It towers over the rear end of the car and comes almost outside the width of the body. Other visible changes include larger side vents behind the doors, larger trapezoidal intakes up front, and two smaller hood vents that weren’t on the 2020 GT4.

It also has a very subtle, and maybe unintentional, homage to Porsche’s reimagined 935 racecar they built a few years ago; two small LED strips underlining the headlights that operate as track running lights. These LEDs were on the 2020 cayman but aren’t nearly as accentuated as they are on the currently available photos.

We fully expect the GT4 RS to have the same 4.0-liter flat-six that comes in the lower trim variants, but it could very well see a bump in power to justify its track potential. Speculation says it could receive anywhere from 30-90 more horsepower, of which the latter would put it over the 500 hp mark, turning the existing “track-focused” sports car into a full-on track weapon.

Pricing remains a mystery, but Porsche has always made it a point to price the Caymans much lower than the 911 to keep it in the entry-level sports car range. This means we can expect this premium Cayman to cost no more and a tick over $100,000. We hope that they keep the manual precedent that they’ve set previously in the GT4, but Porsche likes to use their wonderful PDK dual-clutch in the GT cars so we’ll just have to wait and see. It is expected to see the open market in possibly 2021, but will most likely be a 2022 model. 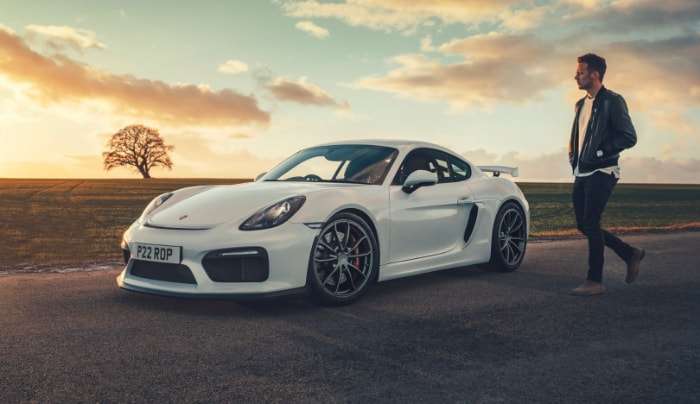 The Legacy Of The Cayman

Why do people love the Cayman so much? Well, you could point out a few things right off the bat including its price, its sexy design, and its mid-engined layout. These are all valid reasons to love the Cayman and we agree with those sentiments, but we believe there is something deeper happening.

It is because the Cayman is fresh. It only first came out 15 years ago after Porsche enthusiasts were stuck with the 911 for 60 years. The change of sensations and shift in presentation is why it drew so many people to the Cayman in ‘05-’06 and the Boxster back in the ‘90s. For all these tired Porsche enthusiasts, it has been so refreshing to see Porsche not only make the Cayman into a wonderful driving machine but also develop it with the same vigor that they have for the 911.

They took it down the line of Porsche’s trim levels and made each one unique, just like the 911, but now they have an RS to look forward to, and we can’t wait.