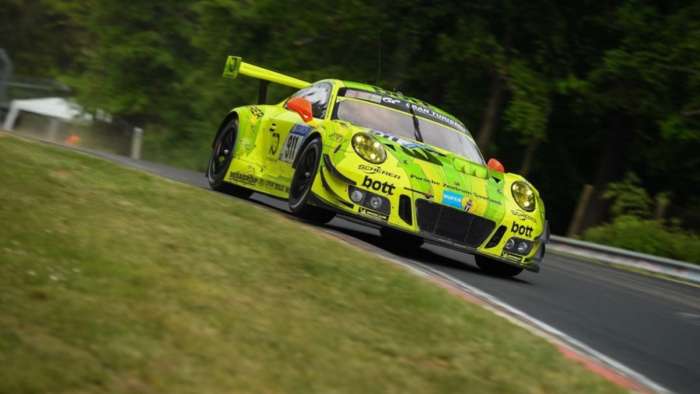 Porsche's Some of The Most Exciting Recent Revelations

Porsche has been up to a lot in the past months, here are some of the most exciting revelations.
Advertisement

We haven’t reported on Porsche since the last blue moon, but that doesn’t mean they haven’t been worthy of news. Porsche, as most know, has been a leader in innovation, performance, and quality for decades and especially in the last few years. And now, with all that time Porsche has been spent quarantined in their HQ, they’ve come forth with important business moves that not only continue their performance success but grow their passenger car outreach as well.

The Porsche Taycan blew the minds of EV enthusiasts and journalists with its savage power, a surprising amount of class, and a better-than-estimated range when it first held the Taycan name at the 2019 Frankfurt Autoshow. Now, after a year and a half of the Taycan sedan being up for sale in it’s 3 trim levels, Porsche has opted to broaden their flagship EV’s horizons with an all-new Taycan wagon.

Officially, it is being called the Porsche Taycan Cross Turismo, it is set to have slightly updated batteries relative to the current Taycan sedan and of course, a hot new wagon body style. Pricing hasn’t been finalized but the exterior and mechanical design are said to be 95% finalized and ready to go. This means that within the next few months, Porsche may change small things like computer programming or infotainment, but other than that what you see on the spy photos is likely what will come off the production line come next year.

The EV war has been waged in nearly every major automotive-producing country and that demand fuels the top innovators to squeeze more and more out of their models. Considering Porsche is certainly a “top innovator”, their demand is growing rapidly. The Cayenne (and Macan) is one of the sole saviors of the brand itself, leading in sales every year for Porsche and providing their performance branch (Porsche GT) with the dough to design some of the best driving machines in the world.

The new Cayenne E-Hybrid models are now seeing some of that ever-growing EV attention, and Porsche is going to up to anti on its battery capabilities. While Porsche hasn’t released full plans for an all-electric version, they are replacing the current Cayenne E-Hybrid’s 14.1 kWh batteries with new 17.9 kWh units which will most-likely increase range and Porsche has claimed that they will have 80% charge targets rather than 100% because the old full-charge targets caused the batteries to charge slower and less efficiently. They are not expected to receive a power increase but these changes will allow owners to use the existing power for longer and more often.

Unquestionably the most anticipated variants for any new 911 generation are the GT cars (GT3, GT3 RS, GT2 RS). No different, are this generations superhero 911s and the 2022 GT3 RS is already ahead of schedule. Porsche has long dominated the race track in both cup car racing and prototype racing, but when you can virtually buy a cup car for the street, the hype builds up. Porsche has been seen testing a much more aggressive-looking GT3 RS in recent weeks and has raised a lot of questions as to what we can expect for a car who’s previous generation variant was an instant icon for German performance. (991 GT3 RS)

So, what can we expect then? Well, spy shots from the track day indicate some serious-looking hood vents, fender vents, side skirts, and a beautifully intimidating rear wing that wasn’t on previous GT3s. As for tires, the Porsche was wearing the gold standard, Michelin Pilot Sport Cup 2s accompanied by gargantuan carbon-ceramic brake rotors to help the rubber stop on a dime.

As we mentioned earlier, Porsche loves to race, which is why it is also in the process of developing the GT3 R racecar for competition. Considering testing, development, and tuning for the road car and racecar are happening at the same time, we suspect that it is likely the two will share parts and similar developmental priorities.

These are just a few of the things Porsche has been up to in the past months and they aren’t stopping. They have several other exciting things coming to fruition in their factories like the new 718 Boxster, E-Hybrid Panamera Sport Turismo, GTS 4.0 Cayman, and a new GT3 Touring. Stay tuned for news about all this and much more.