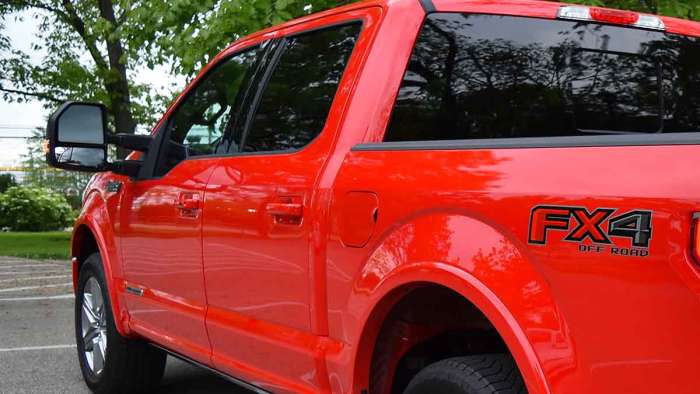 Who Exactly Is Eligible for The Ford F-150 Class-Action $400 Settlement?

I wrote recently about the Ford F-150 class-action lawsuit over frozen door locks that just recently reached a multi-million dollar settlement. And what was agreed upon in Kommer v. Ford Motor Company means that Ford F-150 and other Ford truck owners could be eligible for $400.

However, on several truck forums and on Reddit, many owners who have dealt with the frozen door lock issue have posted frustrations more than anything. The fact that owners have had their trucks in for repair, under the technical safety bulletin (TSB), but still have trucks that aren’t working properly is adding to the frustration.

Some owners have noted, as laid out in the settlement, that since they’ve not had to pay any money out of their own pocket, that they likely aren’t eligible for the $400 as established in the lawsuit settlement. When I reached out to Ford for further explanation, they said: "We typically do not comment on pending litigation but we look forward to supporting the settlement once approved by the court."

What Is Entailed In The Repair for Ford’s Frozen Door Lock Issue?
According to a Ford OEM repair website used by certified Ford repair dealers, the issue pertains to water entering the doors in cold temperatures that can cause door latching components to freeze.

The same site went on to note: “If an affected vehicle has exhibited a frozen latch, dealers are to install additional sealing to the front doors and crew cab rear doors, lubricate certain door latch, door handle and cable components, clean the door drain holes, inject windshield wash concentrate or a methyl hydrate (methanol) product into the exterior door handle cables and install a wiper clip on the exterior door handle cable ends. This service must be performed at no charge to the vehicle owner.”

I asked an ASE Certified mechanic what was entailed in the repair and he replied that it appeared to be just over two flat rate hours which makes it a fairly complex repair.

What Repairs Are Done As Part Of The Ford F-150 Class-Action $400 Settlement?

As mentioned it’s up to two billable hours of repairs for all affected vehicles in this TSB. But some dealers are reporting needing extra time for obtaining the proper door latch sealing kit. As part of the TSB, no vehicle rentals are allowed to customers. So this is part of the frustration felt by those customers affected.

Plus several customers mentioned on forums that they’ve had their trucks in multiple times without the proper resolution. As part of the settlement, these customers could be eligible for the additional $10 for lack of satisfaction. But is $10 really worth anyone’s time to file a claim for it?

What vehicles are eligible as part of the Ford F-150 class-action settlement?
One Reddit user questioned whether his Ford Explorer was eligible too. I informed him it was not part of this lawsuit. That user reported similar issues with frozen door locks though on his mid 2000s Explorer. 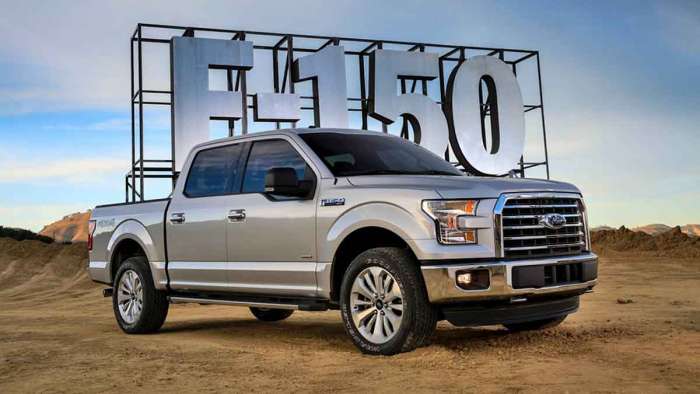 Is The F-150 Realy “Built Ford Tough?
While I basically think this entire lawsuit, and agreed upon settlement is overly litigious and frivolous, one aspect of Kommer v. Ford Motor Company that got kicked by the judge was the plaintiff’s claim that the Ford “Built Ford Tough” slogan was misleading. The judge, who presided over the case kicked that part of the lawsuit and also disallowed adding other plaintiffs from other states into the lawsuit.

Ford has made their mark with that excellent slogan. And sure, through the years they’ve had their fair share of recalls, but as recently noted by J.D. Power, the F-150 is a reliable truck and still deserves the moniker of “Built Ford Tough.”

I’m an advocate for truck consumers. And I’m an advocate of Ford doing what’s right as it relates to this frozen door lock issue. I believe they are accommodating as much possible, even before the Kommer v. Ford Motor Company settlement came down. Now with that settlement in place it’s time for Ford to make sure all of the affected consumers are placated.

What say you? Have you dealt with the issue? Have you been satisfied with the response from the dealer in making the appropriate repair with as little inconveinece as possible? Leave a comment and let me know.

Scott wrote on March 16, 2020 - 6:21pm Permalink
I for one won't be bothered for a lousy $10. I also don't believe that Ford did as much as possible on this. It has lingered on for YEARS, multiple attempted fixes done, none that worked. I sold my F-150 (and took a financial hit doing so, certainly more than $10), as I did not feel the vehicle was safe. Having doors that sometimes don't open or close seems to me is a big safety issue, but I guess until someone gets seriously injured or killed as a result of this flaw, there won't be a serious look at it.
Jimmy Dinsmore wrote on March 17, 2020 - 8:13am Permalink
Scott, you're right. It is not just an inconvenience but a legit safety issue.
JB wrote on March 17, 2020 - 11:20am Permalink
I wouldn't touch a Ford with a ten foot pole, they are leaking oil from their plastic oil pans, burning oil from their over bored cylinders and they try to tell you that a different dipstick (and overfilling them with oil or an ecm flash will fix the problem. Sure it will. The death wobble.Freezing doors, and a number of other issues. No thanks.
Joseph Renner wrote on March 18, 2020 - 5:17am Permalink
I believe your talking about a Chevy. Biggest piles of junk I have ever seen
paul urbani wrote on October 8, 2020 - 10:41am Permalink
ive owned fords since i was 16 years old have not had any problems never had leaks or oil burning you need to do normal maint and maybe you wouldnt have problems / also was an ase mechanic for thirty years seen a lot more problems with other brands.
Mike Dickinson wrote on March 18, 2020 - 6:49am Permalink
I'm for ford all the way. Never driven any thing else my dad my brother's but since 04 ford has gone down hill Lock's are nothing compared to what all of us 04 to 10 are dealing with. The biggest pain in the ass Cam phasers that's were ford should stand up to ford tough not only the phasers but so many other issues.to many to list
paul urbani wrote on October 8, 2020 - 10:34am Permalink
had mine fixed and have not had a problem since would never sell my truck over this / have heard of much worse recalls than this one
Robert Carroll wrote on March 16, 2020 - 10:05pm Permalink
I took my 2016 F150 in after receiving Safety Recall 17S33 in November 2017for frozen door latch. It did not work & my door still freeze up. I have not been able to take it back to dealer yet. I have a letter from Ford saying I have till October 31, 2028.
paul medvetz wrote on March 17, 2021 - 1:32pm Permalink
I had my 2016 F150 serviced for the latch problem in 2019 now I have a rattle in the driver side door I called them about getting it repaired for free and they deny ever having serviced it, They never kept any records and come to think about it they never gave me any paper work when I left the dealership, I also called Ford Motor Co and the also deny of my truck having any such problem there is some kind of conspiracy going on, I believe its because of the class-action settlement.
Jimmy Dinsmore wrote on March 17, 2020 - 8:13am Permalink
Stay on it! Thanks for the update.
Jimmy Rocha wrote on March 18, 2020 - 11:04am Permalink
Wow!! I own a 2000 Ford F-150 and I LOVE LOVE my truck! I figured it's 21 years old and it should be giving me these kind of problems. The "shakes", the leaks, the doors freezing, etc.. just to hear even the newer models having the same issues. I will be purchasing a new vehicle within the next 4-6 months and it will 100% DEFINITELY NOT BE A FORD even though I personally feel no there truck has a better look.
Ron wrote on August 31, 2020 - 2:02pm Permalink
I have a 2016 F150 that this has happened to numerous times. It appears that the dealer fix is more of a shim than a fix from what I've heard. I've "fixed" it by spraying various lubricants into the locks. I think I'd prefer the $400 at this point rather than scheduling and taking it in for a fix that isn't effective. How do we sign up for the payout?
Roosevelt council wrote on September 10, 2020 - 8:39pm Permalink
my door on my 2017 ford f150 have up a few times.
carol mcdonald wrote on August 11, 2021 - 2:29pm Permalink
i have a 2018 f150 that was manufactured at the Kansas City facility. I experienced the door locking issue in the NC winter, and then several times over the last couple of warmer months. i brought it into fort Mill Ford, in SC. They kept my truck for 2 days, said it was a recall issue, and had to order a part, so to bring it back in in 2 wks. i did so yesterday- 8/10/21, and they called me today, 8/11/21, to say it was ready for pick up,HOWEVER, they did not install a new part. So they have had my truck for a total of 3 days.../and they did NOT fix it, claiming they have to verify the locking problem. are you kidding?? I ended up speaking to the service mgr and getting really angry with him... He stated it is a COLD weather issue and we could not replicate this happening with your truck. I got angrier, asked to talk to the owner of Ft. Mill Ford... lots of arguing back and forth and now he is going to replace the latch WITH THE ACTUATOR. This is absolutely ridiculous....that it took all of this time to finally get it fixed.