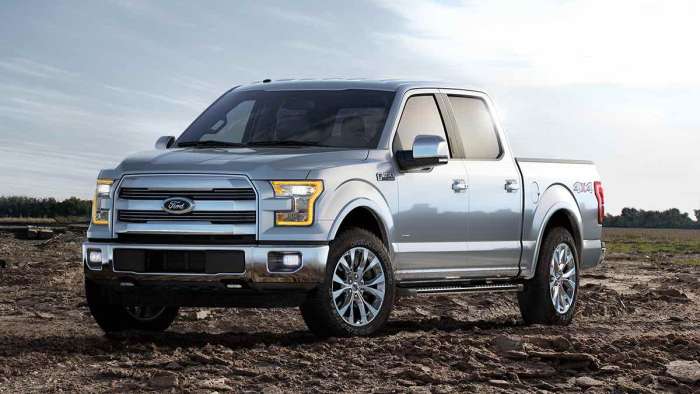 The 13th generation Ford F-150 which is the current generation, was one of the most transformative models Ford has produced. With a switch to aluminum, Ford forever changed the pickup truck proving that 13 might be Ford’s lucky number.
Advertisement

On this Friday the 13th, it seems apropos to dive into the number 13 as it relates to America’s best-selling vehicle, the Ford F-150. Ironically, to date, there have been 13 generations of F-series pickup trucks as the F-150 is at the tail end of its 13th generation.

Ford is preparing to launch the 14th generation F-150 next model year, as we’ve reported on. We are anxiously awaiting the new-look F-150 and also look toward the introduction of a hybrid F-150 and of course an all-electric F-150 too.

With that said, let’s look at the highlights of the 13th generation Ford F-150.

13th Generation Ford F-150 (2015-Present)
The biggest news of the 13th generation F-150 was the reduction of weight of nearly 750 pounds by switching to military-grade aluminum. This was a risky move by Ford, that was originally met with skepticism. But in the end, it paid off as there were really few issues with durability or performance.

Even more controversial was the introduction of the 2.7-liter Ecoboost V6 engine. Ford only offered one V8 engine for the F-150 and discontinued the 6.2-liter V8. Old-school truck consumers groused and objected, but in the end, both the aluminum and the Ecoboost changed the scope and future of the F-150. 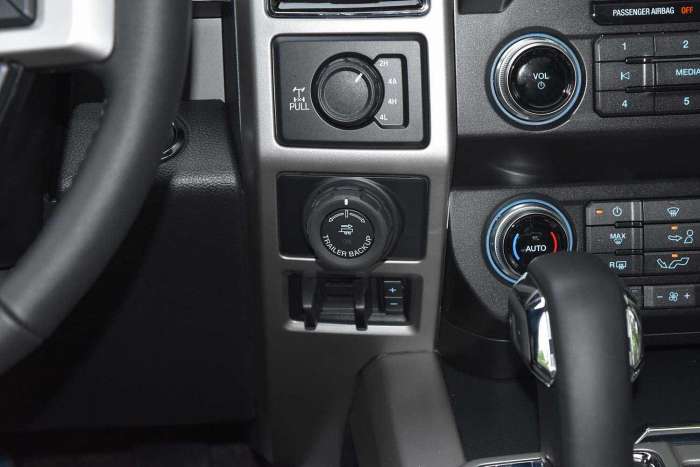 2016 Ford F-150
Nothing changed stylistically for the 2016 F-150, but Ford did introduce the Sync 3 infotainment system into the F-Series. I wrote about how the improvements of Sync 3 helped increase their overall reliability rankings from J.D. Power. Also, Ford will be launching the Sync 4 system into the next generation F-150, as I reported on yesterday.
Ford touted a new trailering system for the 2016 Ford F-150 with the introduction of the Pro Trailer Backup Assist system. Many die-hard truck consumers felt it unnecessary, but this featured helped lure in some of the younger buyers who might not have had as much towing experience.

2017 Ford F-150
The biggest news for the 2017 F-150 was the introduction of the 10-speed automatic transmission. This helped improved fuel economy. And although there was some initial issues regarding this transmission, the actual mechanical issues were few. The complaints were more about adjusting to the multiple gears and the personality of the shifting of this new, more fuel-efficient tranny.

Also, Ford brought back the performance-oriented Raptor for 2017. I recently wrote about my love the 2017 Ford Raptor as one of my all-time favorite trucks. The Raptor shocked people by discarding a V8 engine and showcasing the 3.5-liter twin turbo Ecoboost V6 that cranked out 450 horsepower and 510 lb.-ft. of torque. The addition of Fox Racing suspension and all-terrain 35-inch tires made the Raptor and off-road beast!

2018 Ford F-150
Trying to remain relevant and with competition from both Ram and General Motors, Ford tweaked the 2018 F-150 with a slightly new grille and new updated LED head lamps. They also slightly modified the tailgate too and introduced a new 3.3-liter V6 engine too along with the second generation 2.7-liter Ecoboost.

2019 Ford F-150
The only significant change was to the number of engines now offered for the F-150 which included six variants including a new 3.0-liter turbocharged V6 diesel. The horsepower was puny, but the torque was ideal for towing. Again it received a lot of push back from the old-time truck buyers, but in the end it proved to be quite popular.

2020 Ford F-150
As the last truck of this generation, Ford didn’t change much. The 10-speed automatic transmission was available for all engines and trims, for the first time. They also diversified the six engines over more trims. Essentially Ford has turned this model year into an ala carte type of truck where you can pick the engine and trim you want.

13 seems to be Ford’s lucky number when it comes to their best-selling vehicle. Ford has been bold and aggressive with the F-Series. That’s admirable since the safe approach is to stay the course since the truck sells so well. Rather, for this generation and the upcoming one, Ford has turned the truck world on its head with revolutionary and almost blasphemous ideas of aluminum trucks, with V6 engines. And the 14th generation will go even further with hybrid technology and completely electric pickup trucks.

James Barron wrote on March 15, 2020 - 6:37pm Permalink
I've been having trouble with my door lock's on my 2016 F150, every since I bought it brand new. Every Winter the door lock's freeze. I've had it into Henderson Ford dealership in Webster NY,at least 3 times for freezing up. They replaced some latches, but nothing has changed. Please help me.
Jason Dodge wrote on March 16, 2020 - 7:15am Permalink
2018 F-150. Doors would lock in winter after car wash. Dealership said they put some kind of fix to it. Do I still qualify for anything?