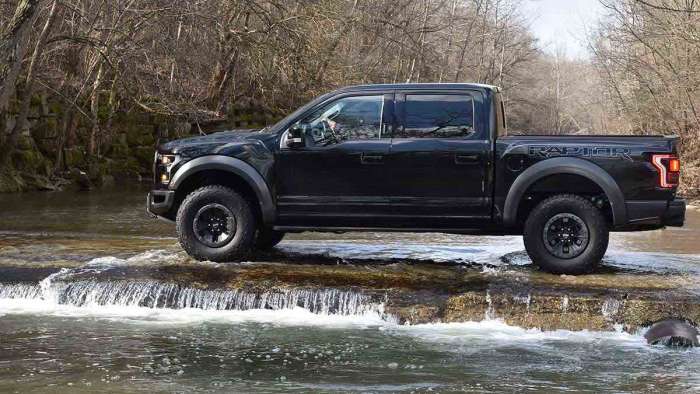 2017 Ford Raptor: One Of The Best Trucks Ford Has Made

Second generation of Ford’s performance and off-road Raptor F-150 improved and might be the best truck Ford has manufactured. Raptor is a high-performance, off-road beast.
Advertisement

Take a small step back in time with me. The year is 2017, and Ford Motor Company has just re-launched their Raptor trim for the top-selling (every year) F-150. The Raptor had taken a three-year hiatus with the first-generation Raptor running 2010-2014. Ford reintroduced the Raptor trim to the F-150 for the 2017 model year.

2017 Ford F-150 Raptor Specs
The Raptor F-150 has its own special look, certainly differentiating itself from the standard F-150. The aggressive posture really gives the Raptor distinction. Don’t get me wrong, the F-150 is handsome, but the Raptor has a special look that stands out. The F-150 Raptor has a military grade aluminum body that allowed it to drop 500 pounds, for increased performance. Bold Ford lettering is emblazoned on the grille and the tail gate. The Raptor’s outward appearance is indeed aggressive but other special features show that it’s also off-road ready with front fender extractors, front skid plates, blacked out headlamps and specialized front and rear bumpers that are specific for the Raptor trim.

For 2017, the Raptor sees gains aerodynamics too. The 2017 Ford Raptor has six extra inches of track width and two inches more of ground clearance from the first-generation Raptor. Additionally, the Raptor has a 5 percent improvement in aerodynamics when compared to the previous generation model, thanks to improved body styling, upper and lower active grille shutters, optimized exterior component geometry (running boards, tow hooks covers, skid plates), functional hood and fender vents and under body shielding.

Ford dropped their turbocharged 3.5-liter V6 Ecoboost engine in the 2017 Raptor. The previous generation had a V8 engine that had a horsepower range of 310 hp to 411 hp. The 2017 Raptor, with the smaller V6 engine that made 76 more ft.-lb. of torque (compared to the previous generation) and 39 more horsepower. As such, the 2017 Raptor F-150 had an output of 450 hp and 510 ft.-lb. of torque. And thanks to the Ecoboost engine it actually saw a significant gain in fuel economy too, although really when you’re driving a Raptor you don’t really care about fuel economy. 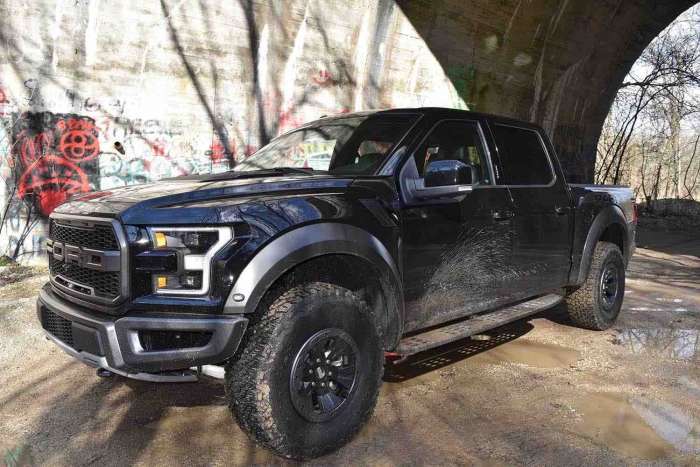 The 10-speed automatic transmission was a huge improvement for the Raptor too, which also aided in the 23 percent gain in fuel economy.

How Capable Is The Ford Raptor Off Road?
The thing I love most about the Raptor is that it’s a rare mix of being blazing fast on concrete, as a high-performance vehicle, but it’s equally comfortable off the road. I took the 2017 Raptor through a creek bed and was blown away with all it could do. During that trip a companion was with me and had his Tundra with me and the Raptor outperformed the Tundra TRD by a lot. Traversing through uneven paths and over rocky and muddy terrain, the Raptor was incredibly confident.

So there you have it. The 2017 Raptor is my all-time favorite truck I’ve driven. As an automotive writer, I get about 60 new vehicles to review and write about each year. Most aren’t that memorable. I was recently interviewed about my writing gig with Torque News and as a automotive journalist. That video can be watched below. But in that video, I proclaim the 2017 Ford F-150 Raptor as one of the most memorable vehicles and the most memorable truck I’ve driven. It’s that good. My Torque News colleague Marc Stern recently wrote about Shelby-tuned Raptor that sounds amazing. Read that story here.

What say you? Do you agree? What’s your favorite Raptor? Or maybe you like the old-school SVT Lightning (another fine truck)? Leave your comment and feedback about the Raptor below.