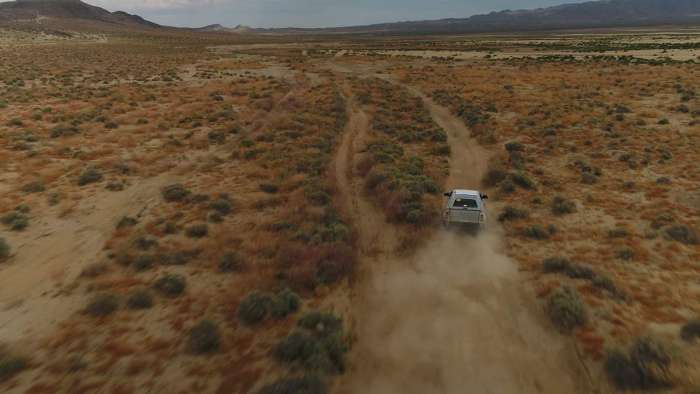 2021 Ford Bronco, which will be revealed next month, will have a twin-turbo 2.7-liter Ecoboost engine along with a 10-speed transmission. Bronco, and Bronco Sport, to be unveiled to the public this spring.
Advertisement

We already know that two new Ford Broncos are coming. Heck, we’ve known this for years, leading to one of the biggest build up and releases in Ford’s recent history. Many of us are getting weary of waiting. For sure the Bronco is one of the most-anticipated vehicles in the last 10 years, if not more. Bringing back such an iconic vehicle from Ford’s past is a big part of Ford’s future. And the Bronco will need to be a success, too. There’s a lot of pressure riding on this all-terrain SUV.

What engine will the 2021 Ford Bronco Have?
I can now confirm, from sources at Ford, and thanks to The Ford Authority (TFA) that the Bronco will receive the twin-turbo 2.7-liter Ecoboost V6 engine. This is the same engine found in the F-150, the Lincoln Nautilus and the new Ford Edge ST. I’ve driven both the F-150 and the Edge ST with this engine and I can say the power and performance are incredible. We don’t know what the Bronco will weigh, but it’s likely to weigh less than the F-150, but probably more than the Edge.

The performance of the Edge ST is impressive. It’s sporty, fun and quick off the line. Last summer I got to drive the Edge ST around Park City, Utah as part of the ST Driving Experience. So, if the Bronco is anything like that, it should check off a major box for most enthusiasts.

Additionally, we know the Bronco and the two-door Bronco Sport will have the 10-speed automatic transmission. This is a fantastic transmission that is modern and has little to no turbo lag, or at least from my experience with this transmission.

When will the 2021 Ford Bronco Be Revealed?
Ford has told us that we can expect the 2021 Ford Bronco to be revealed next month. This four-door version will be the first to be unveiled. However, a source at Ford told me that there is no reveal scheduled in March and that the reveal might be online only. If that’s the case, that will be a PR failure on Ford’s part, in my opinion.

Journalists are buzzing over this vehicle and having a full-fledged, pull-the-sheet reveal is fitting for such an anticipated and iconic vehicle. At the New York Auto Show, the two-door Bronco Sport will be revealed. It leads me to speculate if the Bronco Sport is the one Ford thinks will sell better than the bigger four-door Bronco.

The Bronco is based on the T6 platform, the same used for the Ford Ranger. It’s widely speculated that in addition to a four-door and two-door version that a pickup truck variant will also be produced, although nothing has been announced regarding. Ford seems to be aiming at the Jeep Wrangler as the main competitor and with the success of the Jeep Gladiator, a pickup Bronco (perhaps Maverick?) would make a lot of sense. My colleague Marc Stern made his own, logical speculation regarding that in this article.

It's too bad the Detroit Auto Show got moved out of January. The Bronco would’ve been the best reveal there in years (since the C7 Corvette probably). Instead, Ford seems to be sitting idly by and missing out on a chance to go big with the Bronco reveal. The Bronco deserves pomp and publicity, not some online-only reveal. Pull the sheet, flash the cameras, roll the historic B-roll footage. Follow what Elon Musk did for the gawdy Cyber truck. Go big or go home Ford! The stakes are high and the anticipation is even higher.

Also, read my next story where I am discussing one of the most popular Ford Mustang events, called Ponies in The Smokies, which is a must go for a Mustang owner.