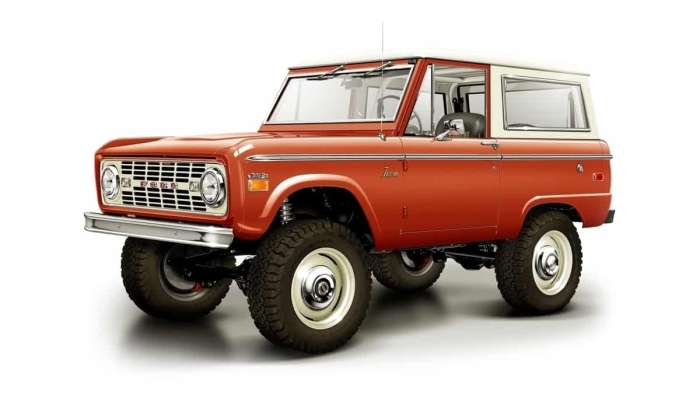 It is always frustrating when you are dealing with an industry that likes to keep things close to their vests, while their customers want all of the info as quickly as possible. This is the situation today with the rebooting of 2020 Ford Bronco. On the one hand you have car spies who want to get the information out about the changes of 2020 Ford Bronco as quickly as possible. Then, there's the other side of the coin which hopes to keep things behind the curtains until they are ready.
Advertisement

Have you ever wondered how sites like Torque News and others find out secret-spy info to bring you the latest information about vehicles like Ford’s upcoming Bronco? Well, it’s not revealing any top-secret intelligence weapon if we let you know that we logged onto a Canadian retail site that provided more than enough information about the base engine that will be in the revitalized SUV.

The Bronco’s Standard Powerplant is 140-cubic-inches

As we went through page after page of information about the parts available on the site, we suddenly found the Bronco and its powerplant mentioned. The site listed the engine as a 4-140 or four-cylinder, 140-cubic-inch class engine. Now, putting three and three together, we found the engine for the upcoming SUV would be the same as that used in the Ford Ranger, midsized pickup. It’s quite a potent powerplant offering 270 horsepower and 310 pounds-feet of torque. It’s quite likely that the new model will also use the same 10-speed automatic tranny, as well. New Bronco May Use Larger V-6.

Now, you have to understand that our secret-spy equipment was little more than a retail website, but what it is isn’t the point. Instead, the point is that a website provided some key information about the upcoming Bronco. Indeed, we use any information sources that we can find to bring added richness to the information flow about the Bronco. Indeed, another key source of information is the person who has seen the Bronco and has decided to talk about what he or she has seen.

And, that is the point of all of the information mining. We use many sources for our information. Whoever thought that getting advanced information about a vehicle or vehicles was easy is probably rethinking things now because it isn't.

The Bronco Will Feature Two- And Four-Door Versions

So, here is a quick summary of what we know right now from the retail site, as well as from personal reports: