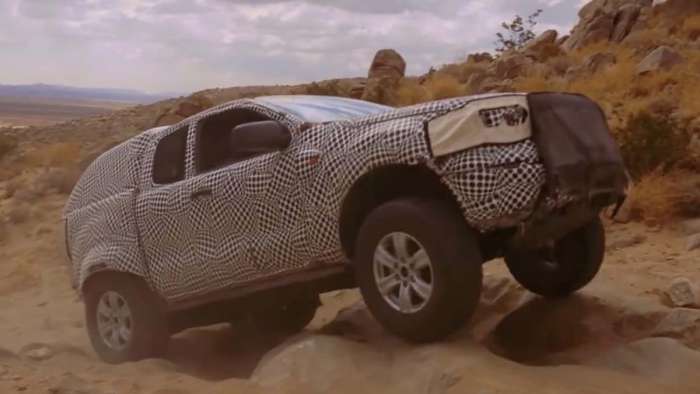 According to Ford, the two-door, four-door 2021 Ford Bronco will be revealed in March or April of this spring. Ford dealers were given more details at the National Auto Dealers Association (NADA) meeting last week, with the 2021 Bronco being promised and highly touted.
Advertisement

Perhaps Ford read the room at a gathering of the auto dealers in Las Vegas last week. The NADA meeting brings together many of the most prominent and influential car dealership owners together. It’s a great chance for them to hear about upcoming product lines and the vision for the car companies. Ford, likely sensing impatience, revealed some key information regarding the much-anticipated Ford Bronco during last week’s NADA meeting to a room full of Ford dealers.

The new Ford Bronco will be revealed in the spring. Now, I am not from Missouri, but subscribe to their motto of Show Me here. We have heard about a new Bronco coming since 2017, when Ford also mentioned the relaunch of the Ranger. The new Ranger has been out for two model years now already and we’ve yet to see much of anything from the Bronco except for spy photos. So, excuse my cynicism regarding this iconic vehicle and I’ll believe it when I see it.

Taking Ford on its word, according to what was said at NADA, the four-door Bronco is set to be unveiled sometime in March. There was no specific event revealed and there are no major car shows going on in March, so a more clear time frame cannot be assumed. But, Ford said at NADA that the smaller Bronco, with two doors, will be called the Bronco Sport and it will be revealed after the four-door version, in April.

We can assume this means at world debut of the small two-door Bronco Sport will occur during the New York Auto Show. But again, that’s just speculative at this point. But hey, since Ford has been less-than-forthcoming, speculating is all we can do.

Another tidbit we learned from NADA was that the Bronco Sport will be the first Bronco to go on sale. It’s expected that the 2021 Ford Bronco Sport will be available to the public late this year. Car dealers can expect to get the early orders of this Bronco in time for end-of-the-year promotions. Then, the bigger four-door Bronco will be available in the first quarter of 2021.

Ford expects to take aim at Jeep with the 2021 Bronco. Rather than concede the off-road SUV market to Jeep, the Bronco will be compared and contrasted to the Jeep’s Wrangler. Additionally, according to the information presented to the dealers at NADA, Ford expects total volume for both Bronco versions to exceed 200,000.

That’s a pretty big volume number for a new launch in a niche market. But, if any vehicle can draw the excitement and interest it’s the Bronco, which Ford includes amongst its icon vehicles, along with the Mustang the GT. So that’s some hallowed company to keep for sure. It’s hard to argue with the enthusiasm the Bronco generates.

What We Know About the 2021 Ford Bronco

The Bronco will share the platform with the Ford Ranger, which means it will be manufactured at Ford’s Michigan Assembly Plant. Ford confirms that the Bronco’s powertrain and rugged chassis will be based on their global T6 architecture. This means it will have a fully boxed, body-on-frame. This should be music to the ears of the enthusiasts as this will likely mean the Bronco will have amazing off-road abilities and be able to compete with the likes of the Jeep Wrangler.

Unconfirmed rumors hint that the Bronco may in fact have an aluminum body. This might give pause to some of the off-road enthusiasts, although very little issues with the aluminum body of the F-150 have been reported. Granted, you don’t often take the aluminum body F-150 over rocks or off the road. But still, Ford seems to have perfected the aluminum body and I don’t believe that will be a much of an issue for the new Bronco.

What Engine Will The 2021 Ford Bronco Have

Of concern to many is whether Ford will put the 2.3-liter Ecoboost engine from the Ranger into the Bronco. This engine makes 270 horsepower 310 lb.-ft. of torque. Old schoolers are still lukewarm about performance-oriented vehicles with such a small engine. But again, Ford has really revolutionized turbo boosting their engines and getting maximum power and performance. Still, I believe there’s going to be an Ecoboost option, but also hopefully something more powerful too (Bronco Raptor, maybe?). I wrote last week about Roush engines going into Ford Broncos.

According to public patents, Ford appears to be poised to have removable parts (doors and maybe even the roof) from the new Bronco. Again, that would be a real win for this vehicle and would appeal to the Bronco fans and also rival the Wrangler.

As impatient as many of us craving Bronco news have been, Ford has done a wonderful job of teasing the Bronco, including a video showing a new Bronco taking a pounding in the Baja desert. We get it Ford, it’s going to be a beast off the beaten path. Now let’s see it already! The anticipation is killing us! 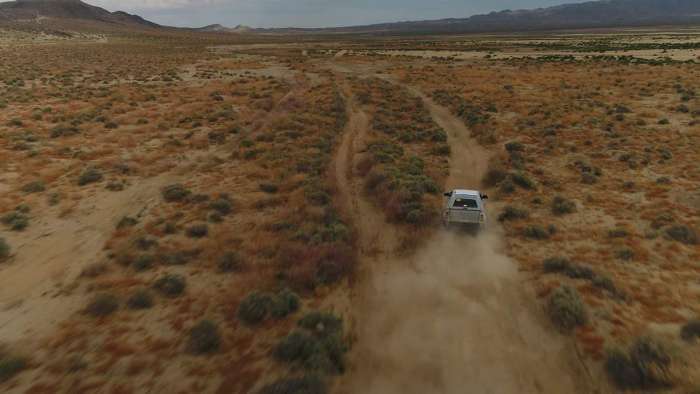 Jimmy Dinsmore has been an automotive journalist for more than a decade and been a writer since the high school. His Driver’s Side column features new car reviews and runs in several newspapers throughout the country. He is also co-author of the book “Mustang by Design” and “Ford Trucks: A Unique Look at the Technical History of America’s Most Popular Truck”. Also, Jimmy works in the social media marketing world for a Canadian automotive training aid manufacturing company. Follow Jimmy on Facebook, Twitter and LinkedIn. You can read the most of Jimmy's stories by searching Torque News Ford for daily Ford vehicle report.