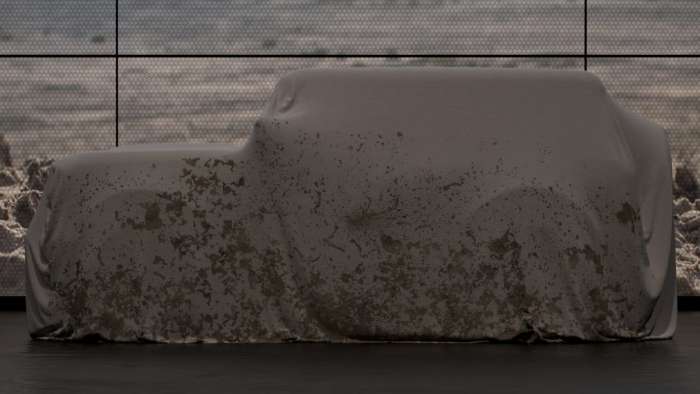 Ford is Planning a Bronco Pickup to Battle the Jeep Gladiator

The Bronco pickup isn’t scheduled to arrive until 2024, but a new report claims that development has been underway since before the Jeep Gladiator came to market.
Advertisement

The Ford Bronco is expected to return to the North American lineup for 2021, likely hitting the market sometime next year. It will be built on the same basic underpinnings as the new Ford Ranger, but we expect it to have a very different exterior design than the curvy compact pickup, being shaped more like the boxy classic Bronco – or a Jeep Wrangler. The Bronco is expected to go head-to-head with the Wrangler, with a stronger off-road theme than any of the other Motor Company’s SUVs.

While we expected to see the Bronco compete closely with the Jeep, what we didn’t expect was a pickup based on the new Ford SUV. However, since the Wrangler lends its design to the new Gladiator pickup, it makes sense that Ford would roll out a proper competitor to the Jeep pickup. According to the folks at Automobile Magazine, a Bronco-based pickup to challenge the Gladiator is on the way.

That being said, with the Ranger already on sale, filling the midsized truck gap in the Ford lineup, we have to wonder where a Bronco pickup fits.

When the new Ford Bronco arrives for 2021, it will be built on the same chassis as the current Ford Ranger, at the same Michigan Assembly Plant in Wayne, Michigan. However, it is unlikely that the Bronco will simply be an SUV variant of the Ranger. We expect that the Bronco will have much heavier duty suspension components to compete with the Jeep Wrangler in the rough off-road settings while also having a slab-sided design that should totally depart from the Ranger’s curves.

While the two vehicles will have a very different look and a very different purpose, it is a smart move by Ford to share whatever components possible to help reduce costs and increase profit while also occupying two key segments in the US market. The midsized SUV segment is one of the hottest in America and with the growth of the midsized truck segment, the return of the Ranger was a no-brainer.

That is an odd turn of events, but it just might work out for Ford. While the Ranger and Gladiator technically compete in the same midsized pickup segment, there is no question that they are totally different machines. The Ranger can go off-road, but the Gladiator was designed to do everything that the Wrangler can do while also offering the versatility of a pickup truck. The Ranger does not challenge the Wrangler in terms of overall capabilities so it is unrealistic to expect the Ranger to truly compete with the Gladiator.

With the new Bronco expected to be a proper competitor to the Wrangler, the Bronco pickup could offer far greater off-road abilities than the Ranger, taking a shot at the new Jeep Gladiator.

Ultimately, if the Bronco pickup proves to be a real thing, we aren’t likely to see it for 4 or 5 years, but the success of the upcoming Bronco SUV could play a major role in bringing the pickup version to market.