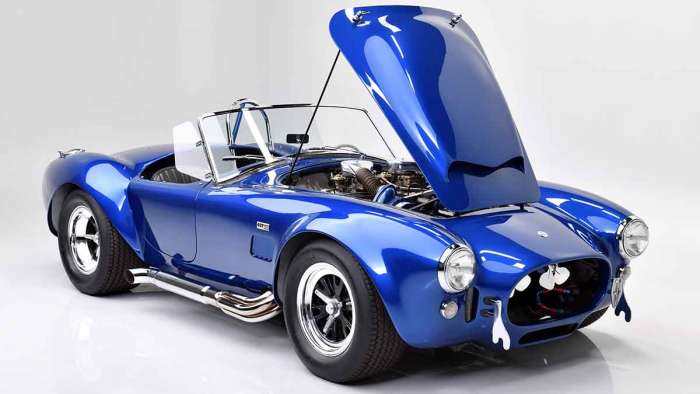 Only remaining 1966 Shelby Cobra 427 Super Snake to hit auction block at Barrett-Jackson. Shelby’s CSX Roadster is one of 17 high-end collector cars part of a private collection that will be one of the most sought, bid upon cars at Barrett-Jackson
Advertisement

Over the last couple weeks I’ve written some stories about special Mustangs that will hit the block at the upcoming Barrett-Jackson Auction in Scottsdale, Arizona including a special guitar-themed Mustang and the first production 2010 Roush Mustang. Barrett-Jackson will be held at WestWorld in Scottsdale March 20-27.

Perhaps even more impressive is one particular private collection of 17 vehicles that will certainly garner a lot of bids and a lot of attention. One in particular is a sports car that was called The Cobra to end all Cobras.

The only remaining 1966 Shelby Cobra 427 Super Snake, which was dubbed Carroll’s Cobra, is part of this collection and will be highlighted during Barrett-Jackson. 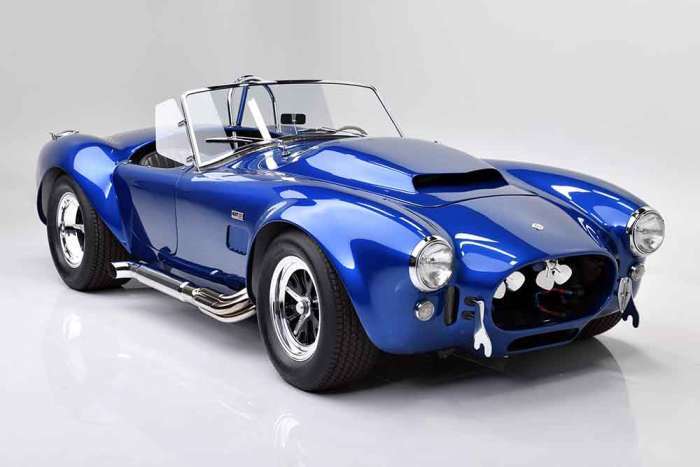 “CSX 3015 is arguably one of the most iconic, and important, American sports cars ever built,” said Craig Jackson, chairman and CEO of Barrett-Jackson. “In 1968, Road & Track called it ‘The Cobra To End All Cobras,’ and it has more than lived up to that standard. When it first crossed our block in 2007, Carroll was there and told the story of how he got pulled over by the Nevada Highway Patrol doing 190 mph in the car. Its sale ended up setting a new world record for any Shelby vehicle sold at auction. Carroll often said, ‘make history, then repeat it,’ and that’s exactly what we hope to do again. This car was truly ‘Carroll’s Cobra,’ and it, along with other incredible vehicles selling from this private collection, will make collector car history next month.” 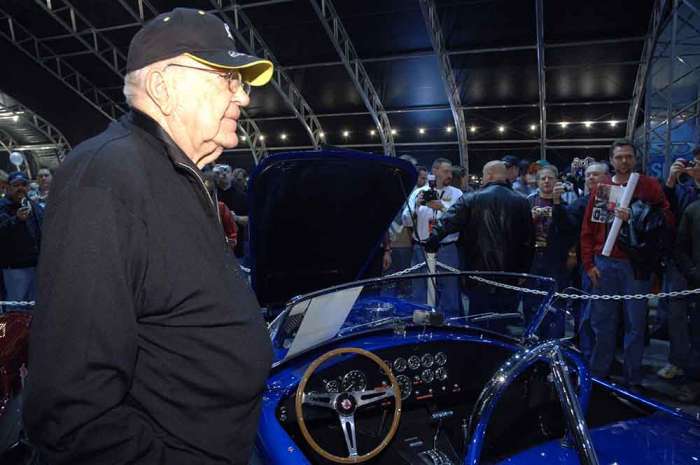 Carroll Shelby’s Cobra
The 1966 Shelby Cobra 427 Super Snake CSX 3015 (Lot #1396) is one of only 23 total 427 competition roadsters built. A year later it was transformed for racing legend Carroll Shelby into the Super Snake and reclassified as 427 Cobra Semi-Competition (S.C.). Shelby American added twin Paxton superchargers to the 427ci V8 and mated it to a 3-speed automatic transmission that could handle the massive power. The car was wicked fast and became a cultural icon. Also selling from the collection is a 1965 Shelby Cobra CSX 4000 Series (Lot #1353) continuation car, which was commissioned by Carroll Shelby and was the 21st sold to the public. 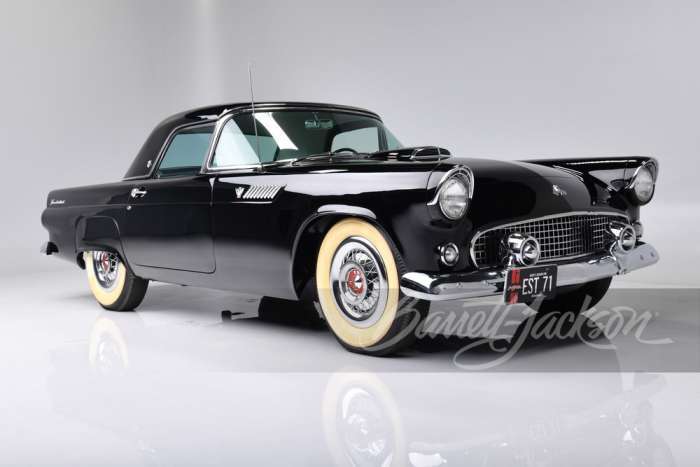 “The vehicles selling from this private collection are all absolutely spectacular, but the Super Snake is one of my all-time favorite cars in the world, bar none,” said Steve Davis, president of Barrett-Jackson. “From historic and late-model, domestic and import to supercar and muscle car, this private collection literally has it all. I’m really looking forward to being at WestWorld when these vehicles cross the block, making collector car history and finding new homes with the next generation of collectors.”

Four classic Chevrolets are included in the sale of this private collection, including a 1969 Yenko Chevelle (Lot #1355), which is one of only 99 built and the only one known to exist with a column-shift automatic transmission. A 1968 Chevrolet Corvette COPO convertible (Lot #1120) is the only one known to be finished in British Green with a Dark Orange leather interior. Powered by a 7.0-liter GM LS7 topped with a Magna supercharger, a 1969 Camaro Custom Coupe (Lot #1352) received a no-expense-spared rotisserie restoration. One of only 3,675 produced, a 1969 Chevrolet Camaro Indy Pace Car convertible (Lot #1121) is a genuine Z11-coded RS/SS Indy 500 Pace Car.
Barrett-Jackson is an absolute bucket list event for the car enthusiast. Getting a chance to see these kind of cars up close is amazing. And just thinking about all of these amazing cars in this private collection is hard to imagine how much they will all pull in. Gavels will be hit for sure over and over for these amazing cars.

Special thanks to Barrett-Jackson Auctions for the photos.

How much do you think Carroll’s Cobra is going to go for at Barrett-Jackson? Leave me your thoughts in the comments.

Tesla-Funded Research Reveals One of The Biggest Mysteries of EV Battery
Tesla Tesla Buyer Nets a Whopping $12,000 Discount After Asking for Reduction
END_OF_DOCUMENT_TOKEN_TO_BE_REPLACED