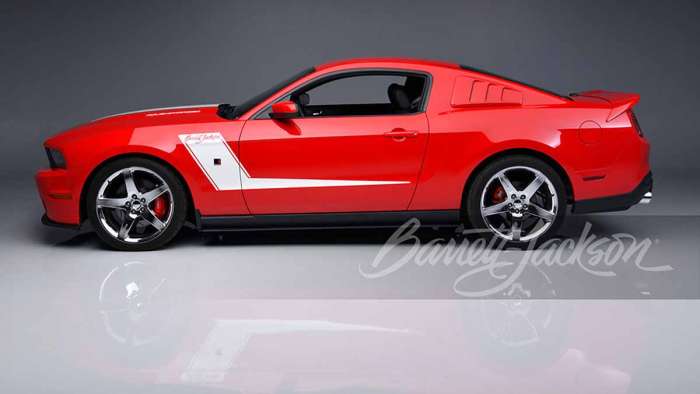 Special-edition Roush Mustang to be auctioned off for charity. Proceeds from the sale of the Mustang, which is one of only 25 will benefit the Michael Phelps Foundation.
Advertisement

Barrett-Jackson is a place where car collectors gather to drool, dream and if they’re wealthy enough, buy their dream vehicle. If you’ve never been to the Barrett-Jackson Auction in Scottsdale, Arizona, put that down as a bucket list event.

Olympic gold-medal swimmer Michael Phelps along with his wife Nicole be at the auction at WestWorld of Scottsdale, March 20-27, 2021. They will watch as a very special Roush Mustang hits the auction block with 100% of the auction proceeds going to benefit the Michael Phelps Foundation.

“We were honored to host Olympian Michael Phelps at Barrett-Jackson in the past, and we are very much looking forward to welcoming him and his wife Nicole to our March event for the auction of the very first Barrett-Jackson Edition Roush Mustang ever built,” said Craig Jackson, chairman and CEO of Barrett-Jackson. “Their commitment to promoting healthy, active lives through their important work with the Michael Phelps Foundation is admirable, and we are glad we can help their efforts through this sale.” 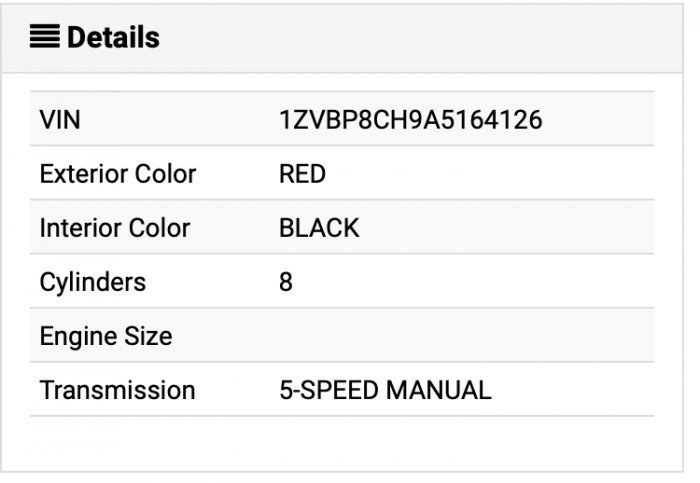 “Michael Phelps inspired us all during the course of his decorated swimming career,” said Steve Davis, president of Barrett-Jackson. “Translating his passion for swimming into helping youth and adults alike live more active lifestyles is just as inspiring. It will be exciting to see this incredible Barrett-Jackson edition Roush Mustang cross the block knowing that 100 percent of the hammer price will benefit his foundation and possibly inspire a new generation of Olympic swimmers.”

Now let’s take a closer look at this very special and beautiful Mustang. 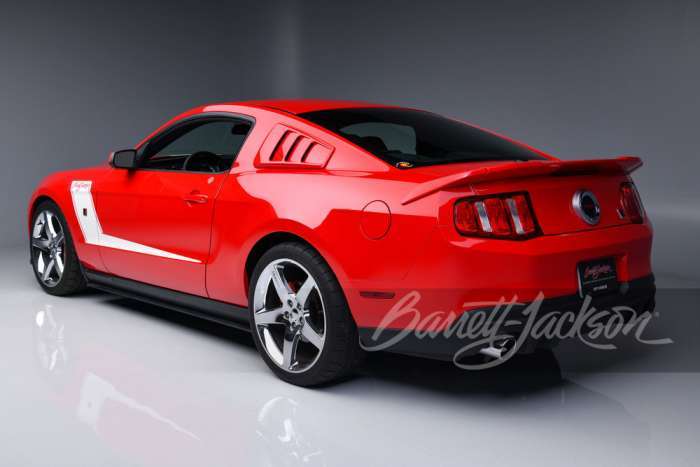 This limited-edition 2010 Ford Roush Mustang is the first of only 25 ever produced, the result of a collaboration between Sherwin-Williams, Roush and Barrett-Jackson. The car is powered by a one-year-only 540hp R2300 ROUSH supercharged performance V8 engine kicking out 510 ft/lbs of torque, which is mated to a 5-speed manual transmission. It also features forged internal components and a resonator exhaust, along with custom intake manifolds, intercoolers, radiators, cold-air induction, a thoroughly revised fuel system and an upgraded clutch. 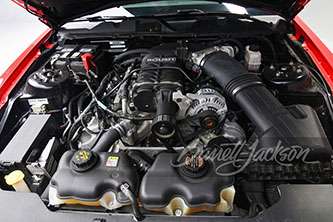 Interior enhancements include leather seats with an embroidered Barrett-Jackson logo, four-piece performance pedals, ROUSH illuminated sill plates and short-throw ball shifter. The car is decked out in Planet Color's Red Hot Chili Pepper paint with Snow White graphics and is numbered 001 on the customized production nameplate inside the cabin. The entire sale price of this Mustang will benefit the Michael Phelps Foundation, which was founded by Olympic Gold Medalist Michael Phelps upon returning home to the U.S. after competing in the 2008 Beijing Olympics. 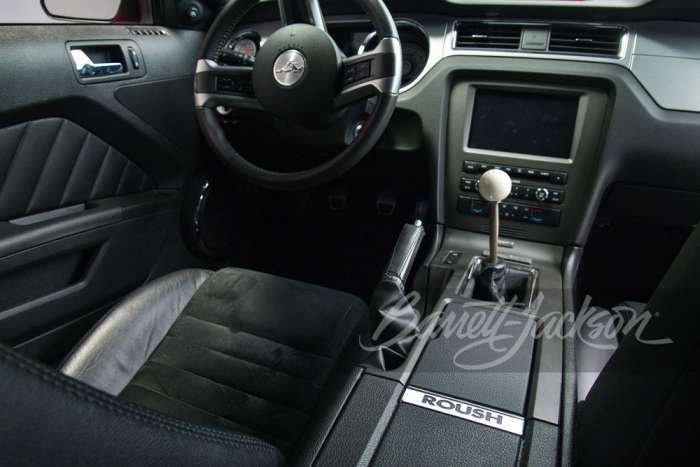 About the Michael Phelps Foundation
Established in 2008, the Michael Phelps Foundation (MPF) offers access to the same curriculum and principles that helped propel the best swimmer in the world. Along with a coalition of strategic partners, MPF has provided learn-to-swim, healthy living, and goal-setting curriculum to more than 100,000 people around the world through the Boys and Girls Club of America and Special Olympics International.

For more information on this auction visit the special edition Mustang’s page on the Barrett-Jackson website here.