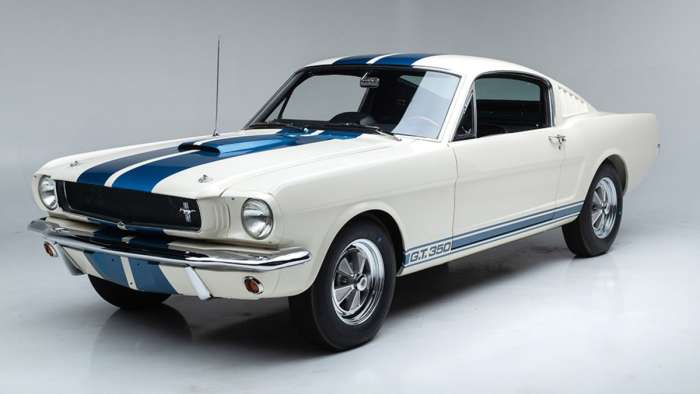 Barrett-Jackson, the best known car auction in the world is delaying its typical January dates because of the Coronavirus. Buyers will have to wait a couple of months to get the best Ford Mustangs and Chevrolet Corvettes on the auction block.
Advertisement

In the pre-COVID days, January used to be a car lovers’ dream! The CES Show in Las Vegas, the Detroit Auto Show and the Barrett-Jackson Auction in Scottsdale filled the month with excitement. Now, the Barrett-Jackson is the latest to change its dates because of the Coronavirus. Organizers say it will be delayed until the week of March 22, 2021 but aren’t yet releasing all of the the actual dates. Vehicles like this rare 1965 Ford Shelby GT350 will be auctioned in March.

“While every indication showed that our bidders, consignors and sponsors were behind our efforts to hold our auction next month, we decided it would be prudent at this time to safeguard everyone’s health,” said Craig Jackson chairman and CEO of Barrett-Jackson. “We determined that moving our event to March 2021 seemed like the right thing to do to avoid the coronavirus spike that is currently being predicted. We appreciate the support we have received from the City of Scottsdale and State of Arizona regarding this decision. We were widely praised for the safety protocols we put in place for our recent Fall Auction, and we want to be able to provide customers and fans the same safe environment and great Barrett-Jackson experience during our Scottsdale Auction this spring.”

Barrett-Jackson is known for high-end charity offerings and primo collector vehicles. They already are advertising a triple award-winning 1965 Ford Shelby GT350, as well as a 2018 Ford GT ’67 Heritage Edition for the 2021 auction.

Barrett-Jackson held an auction in October of 2020, with significant health precautions in place. They decided to postpone the January Westworld event after the recent spike in Coronavirus cases. They were also concerned about the potential spike that is predicted to occur after the holidays.

“This is truly an unprecedented challenge in our country’s history, and one we take very seriously,” said Steve Davis, president of Barrett-Jackson. “Our decision to delay the auction was made to protect the public’s safety and health. Our consignors have been very supportive, and we already have a fantastic docket of collector cars shaping up for the March auction. We look forward to delivering the Barrett-Jackson experience that enthusiasts enjoy at our flagship Scottsdale Auction in March of 2021.”

The Barrett-Jackson has raised millions for charities over the years. Often the Detroit Three automakers have auctioned the first production vehicle of a popular new model for charity. Last year, the 2020 Chevrolet Corvette Stingray with the vin #0001 sold for an amazing $3 million. The first mid-engine Corvette was the most anticipated American-made vehicle in the last ten years. Rick Hendrick of Hendrick Motorsports paid dearly for the opportunity to get the very first commercial production C-8 Corvette Stingray. The money was donated to a Detroit children’s charity called The Detroit Children’s Fund. Ford has auctioned several first edition Ford Mustangs over the years to raise money for JDRF, formerly known as The Juvenile Diabetes Research Foundation.