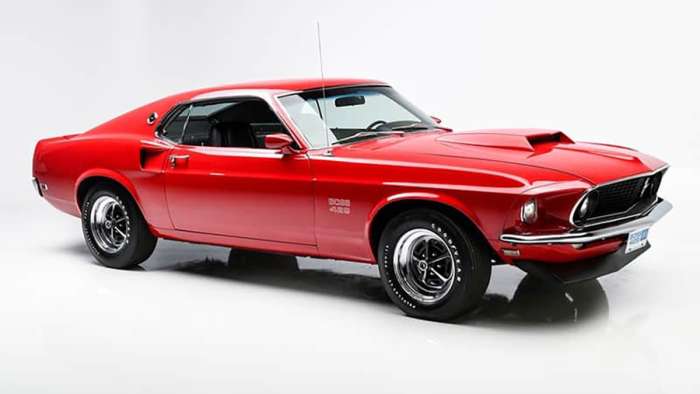 Thanks to my friends at Ford Performance who did a pretty cool story on some amazing pony cars that will be on the auction block starting today. As part of Barrett-Jackson’s Online Only May Auction, some rare and gorgeous Mustangs will be available.

But you better have a lot of money in your checking account to afford these beauties. Even if you’re just watching only it’s something to do while we self isolate. I already provided you a top 10 list of great Mustang movies earlier this week.

If you’ve blown through those and have the need for more Mustang goodness, then the Online Only May Auction by Barrett-Jackson has just what you want.

“We couldn’t be more excited with the diversity of the Mustangs we’ve consigned for our May 2020 online auction,” said Craig Jackson, chairman and CEO of Barrett-Jackson. “We’ll have nearly 100 premium collector cars with some incredibly rare Mustangs included. A model from nearly every decade is represented on our online docket, starting with a classic 1968 Shelby GT500 Convertible (Lot#236) to a rare 20th Anniversary GT350 Fox Body (Lot#114) with just under 5,000 original miles.”

According to Ford Performance, Barrett-Jackson’s Online Only May 2020 Auction will be run on the online auction platform Proxibid, so bidders and sellers alike will enjoy secure online transactions and an infrastructure that boasts 99 percent uptime. And if you’re looking to spruce up your man cave, the online auction will also include nearly 250 pieces of genuine Automobilia.

Here are some of the exciting and highly collectible Mustangs available on this latest auction. 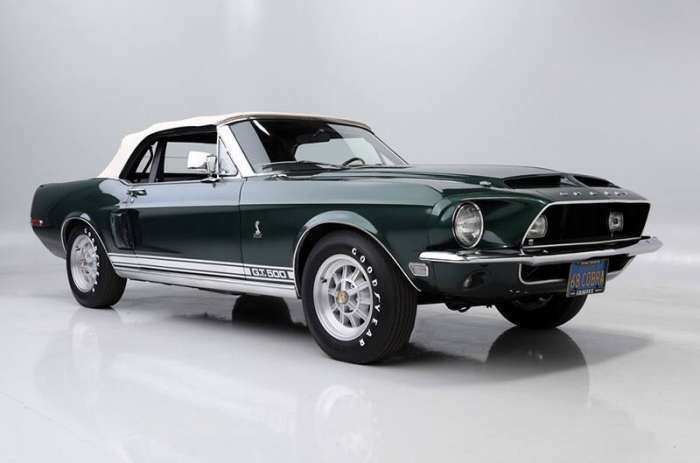 20th Anniversary GT350 Fox Body Mustang (Lot#114)
20th Anniversary GT350 with 4,804 original miles. It's powered by a 5.0-liter 302ci V8 HO 4V Holley engine paired with a 5-speed manual transmission. Garage-kept and has its original tires. It includes books, manuals and a Marti Report.
2014 Ford Shelby GT500 Super Snake Convertible (Lot#123)
This 2014 Mustang was modified by the Shelby factory in Las Vegas. It is powered by a 750hp 5.8-liter V8 engine with a 6-speed manual transmission and features 3.73 gears. This widebody convertible has 12,432 actual miles. 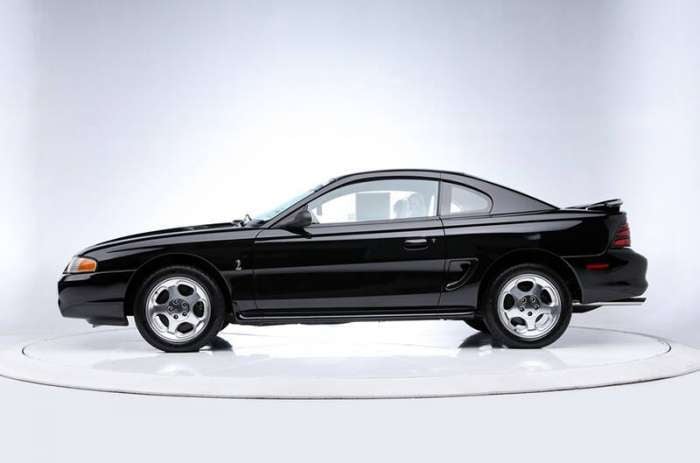 1995 Ford Mustang Cobra SVT (Lot#203)
Only 760 1995 Ford Mustang SVT Cobra two-door coupes were ordered like this one, in black clear coat with a black leather interior. Has just 108 actual miles. Powered by a 5.0-liter V8 engine and mated to a 5-speed manual transmission.

1968 Ford Mustang GT500 Recreation (Lot#213)
This 1968 Shelby Mustang GT500 re-creation is finished in Wimbledon White with Guardsman Blue stripes. Powered by a 428ci V8 engine mated to a 5-speed manual transmission. Title as a 1968 MUST COB. From The Auto Sport Collection.

So Mustangers, which of these awesome pony cars would you want the most? Leave me a comment and tell me which one interests you the most.