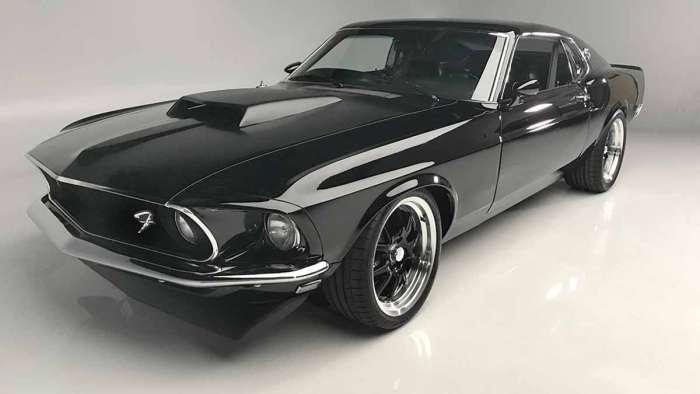 1969 was a great year. It was the high time for muscle cars and rock n’ roll! So it only makes sense to naturally combine these two. And combining two iconic names like Ford Mustang and Fender Stratocaster seems only natural.

And Barrett-Jackson Builds, the auction house’s custom build shop, has created a unique Mustang combining a classic muscle car with a classic guitar. The result will be one of the many amazing cars to see during Barrett-Jackson’s flagship Scottsdale Auction March 20-27, 2021, at WestWorld of Scottsdale.

“We’re excited to begin this project with Fender,” said Craig Jackson, chairman and CEO of Barrett-Jackson. “For years Fender guitars and muscle cars were the soundtrack of American culture, and this project presents a wonderful opportunity to pay homage to that time and showcase the spectacular skills of the Fender Custom Shop and the Barrett-Jackson Builds team.”

“If the Fender Stratocaster was a car, it would be a Mustang Fastback,” said Mike Lewis, VP of Product Development at the Fender Custom Shop. “Fender guitars are no stranger to the automotive industry, as there is much to be appreciated by both guitar lovers and automotive enthusiasts alike. Our collaboration with Barrett-Jackson showcases the pinnacle of Fender Custom Shop craftsmanship and creativity. The Shop is home to the best guitar builders in the world, who continue to push the limits of what’s possible. That’s why we’re called ‘The Dream Factory.’ Barrett-Jackson builds dream cars and we build dream guitars.” 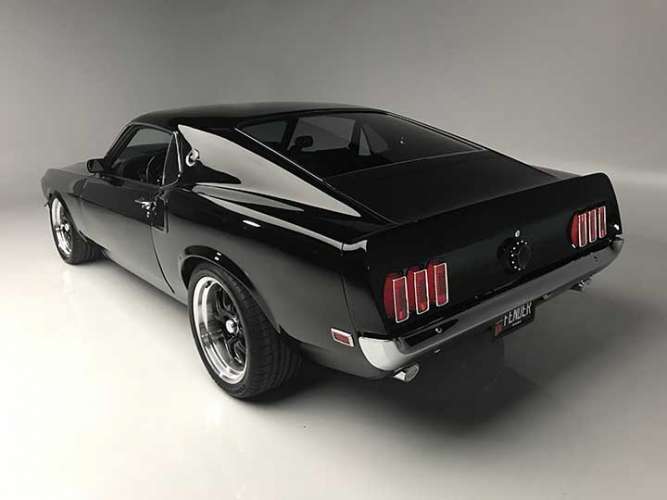 Barrett-Jackson Builds
Earlier this week, I reported on another classic, rare Mustang that will unveiled during the WestWorld Auction with proceeds going to charity.

If you’ve never been to Barrett-Jackson, it’s for sure a bucket list destination for car enthusiasts.

This Statocaster Mustang is part of a new digital series called “Barrett-Jackson Builds” that will feature collector car restorations meant to educate and entertain automotive enthusiasts documenting car builds and unique partnerships. From concept to completion and auction, the 1969 Ford Mustang Resto-Mod will be fully documented in a 10-episode Barrett Jackson Builds video series that will stream on Barrett-Jackson’s YouTube channel starting today.

The Barrett-Jackson Builds team includes famed Mustang builder Jason Aker, known for his work on the TV series “Fast N’ Loud.” No stranger to the Barrett-Jackson family, Aker has worked to restore several top-tier Mustangs with Craig Jackson. Tony Cano, also of “Fast N’ Loud” fame, brings a laser-focused attention to detail – as well as years of experience in fabrication and painting – to the project. Rounding out the team is Barrett-Jackson Vehicle Logistics Manager Jeff Catlin, who ran the company's Showroom Shop for a number of years. 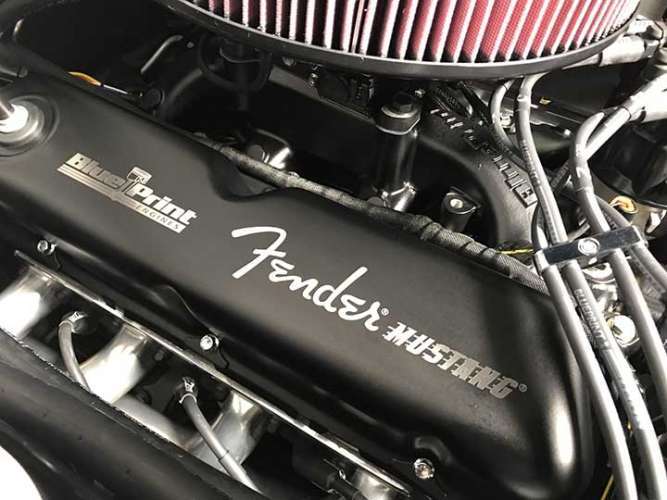 The Mustang is accompanied by a matching 1969 Fender Stratocaster designed by Fender's Custom Shop director and Principal Master Builder Ron Thorn. The Mustang is powered by a BluePrint engines 347ci V8. The stroked Ford small-block produces a dyno-proven 419hp and 436 ft/lbs of torque. The V8 is fed via a FiTech Performance fuel-injection system and features built-in nitrous hookups.

Speedway Motors provided a set of custom headers and a full exhaust system, and power is handled by rebuilt automatic transmission that sends drive to a 9-inch posi-traction rear end with 3.50 gears. The Mustang grips the tarmac thanks to a set of Continental Extreme Contact Sport tires wrapped around a set of custom painted 18-inch Rocket Attack Series wheels.

Bringing things to a halt is a set of Wilwood 12-inch-diameter vented brake rotors and 6-piston Dynapro calipers. The ample stopping power is backed up by a Wilwood Compact Tandem master cylinder.

For the ultimate in handling and performance, the Mustang uses a RideTech bolt-in 4-link rear suspension, HQ series coilovers and steering kit. Every panel was sanded and polished to the bare sheet metal and painted in gloss black with a contrasting matte hood and trunk. The hood sports a custom Boss 429-inspired scoop, and Billet Badges created special Fender badging and lettering.

It only naturally makes sense to bring together two icons – the Ford Mustang and the Stratocaster guitar. Are there two things that epitomize cool more than these? If I could afford to place a bid this would be a car I’d go in on. I love the 69 Mustangs anyway, so why not get something truly unique.

What do you think about this build? Leave me your comment below.