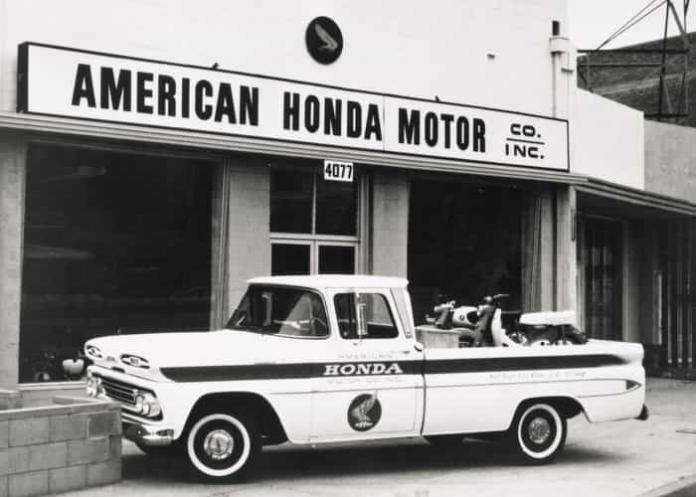 How Honda Became My Go-To Brand

At the risk of this sounding like a car commercial, let me say this — I’ve been driving Honda automobiles long before I began writing about them. I have an appreciation for many different brands and models, but I find myself returning to the Honda brand more often than any other.
Advertisement

It All Began With a 50cc Honda Trail Bike

My admiration and appreciation of Honda began long ago when I was a kid. My dad bought a little 50cc Honda trail bike for me that survived far more abuse than it ever deserved. At that age, I only knew two speed - full brakes or wide open throttle. And, wide open it stayed…in every gear…for hours each day from the time I came home from school until it became too dark outside to see. That tough little bike endured a daily thrashing for at least a year or two and only let me down once when I managed to break a gear in the transmission. Thankfully, my dad fixed it and I was back on the trails.

Later, I graduated to an 80cc trail bike that endured much of the same conditions and never broke down. It was followed by a 125cc Honda four-wheeler then a 150cc Honda scooter. Looking back, I’m amazed at how well they all held up given how hard I drove them.

I really didn’t know much about the brand when I got my first Honda bike - it just happened to be what my dad bought for me. He had owned a few Honda motorcycles when he was younger, but my family never owned any Honda cars or any foreign cars for that matter. We were mostly a Ford and GM family.

Growing Up Around GM

My grandfather was a mechanic with a fondness for GM vehicles. I spent a lot of time growing up around his shop watching him work on Chevrolets, Pontiacs, Oldsmobiles, and Buicks. I remember helping him rebuild starters, alternators, and carburetors before I was seven years old.

I believe it was these childhood memories that later developed into my preference for GM vehicles when I became old enough to drive. I had a few Fords, but GM brands were really my preference. As I got older, I began paying attention to brand ratings in magazines and noticed that there were always a few brands, including Honda, that seemed to receive high praise for their reliability and resale value.

See Also: Eight Things You'll Find in the Bed of a Honda Ridgeline

So far, I had become accustomed to regular trips to the dealer for warranty repairs and poor trade-in value. Not knowing any better, I just assumed this was part of automobile ownership. It didn’t occur to me until some time later that the Honda motorcycles I had as a kid were exceedingly reliable and held their value well.

The last vehicle I purchased before my first Honda was a Buick Regal. I almost bought an Accord, but decided on the Regal at the last minute. The Buick was a bit quieter, had a more powerful engine, more features, and a smoother ride. Those elements gave me the impression that the Regal was the better value at the time. Unfortunately, it spent more than its fair share of time at the dealer for various warranty repairs and was worth next to nothing when I finally traded it off several years later despite being as clean as the day I bought it.

The Regal served me reasonably well, but I always wondered if owning a Honda might have been even better. After finally buying my first Honda automobile, the first thing I noticed about it was how well it was built. Gaps were consistent, trim pieces fit together properly, and the car had a solid feel to it. The buttons has a precise movement and sound, all of the important controls were within easy reach, and there were many little details that gave me the impression that this car was well thought out instead of something that was thrown together and rushed down the assembly line.

After having owned the Honda for several months, it occurred to me one day that I hadn’t experienced one single problem with the car. Everything worked perfectly. There were no unusual noises. Nothing needed adjustment. It was essentially a perfect vehicle compared to what I was used to. Ultimately, I ended up buying several more Hondas since that time. I cheated on them a couple of times when I needed or wanted something that had no Honda equivalent, but the ownership experience has kept me loyal.

A lot has changed in the automotive industry and the world in general since my first Honda a decade ago. Honda has had some uncharacteristic slips in quality and design while other manufactures have made significant improvements. Even though the gap has narrowed, Honda remains my go-to brand for now. While I enjoy seeing, driving, and recommending other brands as part of my passion and interests for automobiles, Honda remains my personal preference.

Marc Stern wrote on October 9, 2017 - 10:34am Permalink
Roger, I couldn't tell from your piece when you had your first actual experience with an Accord. Mine was in 1974 when one appeared at my doorstep for a review for my newspaper column. Before that my brother and I rode around on an ancient StepThrough 50 that was nearly eaten by the deck of a drawbridge and a few trolly tracks, and later when my bro was riding his first 800 in the late 60s. I still don't know whether it was the wind whipping by us or my own screaming as my bro tore down Broad Steet in Philly at around 80 mph at rush hour between lanes. That puts the fear of the Lord into you. So, what was the timeline for your Accord? Indeed, I sold them for a bunch of years betwen 2003 and 2008, handled a pile of them all over New Engand on pickups and dropoffs and the like. And, if you may be wondering about my VW creds, I drove my first Beetle in 67 and later in 68 as my office vehicle with no clutch to speak of and from 1974 to 2002, regularly, starting with the Rabbit diesel that (non-turbo) that couldn't get out of its own way. I later worked on the used-car side of a VW/Honda dealership from 2003-05 when the dealer dropped the VW line. Like the Honda deal, I drove a ton of them around New England, my favorite of that era being the Passat VR6 stick wagon. That was a street rocket that no one seems to acknowledge. Handled like a charm. As I don't remember you writing a hello email to the team introducing yourself, I was just wondering after reading your Why Honda is your "Go-To" Vehicle. Regards, Marc Stern, VW Reporter, TorqueNews
Roger Maxwell wrote on October 11, 2017 - 10:37am Permalink
Your early experiences sound quite jaw-clenching! I didn't purchase my first Accord until 2006. My father had a couple of mostly-stock late-60s or early-70s VW Beetles that we occasionally took off-road. Those were some tough little cars that were incredibly simple. I learned how to drive a manual in one of them back when I had to sit on a pillow to see over the dash. :) I never owned any VWs, but have considered a Jetta and Passat on a couple of occasions. I like the simple, straight, and symmetrical interiors that look upscale for the price. I think some reliability and resale value concerns are mostly responsible for having kept me out of a VW over the years. I can't really put my finger on exactly why I keep coming back to Honda - perhaps its my comfort level and familiarity with the brand along with my past experience of reliability with very good residual value. I enjoy driving most anything, but for the last decade I find myself returning to Honda as my default brand. Of course, that's always subject to change.
Walter Jackson wrote on October 13, 2019 - 8:58am Permalink
I purchased my first Accord in 2005. It was a basic stripped down DX. I was at that time a courier and ended up 6 years later, with 618,000 miles on the odometer before a teenager collided with it in the middle of the night. I loved that car and have only bought Honda’s- 3 Accords and 1 CRV- since.