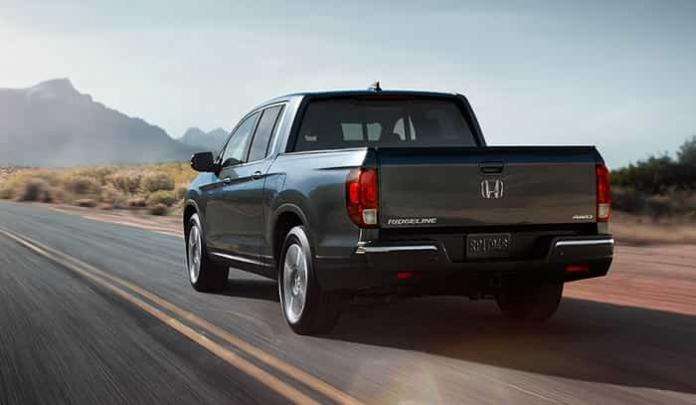 How the 2017 Honda Ridgeline Turned My Frown Upside Down

I have to admit I was almost angry when I first saw the all-new 2017 Honda Ridgeline after having owned three of the first-generation models.
Advertisement

When I saw the busy, curvy front-end styling copied almost exactly from the 2016 Honda Pilot, I thought it came across as too car-like and over-styled. Trucks are supposed to have angular, intimidating faces, right? Not necessarily. I've come to realize the Ridgeline's front end is aerodynamic, functional, and, dare I say, stylish. I now appreciate that the 2017's styling is more upscale and luxurious.

The black plastic trim surrounding the lower perimeter gave me nightmarish visions of faded, chalky plastic that requires constant treatment or replacement in order to maintain its new appearance. Then, I realized I never had a problem with fading on any of the exposed plastic trim on my previous Ridgelines. The Ridgeline's plastic formulation must be really good. After a year of sitting in the hot, Texas sun every day, the plastic still looks brand new without the use of any conditioners or protectants.

An old-school minivan from the 1980s was the first thing that came to mind when I saw the new seat-mounted armrests. I disliked them so much that I initially threatened to let them stand in the way of my purchase of a new Ridgeline. A year later, I now prefer the space they save, the easy access they allow to the roll-top storage console, and the isolation they provide between the driver and passenger so they aren't competing for a single armrest.

The moment I opened one of the rear doors, it hit a stop sooner than expected. Thinking it might be defective, I opened the other rear door with the same result. What was going on here? There didn't seem to be any obvious interference that would prevent them from opening to a greater angle. The reality is that I've been able to load various items and passengers have been able to enter/exit just fine despite the relatively limited opening angle.

What the Ridgeline lacks in bed depth is offset by the width. It can carry 4x8 sheets of building materials completely flat in between the wheel wells. I've hauled home the occasional building materials or appliances without the need for more depth. The trunk-mounted bed is a bit smaller, but it's still a unique feature along with the dual-hinged tailgate that opens both down and sideways. I still enjoy seeing people's eyes widen when they witness these features in action years after they first appeared on the Ridgeline in 2005.

Concerning the transmission, I was a bit disappointed that the 2017 Ridgeline didn't get Honda's newest 10-speed version in an era where automatic transmissions continue to gain additional gears. However, the 6-speed unit is a proven design that has been around for a while and proven itself to be reliable. It shifts smoothy, quickly, and intelligently and fulfills the Ridgeline's intended duties nicely.

I am not sure why I tried to dislike so many things about the all-new 2017 Honda Ridgeline. Perhaps it was because I'm human and somewhat resistant to change. Sometimes, change is good as the 2017 Honda Ridgeline has proven to me over the last year.