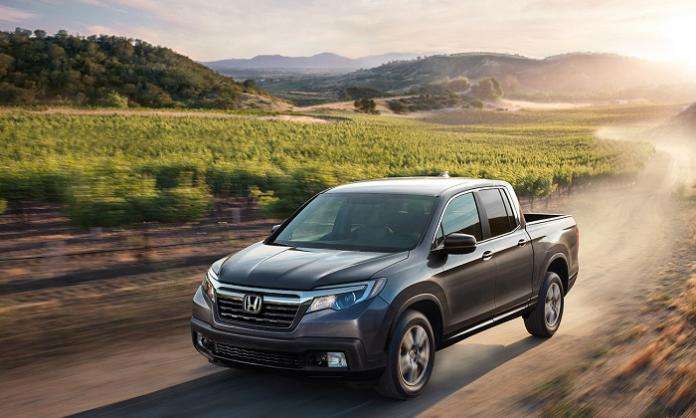 Originally introduced in 2005 as a 2006 model, the mid-sized Honda Ridgeline represents a significant departure from traditional pickup truck design.
Advertisement

Not only are its high, sloped bed rails both unconventional and controversial, but so are the use of a transversely-mounted engine, unibody construction, and fully-independent suspension. "Real truck" owners frequently dismiss it as a wimpy, underpowered, overpriced minivan-with-a-bed.

It turns out that many of these unusual elements work to the Ridgeline's advantage. The one piece, unibody construction yields excellent safety ratings. Since the 2009 model year, the Honda Ridgeline has received the IIHS's highest crash ratings while earning it a Top Safety Pick. For 2017, models equipped with LED headlights earned a Top Safety Pick+ rating - the only pickup truck to do so.

Other unique features of the Ridgeline that set it apart from traditional pickup trucks are a dual action tailgate that is hinged on both the bottom and left side along with a lockable, weather-resistant trunk located in the bed that also houses the spare tire. The four-wheel independent suspension allows the truck to handle more like a sedan than a pickup.

The Ridgeline is rated to tow up to 5,000 lbs. and its cargo-carrying capacity exceeds that of some other pickups. A dent and rust-resistant composite bed is another standard Ridgeline feature.

Initially, sales were steady before facing a sharp decline during The Great Recession. Sales declined again due in part to the 2011 Japan earthquake. By 2014, the Ridgeline had received only minor updates during its decade-long production run. Absent for the 2015 and 2016 model years, it returned as an all-new model for 2017 sharing much of its design with the Honda Pilot except for the obvious bed and some stronger suspension components that are more suitable for the intended duties of the Ridgeline.

Honda gave the new Ridgeline a more conventional appearance by eliminating the sloped bed rails, matching the height of the tailgate with the bed rails, and implementing a simulated gap between the bed and cab. The front end styling has drawn some controversy, but it is more aerodynamic and makes the Ridgeline stand out against the competition.

Those looking to tow ﬁfth wheel trailers, go rock crawling, or roll coal will need to look elsewhere, but for the real-world needs of many, the Honda Ridgeline continues to oﬀer more cargo and towing capacity than many traditional pickup buyers will admit to while oﬀering a ride quality and level of quietness that rival many luxury sedans.

Parks McCants wrote on September 19, 2017 - 10:45pm Permalink
Welcome Roger. Honda's been very transparent as to the towing capacity of Ridgeline. Where this truck truly excels is in extended highway travel. Quiet, comfortable, and fuel efficient, I like Ridgeline for the long-drive. My old-school Ridgeline owning friends prefer the body language of the first generation Ridgeline. However, we' had an 09' in the extended family until last year, not as refined or powerful as the new generation offering. You can't beat the new truck's combined MPG due to superior low drag coefficient, a new transmission, and improved engine management. Sure, I'd make a couple of changes beginning with the factory wheel and tire size, they look disproportionate to the overall body design; but that's just me. Otherwise, I love driving it.
Roger Maxwell wrote on September 21, 2017 - 10:41am Permalink
I agree on all points. Being part sedan, part SUV, and part pickup, it does many things very well and is a smart vehicle choice. If I were given the choice of only one vehicle to meet all my daily and weekend needs, it would be a Ridgeline. There are many other choices I could have made, but time and time again I've kept coming back to the Ridgeline as my personal vehicle.

Panasonic Updates Profit Forecast, Noting How Much Tesla Batteries Help The Jump
2022 Porsche 911 GT3 Laps Nurburgring in 7:04 With Journalist Behind The Wheel
END_OF_DOCUMENT_TOKEN_TO_BE_REPLACED