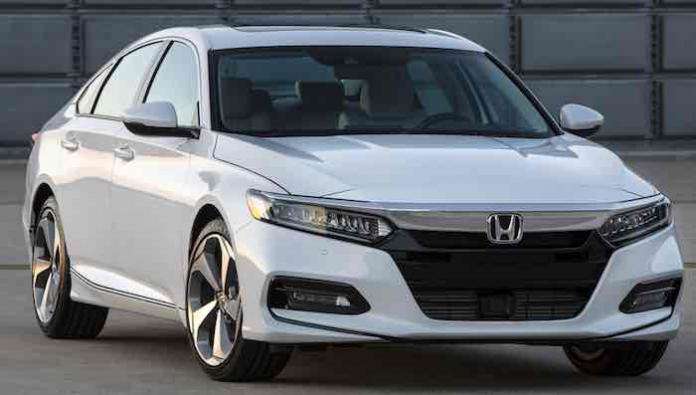 Honda began offering a V6 engine in the Accord in 1994. Twenty-three years later, the Accord has returned to its four-cylinder roots. Will these new four-bangers put off V6 buyers or will they gain a whole new level of respect?
Advertisement

Among the changes to the all-new 2018 Honda Accord were the elimination of it’s naturally-aspirated 2.4L four-cylinder and 3.5L six-cylinder engines that have served it well for years. The 2.4L engine was a fine choice for the Accord. It was reliable, efficient, and provided adequate power for most needs. Those wanting more power and smoothness could opt for a model equipped the 3.5L V6. For 2018, the Accord uses turbocharged versions of much smaller 1.5L and 2.0L four-cylinder engines.

A version of the 2018 Accord’s 1.5L turbocharged engine has been around for almost two years beginning with the 2016 Civic and more recently, the 2017 CR-V. So far, owners don’t seem to be reporting any significant issues which is a good sign. Honda must also have a lot of confidence in it considering this engine is used in their most important vehicles including the Civic, CR-V, and now the Accord. Even with similar levels of horsepower and torque to the 2.4L it replaces, a broader torque curve should improve acceleration feel and result in greater fuel economy.

Though the 2018 Accord’s 2.0L turbocharged engine is down a bit on horsepower compared to the 3.5L engine it replaces, it has more torque which should cover a much wider RPM range. This big-displacement level of torque should propel the new Accord with even more authority than before. Although I haven’t had the opportunity to drive the new Accord yet, I suspect the 2.0L engine won’t need to offer any apologies to V6 buyers. There are other merits to an inline four-cylinder engine over a V6 as well. Since the I4 has only one cylinder bank, it is mechanically simpler than the V6 resulting in fewer moving parts.

Smaller Engines Are the Future

The decline of the V6 in favor of small, turbocharged four-cylinder engines has been going on for a while and will almost certainly continue until six-cylinder engines are as rare as Ford Pintos that don’t burst into flames when struck from behind. Not long ago, I never imagined Ford would now use a tiny 2.7L V6 engine in a full-size pickup that was capable of towing 8,500 lbs. or that Cadillac’s $60,000 CT6 Luxury sedan would be powered by a four-cylinder engine. Even BMW and Mercedes-Benz have embraced them in their mid-range models. Honda have long been known for outstanding four-cylinder engines and I expect that tradition to continue in the new 2018 Accord.

Grace wrote on July 5, 2021 - 7:53am Permalink
This is a Nice Blog, Thanks For sharing your knowledge!! I replaced my old Honda Accord car engine with Used Honda Accord Engine from Autoparts-miles.com.