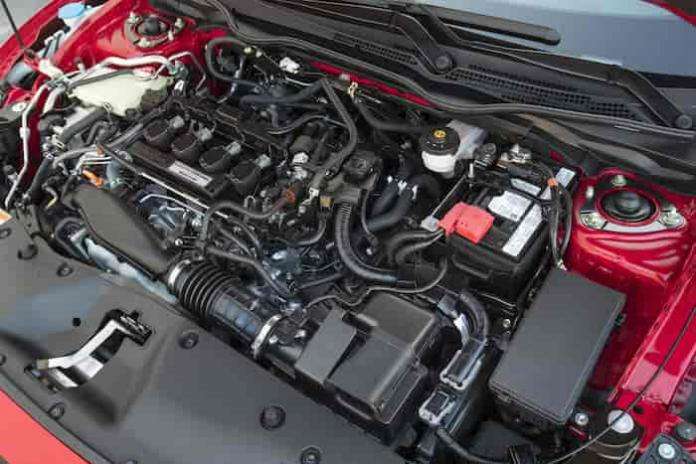 Getting more power out of your Honda Civic is as simple as connecting your laptop computer, but there are consequences. Is it worth the risks to gain a competitive edge? Read on for my take on the practice.
Advertisement

I've always been the type of buyer who meticulously maintains a vehicle such as my Honda Civic Si in its stock condition for as long as possible. That means using genuine factory maintenance and repair parts and avoiding the addition of anything that might destroy or alter the vehicle from the condition in which it originally rolled off the assembly line. Is this really necessary? No, but it helps satisfy my desire to maintain that new-car feel.

As long as automobiles have been in existence, there have been people who wanted to make them faster. Back when vehicles had carburetors and mechanically-controlled transmissions, improving performance often meant disassembling, modifying, and reassembling major components such as the engine and transmission. This required a significant investment in time and/or parts.

The move to computer-controlled engines and transmissions in the 1980s opened up new ways of gaining horsepower that were much simpler for owners. In earlier fuel-injected cars, a new computer chip with a modified program could be installed that would change the operating characteristics of the engine.

In recent years, the computers that control engines and transmissions moved away from permanently programmed memory to reprogrammable memory. Instead of having to physically replace a chip, the existing computer can be reprogrammed with a laptop or other device connected to the vehicle's on-board diagnostic connector.

Regardless of which method is used, the goal is generally the same - to allow the engine to produce more power than the manufacturer intended by altering parameters such as engine timing, air-to-fuel ratio, boost levels, valve timing, and more. These increases in power come with side effects such as decreased reliability, decreased fuel economy, and voided warranties. In addition, many of these tunes aren’t legal for use on public roadways.

Your Laptop Can Make Your Civic More Powerful

One popular tuning tool for the Honda Civic advertises the addition of 27 horsepower and 40 pound-feet of torque to the Civic Si and up to 25 horsepower for the regular turbocharged Civic. That’s a significant improvement considering you don’t even have to open the hood of the car to achieve these gains.

Let’s be real, though - there is no magical program that will give your Civic more power while maintaining the factory levels of drivability, efficiency, and reliability at the same time. If you’ve got the funds and don’t mind taking the risk, tuning your vehicle to see just how much power it is capable of generating can be very satisfying, but be sure to consider the trade-offs.

Details regarding specific procedures involved in tuning along with recommendations for tuning tools were intentionally omitted from this story. It's important to consider the potential risks associated with tuning before proceeding. Tuning tool manufacturers offer specific information on pricing, compatibility, hardware requirements, installation procedures, and support.