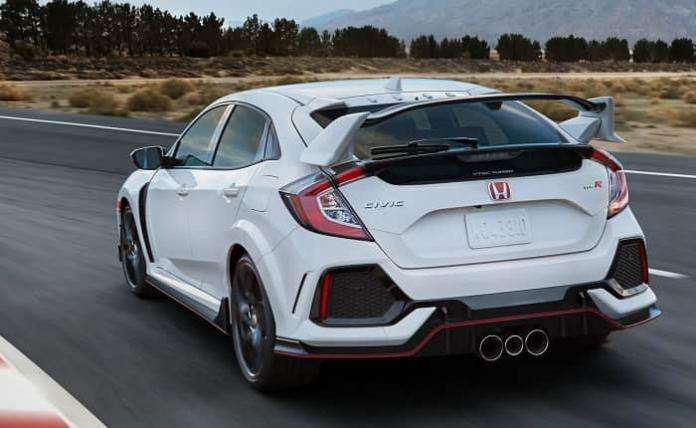 How Dealers Damage Their Reputations with Civic Type R Pricing

When the 2017 Honda Civic Type R went on sale in June, dealers were demanding prices as high as $20,000 to $25,000 over the car's $35,000 MSRP. Few buyers reported being able to purchase a Type R anywhere near the factory sticker price.
Advertisement

Three months later, dealers are still asking $10,000 to $15,000 or more over Honda's suggest retail price, though patient and determined buyers have reported buying the car for as low as a few thousand dollars above MSRP. A few "lucky ones" have been able to scoop one up for sticker price.

When the first shipment of the Honda Civic Type R began arriving at dealerships, the most impatient enthusiasts were glad to be one of the first to own one without much objection to high markups. These buyers reported paying thousands of dollars over the sticker price in additional markup and/or high-profit accessories. At least one dealership in Texas even tried holding a buyer's Civic Type R hostage in the showroom for three months after purchase to generate traffic at the buyer's expense. Really?

Enthusiast forums are littered with hundreds of pages of shoppers who have reported that salespeople and other dealership employees have been spreading misleading or incorrect information about availability. Other potential buyers became angry towards dealers and accused them of price gouging.

The 2017 Honda Civic Type R certainly deserves attention, but I imagine Honda is very displeased with the negative shopping experiences that potential buyers are complaining about. Priced as Honda suggests, the Civic Type R is a very compelling value. Pricing the vehicle as high as 170% of sticker price, however, discourages shoppers and moves them to competing or inferior vehicles that don't have such high markups.

Such high markups at the dealer level reduce sales of the Civic Type R. Honda responds by decreasing production in order to keep inventory levels from rising too high. With less production, there are fewer Civic Type Rs available which in turn makes the car more rare than Honda may have intended which in turn prompts dealers to play up the exclusivity as a justification for continued markups. See the vicious, repeating cycle here?

Also See: The Honda Civic Has Finally Grown Up

I get it. Dealerships exist to make a profit. The problem I see here is that dealers are being unnecessarily greedy and if they continue with their current practices they may end up wiping the Civic Type R out of existence before it has a chance to bury its tires in the asphalt.

Prices increase when demand is greater than supply. As of September 2017, there are only about one or two Civic Type Rs listed for sale for every ten Honda dealerships in the US.

For now, it looks like dealers are choosing to hold on to their Civic Type R inventory by pricing them high enough to discourage buyers and instead using them as conversation pieces to generate traffic. Some dealers are requiring buyers to show up in person before they will even disclose their asking price. Getting potential buyers in their showroom gives dealers an opportunity to try and sell that person a Civic Si for half their asking price of a Civic Type R or maybe even the cool, all-new 2018 Honda Odyssey. (Did I just use the word "cool" to describe a minivan? Why, yes - I believe I did!)

Rob Merenda wrote on September 23, 2017 - 8:11am Permalink
I put a deposit down in June at a dealership in Canada (Whitby Oshawa Honda) and when I went to sign the bill of sale 2 weeks ago they added 10k in extended warranties and accessories plus a finance rate of 5.99% instead of the posted 4.24% minus 1% for loyalty. I walked out and got my deposit back. Called Honda Canada and basically they did nothing... disappointing.
Red wrote on September 27, 2017 - 6:08pm Permalink
Yeah man.... You got screwed. It is ILLEGAL to mark up any price of ANY vehicle in Canada. ILLEGAL. Period. Irs under the consumer protection act.
Roger Maxwell wrote on September 23, 2017 - 11:23am Permalink
Unfortunately, you're not alone in your experience. I keep hearing these types of stories over and over.
Paul S wrote on June 24, 2018 - 2:25am Permalink
My local Honda dealer took bids for their Type R before it got there, but $10-15,000 over sticker was just for starters. 'No test drive when we do get another one.' I wound up getting an Si and know I made the right decision. Hated to reward greed and obnoxiousness- 1 of their allotment of four went to the dealer's son- but otherwise they were okay and I drove a hard deal. I blame Honda for not producing enough of what is obviously a high demand car. Love the Si, just would have liked the choice.By comparison Ford was happy do let me test drive the Focus RS, and I have been treated well at Lotus, Porsche and Audi. But I have to show $45k liquid and put a deposit down to maybe test drive a Honda? This is how you take a selling point and turn it into a sore point with your customers.