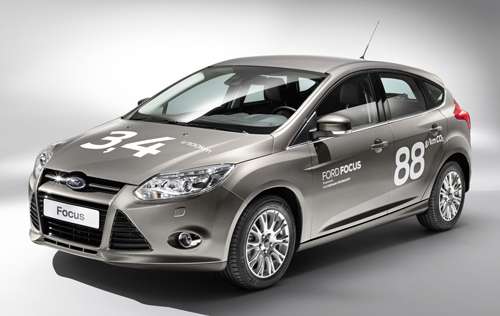 Currently in the US, gas is at the lowest prices we’ve seen in years, but in Europe, despite the slow economy, one third of auto buyers are willing to shell out extra hard-earned Euros for a car with higher mileage and lower emissions.
Advertisement

Ford’s survey specifically revealed one in three Europeans would spend more for a greener, i.e. more environmentally friendly car, despite the fact a full 71 percent have reduced total spending outlays thanks to the recession.

The study also indicated in the Old World, 53 percent take climatic change very seriously, labeling it the number one issue in the world, while 57 percent would readily select a greener and more environmentally conscious lifestyle.

“The survey shows that even in economically difficult times there is a clear desire for vehicles that are more environmentally friendly,” said Barb Samardzich, vice president Product Development, Ford of Europe. “Ford is extremely focused on meeting this demand now and in the future, and this goes hand-in-hand with delivering products that help reduce running costs.”

Ford picked The Futures Company, a leading consultancy firm, to conduct the research to provide a better understanding of European opinions and attitudes across a wide array of mobility issues, including car sharing, green driving and the future of internal combustion engines

Other results indicated that for 71 percent, fuel-efficiency is a highly motivating factor in car choice. Also revealed was a tendency of 60 percent towards carmakers conscious of and concerned with the environmental impact of their manufacturing processes. In Europe, apparently, 68 percent actually endeavor to drive with greater fuel efficiency.

This is probably as result of the simple fact that regular unleaded gasoline has cost far more in Europe for decades. A sign in Denver today proclaims it at $2.84 a gallon. Many denizens of the Old World would drive a long way to get gas at that price.

All this is working out well for Ford and just what they wanted to hear – they have been working hard to improve their fleet’s average mileage and produce more cars right up the surveyed Europeans’ alley.

To illustrate, EcoBoost powered variants of Fiesta and Focus are Ford’s most fuel-efficient vehicles ever in Europe, using only 3.3 to 3.4-liters per 100 kilometers respectively.

Further, Ford’s efficient, powerful 1.0-litre EcoBoost engine was named the 2012 International Engine of the Year and is currently available in many models, including the seven-seat Grand C‑MAX.

During 2013, Ford will debut its first ever zero-emissions passenger car in Europe, namely the Focus Electric, to be followed soon by hybrid and plug-in hybrid variants.

In addition, the Ford Eco Mode coaching system, now available in the Fiesta, helps driver awareness of fuel-efficient driving techniques with petals on three flowers related to shifting, speed and anticipatory inputs. This system is capable of producing driving skills resulting in 10 percent fuel savings over a long term.

“The majority of car buyers prefer fuel-efficient vehicles, even if only a minority feel they can afford to invest in one given the current economic climate,” said Andreas Ostendorf, vice president, Sustainability, Environment & Safety Engineering, Ford of Europe. “Through its ECOnetic variants and range of 1.0-litre EcoBoost-equipped vehicles, Ford is ensuring a continued democratization of mobility as well as providing the right balance between climate protection, social equity and customer acceptance.”